Why I Bought PANK

The Rise and Fall and Rise of a Great American Journal

M. Bartley Seigel and Roxane Gay started PANK Magazine in 2006 to publish “emerging and innovative poetry and prose, publishing the brightest and most promising writers for the most adventurous readers.” Over the last nine years of its existence, PANK has been one of the most interesting, engaging and risky magazines on the scene, giving voice to great writers like Melissa Broder, xTx, Merrit Tierce, and many others.

I discovered PANK in 2007, and fell in love with its edge, its urgency—I started submitting and, like many writers, started receiving rejections. In 2010, I founded my own literary magazine, Fjords, eager to bring to the world the same kind of intense, innovative, and honest writing that Roxane and Matt were doing with PANK. As Fjords grew with each issue, and seemed like it would be sustainable, I realized I had an opportunity to approach Roxane and Matt not as a writer but as a fellow journal editor. So, in 2013 I suggested that the two publications do some ad swaps, an idea that was warmly received. The key moment in the story, however, took place at the following AWP conference, where by some grace of the universe the literary gods saw fit to put our tables side by side (Roxane: “…they knew, they knew…”). The relationship grew from there, and in early 2015 I hosted M. Bartley Seigel on the Transatlantic Poetry Series, while he was teaching over in Estonia…

And then came the heartbreaking news that PANK was going to shut down. I saw the announcement and thought almost immediately, “Maybe I should try to keep PANK going?” In October, I got my final rejection from the magazine and replied to Matt: “What would you think about my buying PANK?” I couldn’t stand to see a publication I loved this much shut down, a place where sophistication and edge existed together in the best new writing in the country. By the end of that month, we’d agree to terms.

John Gosslee is a writer, poet, and the founder of Fjords. 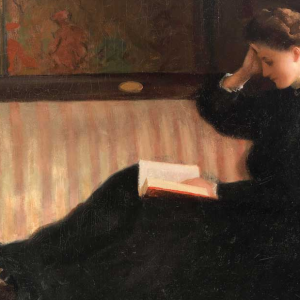 Readers, I come not to give you another Best Of list, but to make you think. I could do so in many ways, given the loose parameters...
© LitHub
Back to top