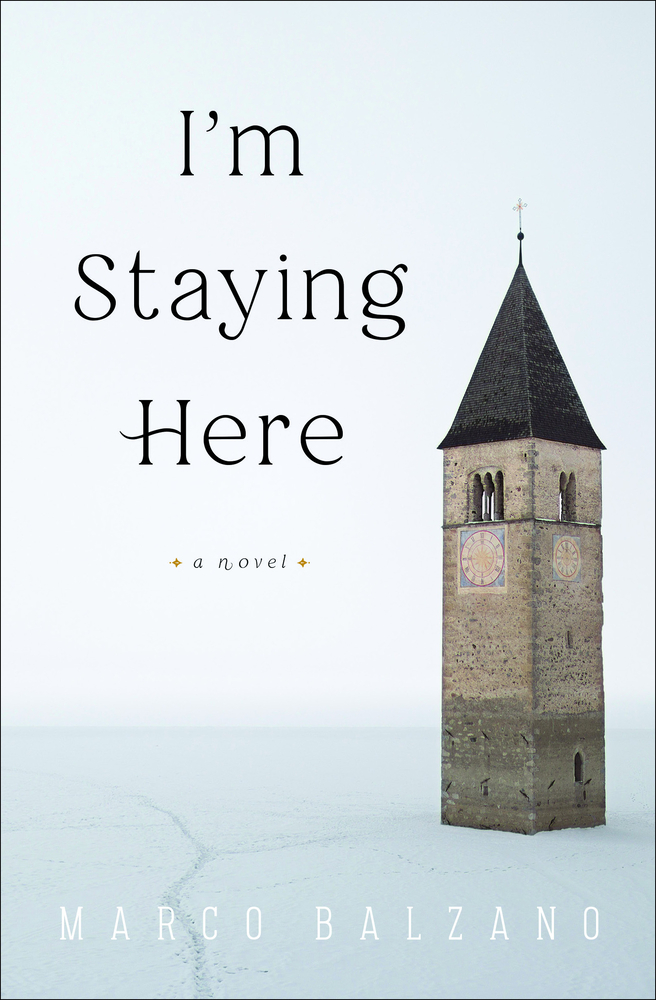 The following is excerpted from Marco Balzano's novel, I'm Staying Here, translated by Jill Foulston. Balzano was born in 1978 in Milan, where he lives and works as a high school teacher. He has written four award-winning novels, including Il figlio del figlio (Premio Corrado Alvaro) and Pronti a tutti le partenze. Foulston (translator) is a writer and editor as well as a translator. She is the author of La Vita è Bella: The Elegant Art of Living in the Italian Style.

In the spring of ’23 I was studying for my high school diploma. Mussolini had waited until the moment I was taking my diploma to shake up the schools. The year before, the fascists had marched on Bolzano, subjecting the city to a violent occupation. They burned the public buildings, beat people, drove the burgomaster out by force. And as usual, the carabinieri stood there watching. If they hadn’t folded their arms, just like the king had the year before, fascism would never have survived. Even today, I find it unsettling to walk through Bolzano. Everything seems hostile to me. There are so many signs of the twenty-year fascist regime, and seeing them again makes me think of Erich. How angry he’d be!

Until that time, life had kept pace with the rhythm of the seasons, especially in these border valleys. Like an echo that fades away, history seemed never to have reached them. Our language was German, our religion Christianity, our work was in fields and cowsheds. Nothing more was needed to understand this mountain people, to whom you also belong, if for no other reason than that you were born here.

Mussolini renamed streets, streams, mountains… those assassins even molested the dead, changing inscriptions on tombstones. They Italianized our names, replaced shop signs. We were forbidden to wear our traditional clothes. Overnight, we ended up with teachers from the Veneto, Lombardy and Sicily. They didn’t understand us and we didn’t understand them. Here in the South Tyrol, Italian was an exotic language, something you heard on the gramophone or when a salesman from Vallarsa came up the Trentino on his way to do business in Austria.

Your rather unusual name immediately imprinted itself on people’s minds, but for those who couldn’t remember it you were always Erich and Trina’s daughter. They said we were two peas in a pod.

“If she gets lost, someone will take her home!” the baker muttered, and he’d greet you by pulling faces with his toothless mouth. Remember? Whenever you smelled bread in the street, you’d drag me by the hand to buy you some. There was nothing you liked better than warm bread.

I knew everyone who lived in Curon, but I had only two friends, Maja and Barbara. They don’t live here anymore. They left years ago and I don’t even know if they’re still alive. We were such close friends that we went to the same school. We couldn’t go to the teachers’ training school because it was too far away, but it was a great adventure going to Bolzano to take the annual exams. We roamed the city excitedly, finally seeing the world beyond the mountain and the pastures: apartment buildings, shops, busy streets.

Until that time, life had kept pace with the rhythm of the seasons, especially in these border valleys.

Maja and I had a real vocation to teach and we couldn’t wait to get inside a classroom. Barbara would have preferred to be a seamstress. She enrolled with us because “that way,” she said, “we can spend more time together.” Back then, she was my shadow. We spent our time accompanying one another home. At the farmyard gate, one of us would say to the other, “Look, it’s still light, I’ll go home with you.”

We took long walks, skirting the river or the edge of the wood, and during those walks, I remember Barbara was always saying, “If only I had your personality…”

“Well, you’re clear-headed and you know where you’re going, whereas I get confused about everything and I’m always looking for someone to hold my hand.”

“I don’t feel being like me is so great.”

“You only say that because you’re so hard to please.”

I shrugged my shoulders. “Well, I’d give my personality any day to be pretty like you.”

She’d smile then, and if there wasn’t anyone around, or if the sky was getting dark, she’d kiss me and say sweet things that I no longer remember.

With the Duce’s arrival, we realized that we were in danger of not finding jobs since we weren’t Italian. So all three of us settled down to study Italian in the hope that they’d hire us anyway.

That spring, we spent our afternoons by the lake with grammar books. We’d see each other after lunch, and one of us would arrive with some fruit in a napkin, another with her mouth full.

Maja would protest, slapping a notebook full of her doodling. “I wanted to become a teacher, but not in someone else’s language!”

“What about me? I wanted to be a dress designer!” Barbara said.

“My, my, listen to this witch… What do you mean, it’s not doctor’s orders?” Barbara protested, putting her red hair, which was always getting in her way, into a ponytail. Then she’d start telling us again that we had to go off and live together, and not get married.

“Listen: if we get married we’ll turn into slaves!”

When I got back home I’d go to bed immediately. I was always hungry for solitude. I’d crawl into bed and stay in the damp and dark of my room, thinking. I knew that whether I liked it or not, I was growing up and it troubled me. I don’t know if you have ever been afraid like this, or whether you’re more like your father, who saw life like a river. Me? Whenever I got close to any sort of change or goal, whether my diploma or marriage, I promptly felt like running away and throwing it all up in the air. Why do we have to keep moving forward in life? Even when you were born, I thought, “Why can’t I keep her inside me a little longer?”

With the Duce’s arrival, we realized that we were in danger of not finding jobs since we weren’t Italian. So all three of us settled down to study Italian in the hope that they’d hire us anyway.

That May, Maja, Barbara and I saw each other during the week, too, not just every once in a while, or at Mass on Sundays. We practiced that strange language, hoping that the fascists would appreciate our application and our diplomas. But since deep down we didn’t believe it ourselves, rather than studying grammar we often sat in a circle and listened to Italian songs on Barbara’s records.

A week before our written exams Pa gave me permission to sleep over at Barbara’s. It took some doing, but in the end I managed it.

“Well, one with an average of ten!” he said, hands spread. And Ma, who was sitting beside him darning socks, nodded. Ma took advantage of every spare minute to darn socks, since “if your feet are cold, you’re cold all over,” she’d say.

As it happens, I didn’t get top marks. It was Maja who paid for drinks and made the tart, as we’d agreed when school started. In Barbara’s view, Maja had only got a ten because her professor was a lech who was always ogling her breasts.

“I got a seven because of these two crab apples,” she protested, thrusting her breasts forward and weighing them in her hands.

“You got a seven because you’re a dunce,” Maja retorted. Barbara quickly grabbed her and they rolled over the grass. Squinting in the sun, I laughed as I watched them.

Our 65 Favorite Books of the Year

Why I Bought a Bookstore at 29 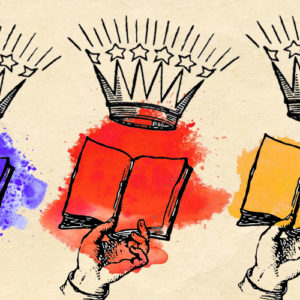 Our 65 Favorite Books of the Year In the year of our lord 2020, there was a devastating pandemic. Americans impeached and then ousted a tyrant from the highest...
© LitHub
Back to top