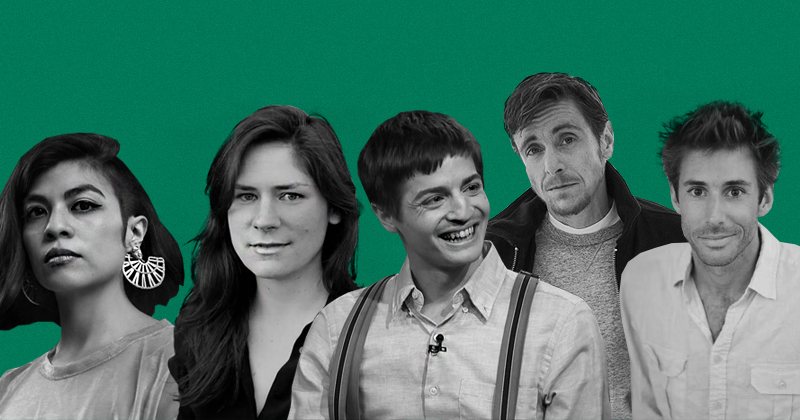 INGRID ROJAS CONTRERAS: I’d say it’s about Colombia, about war and violence born into the lives of women and girls, about the magical perception of reality that can run beneath the pressures of terror. It’s also a Hail Mary to immigrants, as well as those who are not lucky enough to migrate.

JORDY ROSENBERG: A friend described it as “mostly femme worship and apologizing.” I feel seen.

AARON THIER: They make a big show of telling you they’ve done some great thing, they’ve detected gravity waves, they’ve made a phone that recognizes your face, they’ve stewed up some new subatomic particles, they’ve figured out that humans are mostly bacteria, they’ve proven that the universe is invisible and nothing is real, and of course you get excited and run around holding your head. Why wouldn’t you? But then you stop and say, “Hold on, what does that have to do with anything?”

HANNAH PITTARD: Visible Empire is a story about the ways in which individuals and communities must reconstruct their live—whether they want to or not—in the wake of a large-scale catastrophe. It’s also an examination of privilege, misperception, and reinvention on the eve of sexual, racial, and cultural revolutions.

SIMON RICH: Changing your life in ways you never thought were possible.

AARON THIER: I was interested in road novels—that page-by-page renewal of possibility—and in the idea of the idea of “America,” whatever that is. Also, documentaries about atrocities! Also, the experience of welcoming a kid into an uncertain world! And of course it’s true that a large and terrifying political event transpired during the writing of this book, and that was an important influence too, although not in the way I’d have guessed. It was already a high-contrast book, shadows and light, and now the contrast seemed sharper. It’s a book about trying to carry on in a world in which none of us have the slightest bit of control over what happens.

INGRID ROJAS CONTRERAS: The way fog advances and at the bend of a wind simultaneously reveals and obscures landscape, the feeling of being high on a plane sinking in your seat with the feeling that you’ve left your homeland behind forever, the stories that haunt, the acquisition of a strange new language that displaces your mother tongue.

HANNAH PITTARD: Like many people, I spend a lot of time thinking about and reading about school shootings, church shootings, and stories from the news in which communities and individuals are forced—because of abrupt, unexpected, and inconceivable change—to learn new ways to navigate a world they once knew, a world that now, for them, is irrevocably altered.

SIMON RICH: The discovery of a weight-loss system so effective it will revolutionize the way people think about dieting and exercise.

JORDY ROSENBERG: Cascade of “mid-life crises”: some self-created, some imposed through the hand of fate.

AARON THIER: Publishing a book. Publishing a child. The thing where you keep moving and never get anywhere. Shimmering craziness! Palm trees. Blinding light. Perpetual sunburn. Busted Achilles tendon. The doubt and the fear and the conspiracy-theorist’s certainty that it all means something.

INGRID ROJAS CONTRERAS: Coffee in the day, and wine at night. Endless paperwork for application for a green card. A move from Chicago to California. Obsessive rearranging of the objects on my writing desk. Impostor syndrome. Obsessive staring at a plastic sheet pinned to the wall where I keep: (1) the polaroid I took of one of the few remaining objects belonging to my grandfather—a small bronze cast of hands cupped open which I placed in the triangular beam of light that fell in my grandmother’s yard that afternoon, and (2) a purple leaf that turned ochre as it dried which I took from Frida Kahlo’s Casa Azul garden in Mexico city.

SIMON RICH: I was making a scientific breakthrough that essentially turns the body into a fat-burning furnace, allowing you to get the body of your dreams while still eating all of the tasty foods you love. French fries, hamburgers, pizza—you name it.

INGRID ROJAS CONTRERAS: I dislike the word engrossing—only because it seems to me like a Frankenstein of a word too similar to the Spanish word engrosar, which means fattening.

AARON THIER: “Humorous” bothers me. What funny thing would you ever call “humorous?” I’m infuriated by the word “wordy,” and for obvious reasons it pains me to be “underappreciated.” A reviewer called my first novel “a cynical cop-out,” which stung at the time but now seems hilarious, so I guess that doesn’t count. “Ironic” is a bummer. Sometimes people call my books “different,” a nonsense word, and it makes me want to pound holes in the wall.

JORDY ROSENBERG: Some readers who did not like it on Amazon used the following: “overt sex,” “curse words,” “genitalia,” “pungent,” and “baffling.” In fact I like all these words, with the exception of “genitalia,” which I would replace with “erotogenic.” I do take some thrill in thinking of disgusting readers a little bit. I suppose there’s a touch of circa-1975 Pasolini in me.

SIMON RICH: “Simon Rich’s weight-loss system is too effective. It’s terrifying how rapidly your fat turns to pure muscle, even as you continue to eat all the tasty foods you love, such as french fries, hamburgers and pizza.”  –The Journal of Science

AARON THIER: An NBA player who retires at the top of his game and then just disappears.

INGRID ROJAS CONTRERAS: I’d love to be a volcanologist—to get close to infernally hot mountains, measure the temperature and advancement of glowing lava, travel to the middle of the sea to witness the very making of land bubbling up through the water—well that, that’d be absolutely engrossing. To borrow a word. Also, is that what volcanologists do?

SIMON RICH: I’d work in a recycling plant and spend my days pulping the millions of dieting books that have been made obsolete by my patented MuscleTronixx System.

AARON THIER: I’m good at certain kinds of jokes, I’m good at dialog and airy meditations on The Unknown, I’m good at smashing all the facts together until they become a meaningless metaphor-paste. But if I could just calm down for a second and stop rushing people out the door, maybe we’d all have a chance to get something done. I mean that I tend toward juxtaposition rather than exposition, and sometimes I wish I could settle into a scene and give things a little more space to unfold.

INGRID ROJAS CONTRERAS: I’d love to get better at third person narration and structure. Structure is always resolved in my work by way of happy accidents. Otherwise, I find comfort and ease in first person. My mind is tirelessly drawn to metaphor, too, but I constantly have to reign it back. I think it’s a gift to be bilingual—there are two languages I am intimate with, Spanish and English, and I let one seep into the other. I like to think it’s like a transfusion, a crossing of borders, a—wait.

JORDY ROSENBERG: Actually I think I’m too focused on plot construction. I’d like to loosen up a little.

HANNAH PITTARD: My first agent, after reading a couple failed attempts at a second novel, once said this to me: “Plot and momentum, Hannah, plot and momentum…” I think dialogue and subtext are both strong suits of mine. I think I’ve got an instinctive sense for narrative ellipses—for what to leave off the page. I think I’m very, very good (a little “too good”?) at the sentence level. Plot, on the other hand, continues to elude me. But momentum I’m finally figuring out: for me it has to do with juxtaposition.

SIMON RICH: I feel like I’m pretty good at dialogue but struggle sometimes with physical description.

INGRID ROJAS CONTRERAS: Did I mention impostor’s syndrome? It’s the brainchild of contending with said hubris. I tell myself that I come to writing from reading, and in my case I wanted to tell a sliver of a story that I did not see being told. Often, in the U.S. when we hear of the members of Colombian militarized groups, we don’t hear about people being forced into joining or collaborating—it’s perhaps too specific of a story for the newspapers. Fruit of the Drunken Tree tells it.

HANNAH PITTARD: I consider the entire exercise of writing an act in radical empathy. While I’d positively love to be a bestseller, the real reason I write is to make sense of the world. Take the readers away and, though I’d be incredibly disappointed, I wouldn’t stop writing because that would mean I’d acquiesced, that would mean I’d resigned myself to the status quo and a humdrum understanding of life.

JORDY ROSENBERG: I don’t think anyone has or should have any interest in what I have to say. The reader is the important party here, the one who brings meaning to a text. The writer only creates—as Roland Barthes says—”a minor disaster of static.”

AARON THIER: It’s more that I feel a kind of desperation to cheer people up. Especially now.

SIMON RICH: People don’t have to buy my book. They don’t have to change their lives. But if they want to lose weight and build muscle, while also getting unfettered, behind-the-scenes access to the Donald Trump White House, I think they should consider spending the money.

Why I Added, Then Deleted, Trump from My Novel 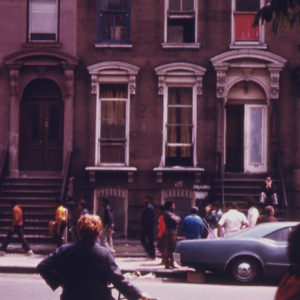 In private I called the man my boyfriend. My husband called him my boyfriend though the name made no sense. There was no romance...
© LitHub
Back to top