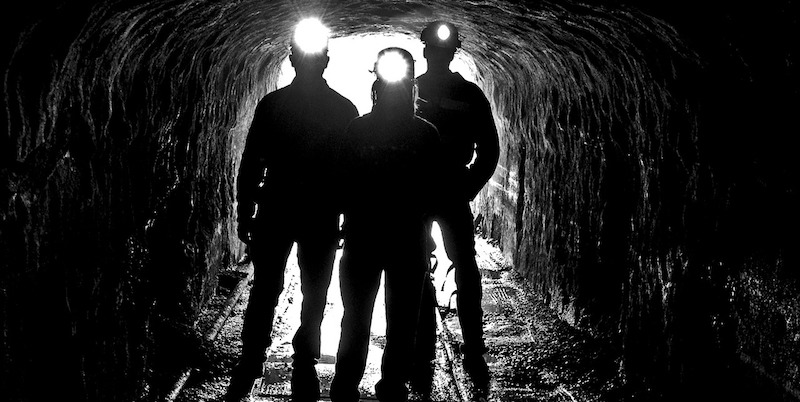 Chris Hamby on One of America's Most Dangerous Jobs

The American coal industry has a virtually unmatched record of death, disease, and destruction, and for more than a century, many of King Coal’s worst excesses have been concentrated in central Appalachia, with southern West Virginia at its core.

The essence of a coalfield adage dating to the industry’s early days, when mules hauled out of the mine what men had extracted, has remained true for generations of miners: “Coal operators always cared more for the mules than the men. A man they just paid for the work he did; a mule they had to buy.”

The hard-won, incremental reforms achieved by miners and their allies over the decades since have been battles in the ongoing war to put the man on par with the mule in the eyes of company bean counters. Make the companies pay for a portion of the damage their jobs wrought on men’s bodies, and they’d take a bit more interest in preventing that damage in the first place. Or so the thinking has gone. But coal companies have proved endlessly adaptive, adept at wriggling out of one legal vise after another.

Anyone who buys the stereotype of the simple-minded mountaineer who must make his living with brute labor because he is incapable of more high-minded pursuits surely hasn’t spent much time talking with coal miners. Yes, the work is backbreaking, but it also demands a wealth of knowledge, keen intuition, and skill. The miner is, in essence, part geologist, part engineer, and part all-purpose handyman with at least a passing familiarity with principles of aerodynamics and hydrology. The self-effacing miner describes all of this as simply “running coal.” But the job is anything but simple, and the conditions are almost unfathomable to the uninitiated. The miner may earn his pay with the sweat of his brow, but he survives by the acuity of his wits.

The underground miner goes to work in the middle of a layer cake, each layer telling the story of a past epoch in the Earth’s history.

For the underground miner, the possibility of death or crippling injury is ever present, and in few workplaces are there so many different ways death might come. At any given moment, the miner could be asphyxiated, crushed, drowned, burned alive, or blown up. Though surface mines account for the greater share of production in the United States today, underground mines employ more workers.

The underground miner goes to work in the middle of a layer cake, each layer telling the story of a past epoch in the Earth’s history. Descending through sheets of sandstone and shale, the miner is traveling back in time to those precious eras when plants died in conditions that forestalled decomposition, allowing them to retain much of the solar energy they’d captured. Over millennia, layer after layer piled atop, pressing down   and squeezing the layer of plants into the black rock that humans later discovered and burned to release the trapped energy that has powered the modern world.

The techniques people developed to extract this precious mineral were often crude. For hundreds of years, mining amounted to little more than hacking at the layer of coal with sharp tools and blasting it with explosives. In the United States, methods remained surprisingly rudimentary well into the twentieth century.

As mining boomed in Appalachia, starting in the late 1800s, the dominant method of removal was room-and-pillar, and the technique remains one of the two primary approaches to underground mining today. After the company bored a hole in the earth and reached the coal seam, miners pushed forward in parallel, hollowing out an organized network of tunnels. Each miner got a “room”: an opening that might be twenty feet wide and was only as high as it needed to be. The thickness of a coal seam varies, and companies didn’t want to waste time cutting out the rock above and below it. As a result, a miner might spend the day standing in a six-foot-high opening or crawling in a three-foot-high opening, a rite of passage known as working in “low coal.”

In that room, the miner attacked the untouched seam, an area called the face. During the late 1800s and early 1900s, this meant cutting a few feet of coal from the base using a pick, drilling holes in the face, and inserting explosives. The miner then retreated to relative safety to detonate the blast, and if the undercutting worked, the coal would shatter and fall. Finally, he’d shovel the coal into cars to be hauled out of the mine.

In the early 1900s, a miner might earn about two dollars on a good day.  He had to buy most of his own tools, and the company paid him only for the weight of the coal he produced. If his car had “dirty” coal—a load containing some waste rock—the company docked his pay. The company also wouldn’t pay him for his time performing what many miners called dead work—the tasks that kept the mine in working order and kept the miner alive. As the miner moved forward, chipping and blasting away at the face a few feet at a time, he had to do something to prevent the increasingly unstable roof from caving in. So he set up wood beams, hoping this would hold off the weight of the mountain above, the same pressure that had squeezed plant matter into the black rock he was removing. It was a little like siphoning out the fudge layer in the middle of the layer cake and hoping a few toothpicks would keep the whole thing intact.

After a bit of progress, the miner cut an opening in the side of the room, connecting the area where he was working with that of the man advancing in parallel in the next room over. What was left behind were pillars of coal to support the roof. Thus, the grid of rooms and pillars emerged. Often, after a company finished with an area, it would have miners remove the pillars on the way out, lest any of the coal go to waste. As miners retreated, they allowed the roof to collapse behind them in a sort of controlled cave-in—a precarious practice still used in some mines today that has often proved deadly.

By the 1940s, many mines had upgraded their equipment, replacing picks and shovels with machines that undercut the coalface and loaded and hauled away the spoils. Some miners worried technological advances would put them out of a job, but the opposition to mechanization received a death blow in the 1950s when powerful new machines called continuous miners appeared on the scene. A worker could drive this behemoth up to the coalface and use its spinning drumhead lined with drill bits to rip through the seam at a pace once unthinkable. The United Mine Workers embraced the new technology, and production skyrocketed.

But while technology brought stunning advances in production, it didn’t bring comparable advances in safety and health. Miners continued to die at an alarming clip.

There is, of course, an inherent danger to the work. Aside from a full-fledged cave-in, huge chunks of rock can break loose and cause crippling or fatal injuries. Underground water sources can burst into and flood a tunnel. Miners know well the three deadly gases: choke damp, also known as black damp (carbon dioxide), white damp (carbon monoxide), and fire damp (methane). The first slowly robs the mine air of oxygen, causing suffocation. The second poisons the miner by preventing oxygen from reaching the tissues. The third is perhaps the most feared; as methane seeps from coal seams, it can fuel massive explosions. Another fuel for fires and explosions is the coal itself; blasting and gouging at the face produces tiny dust particles that are themselves flammable. In a nightmare scenario, the two fuels team up: a spark triggers a methane explosion, the blast wave lofts accumulated dust into the air, and a wall of flame races through the network of tunnels, feeding off the tiny coal particles as it goes. 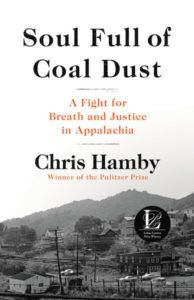 Chris Hamby is an investigative reporter at The New York Times. He won the Pulitzer Prize for investigative reporting in 2014 and was a finalist for the prize in international reporting in 2017. He has covered a range of subjects, including labor, public health, the environment, criminal justice, politics and international trade. A native of Nashville, Tennessee, he lives and works in Washington, D.C. 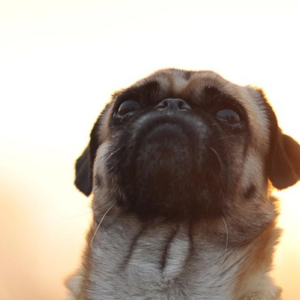 1. Our beloved dog dies two weeks ago. It was sudden, shocking. Her name was Olive, and she was a pug, and we adored her,...
© LitHub
Back to top
Loading Comments...