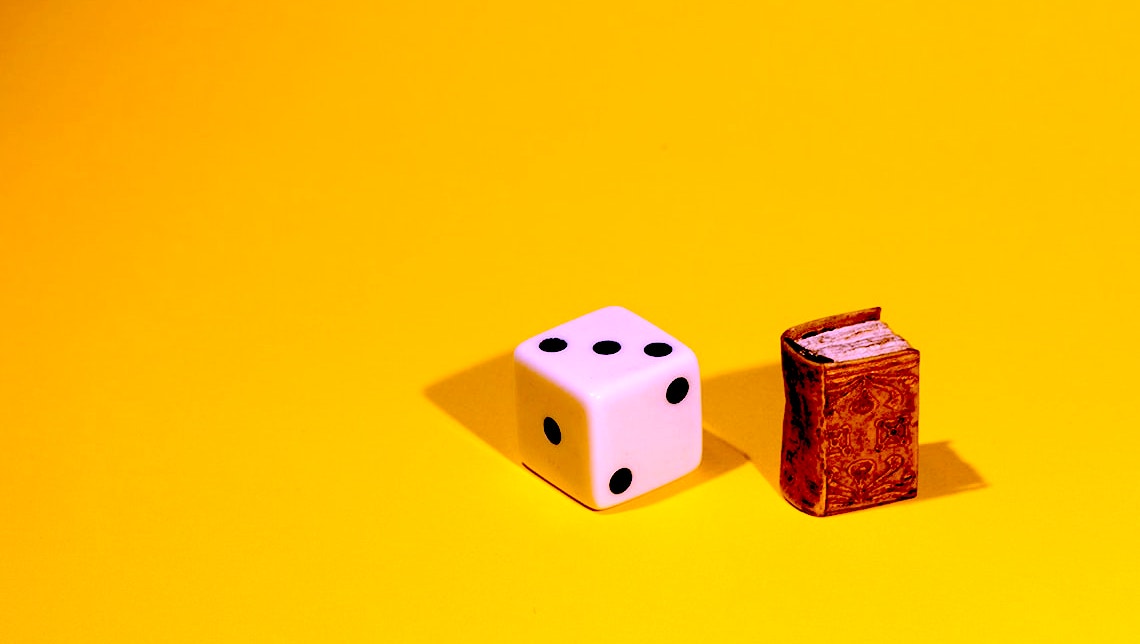 Grant Faulkner on the Infinite Possibilities of Brevity

An interviewer once asked me, “If flash fiction were an animal, which animal would it be?” I considered a chicken because you can peck at the stories. Perhaps a badger because short shorts sometimes have to be more tenacious than their larger brethren. I thought a fish was apt because tiny stories often swim together. I almost decided upon a cat because a cat can fit perfectly in your lap, and even as you pet it and listen to its purrs, it stares at you with a mysterious menace.

In the end, I decided upon a coyote that strangely appears in your backyard and stares into your kitchen window. You lock eyes, and the world is suddenly a little dangerous, a little less predictable. Something wild has briefly entered the safety of your domestic space and changed it forever with its feral threat. Perhaps my favorite metaphor for flash stories, though, comes from flash master Molly Giles: they are fireflies, flickering in the darkness of a summer night. The definition of numinous, otherworldly beauty. Ephemeral and captivating at once.

Of all of the forms of fiction, “flash fiction,” which is typically defined as being a story less than 1,000 words, is the only one described with a metaphor. As James Thomas, the editor of several seminal anthologies of flash fiction, tells the story, he was talking with his wife about what to call these short stories of under 1,000 words. He’d been calling them “blasters,” but that moniker didn’t ring with any poetic allure. Right at that moment, a bolt of lightning struck, and the dark night lit up with a flash. “Call them flash,” his wife said. And the name of a genre was born.

The irony is that flash, despite being the smallest of fictional forms, breeds sub-genres and an ever-flowing list of new names. Flash stories are often called miniatures, short shorts, or postcard stories. There is the drabble (stories that are exactly 100 words), micro-fiction (stories under 400 words), and hint fiction (stories under 25 words).

The great writer Yasunari Kawabata described his shorts as “palm-of-the hand” stories because they were so small they could fit in the palm of your hand. Others call them “smokelongs” because they last as long as it takes to smoke a cigarette.

All of these different names—these forms nested within one other like a series of Russian dolls—support a theory of mine: constraints don’t limit creativity; they spark new layers of creativity, each layer subtly different, nuanced, unique.

I think that one can best write a story with a metaphor of its shape and essence in mind, whether you’re writing a story that is a tangled web or an airy breath. So here are 13 metaphors for flash fiction, which I hope illuminate the form in similar ways as that lightning bolt did years ago.

1.
Dorothy Parker said, “Brevity is the soul of lingerie.” A flash story is the lingerie itself: an invitation to come hither, a promise, a hint.

2.
Flash fiction is like a tiny island, created from an unknown eruption at the earth’s crust, enhanced by the expanse of the sea around it.

3.
Flash fiction is like the moment a turtle pokes its head out of its shell.

4.
Flash fiction is like an afternoon nap. Short. Dreamy. A respite from a tough day. A strange and intriguing interlude. And when you wake up, you’re in a different state.

5.
Flash fiction is the moment you hit the brakes.

6.
Flash fiction is like a brook flowing through the woods. It’s easy to step over, and it’s not big enough to be on any map, but then when you pause to observe it, you see life teeming within it.

7.
Flash fiction is like the tip of a needle.

8.
Flash fiction is like a bonsai tree, compressed, yet sculpted to create movement, proportion, asymmetry, and poignancy. Some trees slant. Some trees cascade. Some are windswept or weeping. “Bonsai art is the display of a landscape—without the landscape,” said the bonsai artist Nobu Kajiwara.

9.
Flash fiction is like a rare seashell you find on the beach. It’s delicate, yet it’s traveled though many waters, only to be mysteriously left on the shore, a found object.

10.
Flash fiction is like the faint rustling of a ghost, present, yet absent; alive, yet dead. It has something to tell you, but you have to listen in a different way.

11.
Flash fiction is like a submarine, able to go to places beneath the surface of life in a way that other boats can’t.

13.
Flash fiction is like the light of a sparkler, spritzing dashes of light into the air for only a minute.

There are many more metaphors, of course. I’ve heard flash fiction compared to a snow globe. You can peer into a strange miniature world, you can hold it in your hand, and with one simple shake, the world changes. Flash is like a cooking extract or a homeopathic remedy. It’s the rich soil, the silt, found in a river’s delta.

Dr. Seuss was entranced by the possibilities of tiny worlds. In Horton Hears a Who!, Horton the Elephant hears a small speck of dust talking to him, and he discovers that the speck is actually a tiny planet, home to a community called Whoville, where microscopic creatures called Whos live (and presumably read tiny stories).

Flash allows for drama that floats in the air like a dust mote, but, as Lia Purpura wrote in her essay On Miniatures, the miniature isn’t just a smaller version of something larger. “Miniatures transcend their size, like small-but-vicious dogs; dense chunks of fudge, espresso, a drop of mercury, a parasite. Miniatures do nothing less than alter our sense of, and relation to time and space. Finally, and most strangely to me, miniatures are radically self-sufficient. The beings who inhabit fairylands, those elves and sprites, pixies and trolls, don’t usually strive to be our pals. They’re distant and go about their business. They don’t need us. Their smallness is our problem, or intrigue, or desire. They don’t need us, and thus we are drawn to them—as any smitten lover might be, to a beloved who remains so close and yet just out of reach.”

Perhaps there are so many ways to describe flash fiction because of the many things it does. As the poet Mark Strand said, “It is condensed, even curt; its rhythms are fleeting, its languor quick, its majesty diminutive. It discredits accretions, honors reduction, and refuses to ramble. Its identity is exceptional, its appetite exclusive. It is refractory, rapid, runtish. It reverses, refutes, revises. It can do in a page what a novel does in two hundred. It covers years in less time, time in almost no time. It wants to deliver us where we were before we began. Its aim is restorative, to keep us young. It thrives on self-effacement, and generates statements, on its own behalf, that are shorn or short. Its end is erasure.”

is the executive director of National Novel Writing Month (NaNoWriMo) and the cofounder of 100 Word Story. He has published two books on writing, Pep Talks for Writers: 52 Insights and Actions to Boost Your Creative Mojo and Brave the Page: A Young Writer’s Guide to Telling Epic Stories. His essays on creativity have been published in the New York Times, Poets & Writers, LitHub, Writer’s Digest, and The Writer. He’s also cohost of the podcast Write-minded. 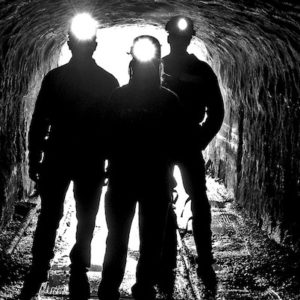 The American coal industry has a virtually unmatched record of death, disease, and destruction, and for more than a century,...
© LitHub
Back to top