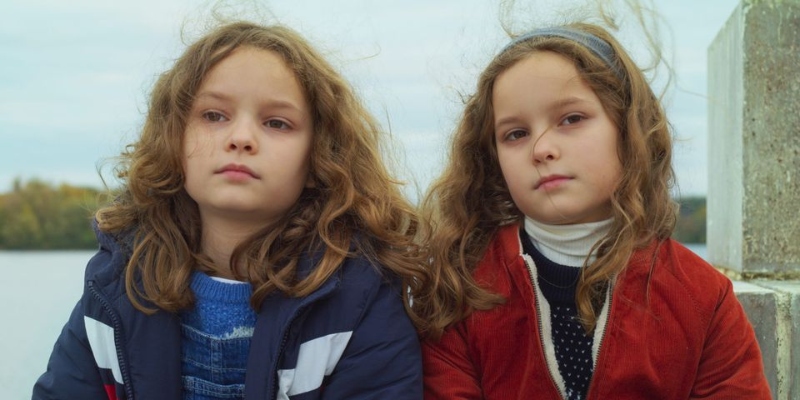 At 29, I’m at the point where babies have the ability to snatch away my attention with a sort of magnetic, primal force. My eyes veer toward them in the streets. I find myself grinning and waving at them maniacally, desperate to draw out a smile or giggle. My biology, I know, is pulling me toward Motherhood.

Over the past two years, as my pandemic-addled brain mused on my potential mothering days to come, it also began to ruminate on the mother who came before me. I was thinking not only of my future but also of her past. Did she feel the same biological pull to every baby she saw? Did she walk through the streets wondering who I’d be? If that version of her were here, would we have chatted about the financial and physical stresses of bringing a baby into this uncertain world?

It seems I’m not the only one who has felt the past tugging at me lately. Who was my mother at my age? has emerged as a common pandemic-era theme from television- and filmmakers around the world—three recent projects in particular use strikingly similar time travel plots to expose the threads that weave through time, connecting us to the generations of mothers that came before. While vastly different in tone and style, each centers around the same premise: that we have an instinctive longing for a tangible connection to our mothers as they were at our own age.

Each centers around the same premise: that we have an instinctive longing for a tangible connection to our mothers as they were at our own age.

Celine Sciamma’s Petite Maman, with its simple woodland setting and refreshingly brief running time, is both small and miraculous. After the death of her grandmother, eight-year-old Nelly (Joséphine Sanz) and her parents head to her grandmother’s house to deal with her old belongings. Here, sleeping in her mother’s childhood bedroom, Nelly begins to feel pulled to the past. She is fascinated by her mother’s old drawings. She wants to know details about how she used to spend her time in the woods.

And after hearing that her mother used to see a panther in the shadows at the end of her bed each night, Nelly imagines it for herself. Who was her mother as a child? What games did she play? What was she passionate about? What was she afraid of? Then, Nelly comes across her mother at eight years old (Gabrielle Sanz) building a fort in the woods. They strike up a fierce friendship.

Sciamma’s delicate version of time travel reflects the clarity of a child’s imagination. Nelly is never too bewildered by the appearance of her young mother—rather, it seems the most natural thing in the world. Because in many ways, it’s something we wonder about as children. “If I met my mother when [we were both] eight years old, what would our relationship be?” Sciamma mused to The Hollywood Reporter. “Would she be my sister? Would we be friends? Would we share the same father? All those kind of things.”

Jia Ling’s Hi, Mom (Nǐ hǎo, Lǐ Huànyīng), a hugely successful Chinese film from 2021, features a similar mother-daughter time travel plot. Nineteen-year-old Ling (Jia Ling) feels like a disappointment to her mother, Ying (Liu Jia). She is not exceptionally smart or conventionally beautiful. She is, she feels, unremarkable. When her mother’s life is threatened by a car accident, Ling finds herself suddenly flung back in time to 1981—a year before her own birth—where her mother mistakes her for a cousin from out of town. They become fast friends, with Ling determined to “make her happy” at all costs, despite Ying’s protestations that she likes her life the way it is. (I won’t spoil the ending, but suffice it to say that the time-travel narrative is in capable hands with Jia Ling.)

Here, sleeping in her mother’s childhood bedroom, Nelly begins to feel pulled to the past.

Most recently, in season two of Netflix’s Russian Doll, Nadia (Natasha Lyonne), newly free from the Groundhog Day time loop of season one, boards the 6 train and disembarks inside her mother’s very pregnant body. What follows is a story of time travel hijinks in which Nadia attempts to right the wrongs of the past. Ultimately, as with most time travel plots, everything needs to be “put back” the way it was to avoid, well, the collapse of space and time. While Nadia is unable to change the present, her journey through time doesn’t leave her emptyhanded. After a lifetime of resentment, Nadia finally comes to accept her imperfect mother for who she was.

Like Nelly and Ling, Nadia finds herself reaching for a past version of her mother. She wants to know the people she knew, to see the things she saw, and to feel the emotions she felt. Russian Doll gives us a much more literal reading of this urge—instead of simply befriending a younger version of her mother, Nadia literally slips into her skin and walks around in it.

But the use of the time travel trope allows these three filmmakers to pull off a trick that goes beyond taking a metaphorical idea and turning it into a visual reality on screen. By introducing these mothers and daughters to each other at the same age and stage in life, they put them all on equal footing. Suddenly, the imbalance caused by age, experience, and the very act of mothering melts away. The daughter is no longer playing catchup. The pair is no longer out of sync. The bond between them remains, now in a much purer form.

And, over time, a reversal inevitably occurs.

By introducing these mothers and daughters to each other at the same age and stage in life, they put them all on equal footing.

In Petite Maman, Nelly yearns to comfort the lonely Marion. When she returns to the present, she comes back armed with something of a mother’s instinct. She finds her mother, now a fully grown adult, sitting hunched on the floor, crying. She comforts her and, instead of calling her “mother,” she calls her “Marion.”

In Russian Doll, Nadia’s journeys through time also force her to take on a mother’s role for her own mother. While living in her mother’s skin, her instinct is to fix things for her mother—to take care of her. In trying to return her family’s lost fortune, she hopes to give her mother the life she feels she deserved. And later, when living in her grandmother’s skin, she literally becomes her mother’s mother and plays with her as a child.

In Hi, Mom, the lines become so blurred that Ling even offers to “be the mother in the next life.”

“No, in the next life, I’ll be the mother,” Ying replies.

The mother-daughter relationship, all three projects seem to suggest, is not linear but cyclical. Sometimes, the daughter will be the one doing the mothering.

They Say It Only Takes One: My Year of Trying to Get an Agent, and Get Pregnant 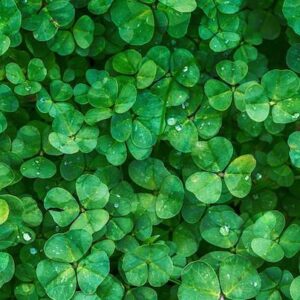 It was not until the 17th century that a better understanding of photosynthesis began to emerge but, frankly, even then it was faltering...
© LitHub
Back to top