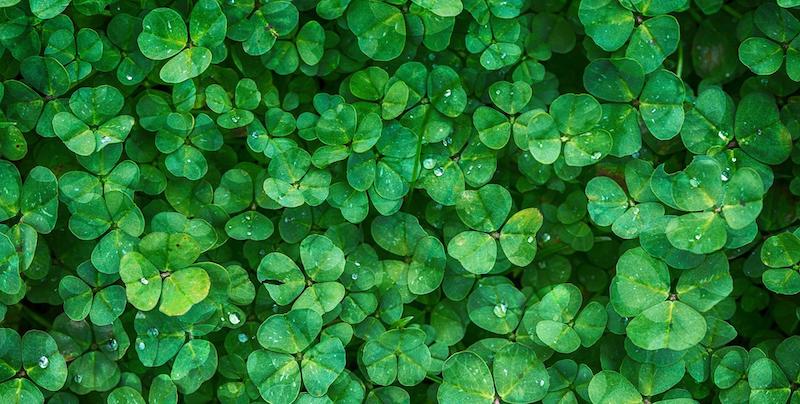 It was not until the 17th century that a better understanding of photosynthesis began to emerge but, frankly, even then it was faltering progress.

The first breakthrough came from a Flemish alchemist whose medical experiments, apparently inspired by dreams of the archangel Raphael, had to be hidden from the Spanish Inquisition. Jan Baptist van Helmont was a physician primarily focused on the study of human physiology. He introduced the mystical term “gas” into medical literature. He discovered that the “fermenting must”—carbon dioxide in today’s language—made the air in wine cellars unbreathable and was carried in blood running through veins and expelled by the lungs.

In the 1620s, van Helmont turned his attention to testing the dogma that soil was consumed by plants. He cultivated a willow tree sapling in a covered pot, filled it with two hundred pounds of carefully weighed and dehydrated soil, then watched the tree grow. Five years later, he found the tree had gained 169 pounds in weight, while the soil weighed only two ounces less. He concluded, partially correctly, that plants consume water instead of soil. One can quibble with the exact methods, but this was the first modern reference to a structured and often repeated experiment that tested what plants need to grow.

Like so many discoveries in science, the idea for it had probably been around a lot longer. Leonardo da Vinci had conducted a similar experiment with pumpkin seeds that was later discovered in his unpublished notebooks. Da Vinci, in turn, may have been inspired by Nicholas of Cusa, who suggested the experiment in his book De staticis experimentalis in 1450. And Nicholas of Cusa himself may have been inspired by a Greek text dated between 200 and400 ce called Recognitions. Ideas can hang around for thousands of years before someone actually tests them.

Van Helmont got us halfway there by proving that plants don’t eat soil. Ironically for someone who had studied the biological function of carbon dioxide, he completely missed the fact that his tree was consuming gases and light. Perhaps, had the Spanish Inquisition not placed him under house arrest for blasphemy, his findings might have been debated and repeated sooner. Instead, they remained unnoticed until 1648, when his book Ortus Medicinae was published posthumously by his son.

In his obscure way, Erasmus Darwin stumbled on exactly what happens with photosynthesis and plant growth.

A further advance in human knowledge almost happened in 1679 when a French physicist and priest, Edme Mariotte, developed a theory that plants might acquire part of their nourishment from the air. He was a gifted man who was present at the foundation of the French L’Académie des Sciences, but unfortunately he failed to publish his findings. Indeed, Discours de la nature de l’air, de la végétation des plantes. Nouvelle découverte touchant la vue only made it into print 250 years later, in 1923. Note to young scientists: Please publish, disseminate, test, repeat, and discuss your findings—do not expect your ideas to emerge by magic. And, even then, sometimes ideas have to circulate for a long time before they are accepted.

Instead, we had to wait until the eighteenth century for the next landmark on this slow journey of scientific discovery. Stephen Hales, an English clergyman whose many achievements included the first measure of blood pressure, began studying a process called transpiration—or the loss of water from leaves. He surmised that “plants very probably draw through their leaves some part of their nourishment from the air.”

Huffing and puffing through his lung-powered homemade bellows and strange “re-breathing” machines, he experimented with inverted bottles, and observed that the volume of air above the water surface decreased when a plant was grown in a closed atmosphere. He concluded that air was “being imbibed into the substance of the plant.” In his 1727 book, Vegetable Staticks,5 he even conjectured that light might be an energy source for plants.

These ideas began to percolate through Europe. In 1779, a Dutch physician called Jan Ingenhousz decided to test the idea that plants exchange air by submerging leaves under water in sealed bottles and then waiting for bubbles to form. Bottle after bottle of drowned leaves testified to the failure of these early experiments until a shaft of sunlight accidentally illuminated one of his bottles. Within minutes, he was watching the formation of the long awaited bubbles.

Ingenhousz, anchored in the scientific tradition of the day, was surprised that light had anything to do with it. He repeated the experiment with many different plants in dark and light bottles. He even tested whether it was thermal heating from his fireplace or the visible light of the sun that caused the bubbles to form. Eventually, he deduced that light was necessary for bubble formation and concluded the released gas was “fire air,” soon to be called oxygen. He went on to test which gases were emitted in the dark and described these as “damaging the air” in contrast to those emitted during the day, which “purified” the air. Today we know that the plants removed carbon dioxide from spent air during the day.

By the end of the Enlightenment, we were really making progress, and scientific understanding of photosynthesis was about to take a giant step forward, thanks to Erasmus Darwin. He was a polymath physician, pathologist, and botanist, as well as the grandfather of the rather more famous Charles Darwin. He was also a slave-trade abolitionist, a supporter of women’s education (especially for his illegitimate daughters), and the writer of bizarre poems such as “The Loves of the Plants.” It was in this poem in 1789 that he first touched on heavily concealed concepts of biological evolution.

This poem, found in Part II of Darwin’s book The Botanic Garden, is prefaced with an “Apology” that outlines how it presents theories and scientific information through the deployment of mythic beings—gnomes, sylphs, nymphs, and salamanders, as well as deities of Egypt, Rome, and Greece—in the hope of making them more accessible. Without an index or any discernible structure, the poem merrily jumps from topic to topic.

For example, the first canto contains the following order of subjects: “Hesperian Dragon, Electric Kiss. Halo around the heads of Saints, Electric Shock, Lightning from Clouds. Cupid snatches the Thunder-bolt from Jupiter, Phosphoric Acid and Vital Heat produced in the Blood. The Great Egg of Night. Western Wind unfettered.” The Botanic Garden is made up of two books, each with four cantos, and the whole thing is a wild muddle, interspersed with additions, arguments, footnotes, and lists of scientific findings and data.

Some modern philosophers are of opinion that the sun is the great fountain from which the Earth and other planets derive all the phlogiston [burnable material] which they possess; and that this is formed by the combination of the solar rays with all opake [sic] bodies, but particularly with the leaves of vegetables, which they supposed to be organs adapted to absorb them. And that animals receive their nourishment from vegetables they also obtain in a secondary manner their phlogiston from the sun. And lastly as great masses of the mineral kingdom, which have been found in the thin crust of the earth which human labour has penetrated, have evidently been formed from the recrements of animal and vegetable bodies, these are also supposed thus to have derived their phlogiston from the sun.

The additional notes added to the poem continue with some wildly improbable theories about how the sun works. Yet, in his obscure way, Darwin had stumbled on exactly what happens with photosynthesis and plant growth.

Emerging from this mélange of archangels, alchemy, sylphs, and experiments with homebuilt apparatuses was a new understanding that plants absorbed air and water to produce usable energy. Crucially, this early biology had also enabled people to see that sunlight was necessary for the process of turning water and gases into food and oxygen. This is the core tenet of photosynthesis. Although this new idea took hundreds of years to develop, it eventually removed the misapprehension under which human beings had labored for millennia: that plants ate soil.

There is another lesson in these stories. Even at a time when communications were desperately slow and books were being published posthumously by quirky investigators, ideas could still migrate across countries, grow, and trigger structured experimentation. Sure, the equipment was crude, messages were concealed in obscure analogies, and progress was painfully slow. Of course, many other scientists confounded the debate, with learned repetition of the status quo. Yet the lessons from these experiments were reproducible and demonstrable, and slowly they began to transform our understanding of nature.

Think for a moment about the danger of the old belief that land was being consumed by hungry green creatures called plants. This view made the world a finite, declining, and pessimistic place. In contrast, by learning that plants turn sunlight, water, and air into food, we discovered that the world was not finite—that there was “new” production. And that this plant-mediated production complemented our animal-based consumption: They inhale what we exhale. Instead of a world in which plants and animals were both eating up a limited amount of food and land on the planet, we were understanding that expansion and growth were possible. 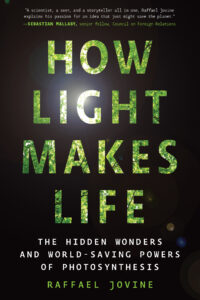 Excerpt from How Light Makes Life: The Hidden Wonders and World-Saving Powers of Photosynthesis © Raffael Jovine, 2022. Reprinted by permission of the publisher, The Experiment. Available everywhere books are sold. experimentpublishing.com

Raffael Jovine trained in molecular biophysics and biochemistry at Yale, did his PhD in marine sciences at UC Santa Barbara, and completed research at MIT. In 2013, he founded and is now chief scientist for a company that uses seawater, sunlight, and wind to grow food in coastal deserts, replicating algal blooms. He is married with five children and lives in London.

Of Wazhazhe Land and Language: The Ongoing Project of Ancestral Work 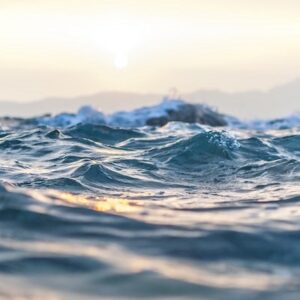 Of Wazhazhe Land and Language: The Ongoing Project of Ancestral Work

In January of 2022, I traveled to ancestral Wazhazhe land in Belle, Missouri, where an arts organization had invited me to do a residency...
© LitHub
Back to top
Loading Comments...