"Little Women is presumed to be hardly worthy of rescue from
the educational oblivion into which it has fallen."

When I began teaching Little Women in my American literature survey courses, I wondered how many of my students had read the book before. In that first class, only one said she had read it in high school. A few of the women had been given the book to read as girls. None of the men had read it. This was a small sample, admittedly, but I wondered if it was being taught in middle and high schools. Surely if books such as The Adventures of Tom Sawyer and Adventures of Huckleberry Finn were being taught, their near-contemporary and, shall we say, feminine counterpart, Little Women, was as well. It didn’t take much digging to find out how wrong I was and why Alcott’s classic had not endured as a book for schools while Twain’s tales of boyhood had.

Little Women, it turns out, is barely on teachers’ and students’ radars. Its educational heyday in the first half of the 20th century is a distant memory. Surveys of teachers’ favorite or recommended texts conducted by the National Education Association ranked Little Women at 47 in 1999 and 73 in 2007. A 2010 survey of four hundred English teachers indicated that none were teaching anything by Alcott. The same year, the annual What Kids Are Reading survey, based on 6.2 million students’ reading records, listed the 40 most frequently read books by grade. Little Women was not mentioned in the report.

Also in 2010, however, Little Women received a potential boost from the new Common Core Standards Initiative. Along with benchmarks students should reach in each grade came lists of “exemplar texts” having sufficient quality and appropriate complexity for each level. Little Women made the list for grades 6–8 (as did The Adventures of Tom Sawyer). It hasn’t much benefited from the recommendation, however. According to the 2012 What Kids Are Reading report, which includes a focus on the Common Core exemplar texts, only 0.08 percent of the 7.6 million American students surveyed had read Little Women the previous school year. By 2014, while some texts on the Common Core exemplar list had received a nice boost since the initiative began—Franz Kafka’s The Metamorphosis, for instance, was read by ten times as many students as before, and Tom Sawyer by four times as many—Little Women’s increase was only two hundredths of a percentage point, meaning it was read by 0.1 percent of students. In the 2016 surveys, conducted in the U.K. as well as the United States, Alcott was not mentioned in either report, which represented the reading habits of 9.8 million students in the United States and 750,000 in the U.K.

Most educators and parents have been less than thrilled with the Common Core, which many states have challenged. The list of “exemplar texts” has been particularly controversial among education specialists, raising concerns about creating a new literary canon. Classics in general were deemed to be overrepresented on the list, but Little Women was the target of a specific kind of criticism. For instance, one education blogger complains,

I yowled when Little Women first appeared on the Common Core list of exemplary texts for 8th graders. And I’m still yowling. The point is not whether you or I loved this book eons ago. The point is whether it is appropriate for today’s 8th graders. . . . If someone polled 500,000 8th-grade teachers, asking them for book recommendations, what are the chances that Little Women would appear on anyone’s list?

In other words, Little Women is presumed to be hardly worthy of rescue from the educational oblivion into which it has fallen.

Another blog post takes a different approach to the subject, but its title pretty much says it all: “Please, Do Not Teach Little Women!” The author, who chairs the English Department at a middle/high school in Connecticut, thinks that Little Women is appropriate as an independent reading choice but nothing more. She has “a great fear that some educators will consider the novel a ‘teachable text.’ ” She regrets that girls will not “linger over every page,” as she did when a child, and that they will be forced to take multiple choice tests about it rather than be allowed to develop a personal relationship with the March girls. Her regret that the novel could cease to be a private pleasure, read alone with a flashlight under the covers, is understandable.

But then she claims, “Although I am not gender-biased with literature, I would not assign this novel to pre-teen boys.” She pleads instead for teachers to choose Tom Sawyer and to leave Little Women alone. Her claim to a lack of bias notwithstanding, her comment that she would not assign this novel to teenage boys perfectly reflects the clear gender bias that she and many teachers have about using what are deemed to be girls’ books in their classes. Another educator, a library media specialist, reacted to the Common Core list by asking, “How many 12-year-old boys will be engaged by Little Women?” As far as I can tell, no one is concerned about whether 12-year-old girls are engaged by Tom Sawyer. But their reaction is not what concerns educators. It’s the boys’ responses they are worried about.

“This is the real issue. A book that is about girls, whose very title seems to announce its gender exclusivity, is to be kept at home, not brought into the glaring light of the schoolroom.”

Still assuming there must be some elementary and middle-school teachers out there using Little Women in their classes, I naïvely posted a query on a very active listserv that includes academics in education and children’s literature as well as education professionals working in schools. I simply asked who was teaching the novel, hoping I could follow up with interviews about their experiences. I received only a handful of responses. They were not encouraging. They mostly explained in various ways that teachers don’t teach Little Women because it’s a book for girls and they fear turning off the boys, whom they perceive as unwilling to read books about girls. One educator admitted how unfair this was, considering that the girls are made to read books focusing on boys. Another was more vehement, stating simply that the boys would loathe it. The surest way to teach them how to hate reading would be to make them suffer through Little Women, she said. It is “a private book for girls,” not one to read “publicly, in a classroom.” Yet another respondent explained that it was not well suited to classroom discussion in a mixed-sex school and that it was more appropriate for girls to read at home.

This is the real issue. A book that is about girls, whose very title seems to announce its gender exclusivity, is to be kept at home, not brought into the glaring light of the schoolroom. As we have seen, this wasn’t always the case. Little Women was initially a wildly popular book devoured by children and adults of both sexes. It gradually became, however, “more of a women’s novel, then an adolescent girls’ book, and finally . . . a notable piece of children’s literature, specifically perhaps, a work for seventh and eighth grade girls,” as one teacher wrote on its centenary.5 Since then, I think it’s fair to say, the book has migrated further down the age scale, to fifth and sixth grade. As a book for young girls, then, Little Women seems to warrant little if any attention in the schools. I searched in vain for a local school where I live, in New Orleans, that was teaching it. Even at a progressive K–12 private girls’ school, where I knew a couple of the English teachers, not only was no one teaching it, but my attempts to interest them in the idea fell flat. As one of them showed me the way out after one of our meetings, she admitted that they teach Adventures of Huckleberry Finn and wondered, “If we don’t teach Little Women, who will?”

The story of how Little Women has migrated from the classroom to optional summer reading lists and homeschooling text lists (another way it stays at home) has at least three strands that relate to feminism, the preference for contemporary texts, and concerns about a crisis in boys’ reading. In the first instance, I can’t help but wonder whether Little Women fell out of favor with educators because of its association with feminism. At about the same moment (the 1970s and ’80s) that it became a hot topic of conversation among feminists, Little Women went underground and under the covers, where it could safely remain a book for girls without wider cultural significance. As we have seen, Little Women became less of an innocuous family tale and more the kind of book that could ignite uncomfortable discussions. Teachers were likely wary of addressing feminist issues with their students and found boys’ books less potentially controversial. 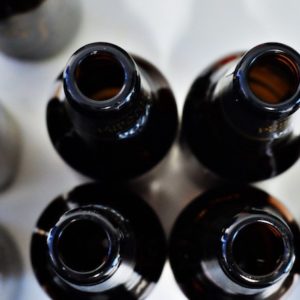 7 Novels That Capture the Pain and Chaos of Alcoholism Often, when we think of books about addiction and specifically alcoholism (in my case), we think of important, tell-all works...
© LitHub
Back to top