Why Do We Love the Brutality of “Grimdark” Fantasy?

“In the grim darkness of the future there is only war.”
*

Prophecy, warning, or both? While the quote above reads like a pessimistic indictment of our inevitable future—which will also be riddled with climate catastrophe, increasingly polarizing politics, and too many Marvel movies—it is in fact a line from a tabletop role-playing game, Warhammer 40,000.

It’s also the origin of the literary term “grimdark,” a subgenre of fantasy that clearly isn’t much concerned with sunlit castles and true-hearted knights.

Popularized in the public imagination by George R.R. Martin’s A Song of Ice and Fire, and its television counterpart Game of Thrones, grimdark is a feeling as much as a genre. Rather than embrace the idealized nobility of classic fantasy, grimdark instead seethes with brutality. In ASOIAF, violence and amorality abound; the first book in the long-running series features—but is not limited to—an incestuous knight maiming a child for life, repeated sexual assault, and shock beheadings. By the end of the book, the reader understands that no character is safe and no quest is guaranteed, no matter how worthy or beloved.

It’s a very different kind of fantasy to the canonical works most associated with the genre. Everyone knows Tolkien, his noble kings and brave hobbits, as well as C.S. Lewis’s moralistic lions; later fantasy writers like Ursula le Guin, Robert Jordan, and Brandon Sanderson built on those foundations. And while all these writers work in different styles, and focus on different themes, their heroes typically fight for the common good. Most of the time, they win.

The heroes of grimdark, on the other hand, fight for power, revenge, or just plain survival. Their damsels in distress endure trauma after trauma. Even the “good” dragons eat peasants’ sheep (for which I very much doubt the peasants are reimbursed).

Cruelty and caprice have always been attractive plot devices, because they have always existed.

All the traditional fantasy tropes of honor and nobility, so crucial to works like Lord of the Rings, are flipped. Grimdark is, at its core, anti-Tolkien—a postmodernist rejection of universalist ideas of morality, human nature, and social progress.

But that’s exactly what attracts audiences. Take Game of Thrones: first published in 1996, the series has sold more than 90 million copies worldwide and been translated into at least 47 languages, as of 2019. The first novel alone has more than 2 million ratings on the social media site Goodreads.

The HBO adaptation, premiering in 2011, broke the network’s record for most-watched episode with its finale—over 19 million people tuned in. The series has won over 50 Emmy Awards and been nominated for many others. A spin-off, House of the Dragon, is scheduled to premiere sometime this year.

It’s safe to say that Game of Thrones, and A Song of Ice and Fire, brought fantasy into the living rooms of people all over the globe, many of whom had probably never once opened Lord of the Rings or Wheel of Time.

As grimdark has become more popular, it has also drawn more criticism. Critics cite its cynicism, brutality, and especially its treatment of racism and sexism as unnecessary and gratuitous. Avid readers and writers of the genre, on the other hand, defend its tropes by asserting the genre’s emotional accuracy—that the nihilism, violence, and individualistic grabs for power, disregarding others and morality, are more true to human nature.

A grim and dark future, indeed. What could possibly draw so many people to it?

Grimdark is much like horror, in that it presents a terrible, even terrifying, reality—one a reader can immerse themselves in but escape from easily, simply by closing the book. It can distract us from our own terrible, sometimes terrifying reality, comfort us, and even provide some interesting lessons.

For example, addiction, racism, and the horrors of war are major themes of R.F. Kuang’s series The Poppy War. Set in a world inspired by China and Japan, and drawing heavily from the violent events of the Nanking Massacre, the series entwines classic fantasy elements such as magical schools and living gods with very real human atrocities and political maneuverings.

Mark Lawrence’s Prince of Thorns features a protagonist who rivals Tony Soprano with his repulsive yet fascinating amorality. Joe Abercrombie’s The Blade Itself features three such morally gray leads, all scrambling to survive in times of war with—if not their souls—their bodies intact.

Other contemporary fantasy titles that aren’t strictly considered grimdark, like The Traitor Baru Cormorant, incorporate these same ruthless grimdark themes, too. The heroine of Seth Dickinson’s novel, though pursuing the lofty goal of overthrowing a cruel empire, must question at every turn whether her ends justify her means, especially to the cost of her own happiness, sanity, and conscience. Baru’s ruthlessness, though ostensibly in the name of good, would endear her to the likes of Cersei Lannister.

Perhaps now we are closer to the world as Ovid saw it, than as Tolkien and Lewis did.

Whether these characters win whatever game of thrones they’re playing, or whether they destroy themselves along the way, readers don’t condemn them. Rather, they tend to cheer them on.

The public has traditionally flocked to images of suffering, death, and amorality during traumatic and turbulent periods; The Guardian cites the uptick in imagery of Hell after the Black Death killed millions in the 14th century, the disillusioned, bloody art and literature after World War I, and the wave of horror adaptations during the Great Depression.

Going back even further, one could say that grimdark is the truer successor of the mythology, folklore, and legends of the distant past than the fantasy of Tolkien or Lewis. Open Ovid’s Metamorphoses or the Anglo-Saxon epic Beowulf, and you’ll find viciousness on every page. Even the fairy tales we grow up reading (or watching, as the case may be, on Disney+) once contained a lot more blood and sex than most people imagine; it was the Brothers Grimm themselves who first sanitized the stories, removing the graphic elements and replacing them with Christian imagery, in order to appeal to a wider audience.

Cruelty and caprice have always been attractive plot devices, because they have always existed—and often triumphed. Violence and war, as much as we might wish it, won’t be disappearing anytime soon.

If anything, the popularity of a genre that can be said to glorify such things reveals much more about the culture in which it appears than the genre itself.

Perhaps now we are closer to the world as Ovid saw it, than as Tolkien and Lewis did.

Though Game of Thrones’ much-anticipated series finale was met with frustration and criticism, sacrificing the show’s themes, characters, and worldbuilding to breakneck pace and plot holes, the show revolutionized fantasy in the public imagination. It was the show’s gore and savagery that initially attracted audiences, but they kept watching to witness the human element. To know if it was even possible to win the game of thrones, how much it would cost, and if it would be worth it in the end.

In an era that sometimes feels more dystopian than the most incisive of dystopian novels, it makes sense that readers would turn to an intensely violent genre for entertaining release and distraction; it makes sense that a series featuring hundred-year winters, zombie armies, and multiple civil wars would capture global attention. The greed, selfishness, and rage of the characters, their complicated relationships and even more complicated ambitions, and especially their triumphs and failures, are compelling to audiences living through their own politically fraught, existentially uncertain times.

The darker expectations of the genre allow grimdark authors to explore age-old philosophical questions in new, interesting, and entertaining ways: “Do good ends justify cruel means? Or should we… feel obligated to do the right thing even when it’s suicidal? Can any person be trusted with absolute power?” That such political and moral questions can be posed without proselytizing, without providing a clear answer, is part of what makes such storytelling so powerful

When done well, with care and intelligence, dark and violent tales can offer valuable insights into the human experience. Not only do they portray the lowest lows to which humanity can descend, they often illustrate the value in the struggle to ascend—even in the face of injustice, bigotry, and death.

Whatever questions Beowulf raised about human nature, grimdark’s questions can and should be yet more sophisticated. Surely, as times only get darker, they’re still worth asking.

Born and raised in the Midwest, Alexa Schmitt Bugler learned quickly to explore other worlds through history and fiction. She received her master’s degree in comparative literature from University College London and, now based in New York City, works in educational publishing. 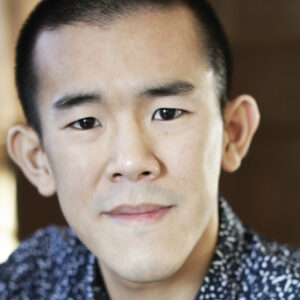