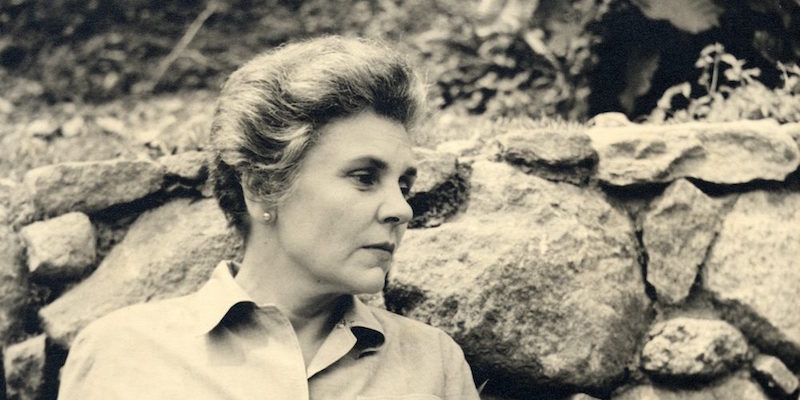 Liza Wieland on Finding Darkness Where So Many Find Light

“No animals appear to have been harmed in the making of these poems.” That’s David Orr writing about Mary Oliver’s work in a review of O Magazine’s spring 2011 poetry issue. Readers of Oliver know otherwise: some animals in her poems come to very great harm. Crows dream of murdering an owl, a caught fish flails and sucks at “the burning amazement of the air,” flying bluefish rip a school of minnows to shreds, and vultures look for death “to eat it, to make it vanish.”

And that’s just in one of her twenty-plus books, the Pulitzer Prize-winning American Primitive.

Elizabeth Bishop’s animals, I’ve noticed, are harmed too. A depilated dog is threatened with drowning, roosters clawed to death in a cock fight are flung on ash heaps, an owl’s nest is burned by a fire balloon, dead pigeons fall from the sky in Paris where winter “lies under a dead wing with damp feathers.” Often, animals are beleaguered or mocked: other birds are hysterical, an enormous turtle is helpless, tanagers are embarrassed (and that’s just in Florida!). Elsewhere, the celebrated enormous fish is weary with escape, the sandpiper is obsessed, puffins are silly.

Oliver and Bishop share a clear appetite for animal flail and gore and death. But many readers don’t seem to make very much of this. Critics praise the work, but tend to smile gently, indulgently, upon Bishop’s rhymes, her received forms and elegant impersonality, Oliver’s “old-fashioned” subjects.

Looking deeper, I find something else, a darker vision. Both Bishop and Oliver escaped from unhappy home lives: neglectful mothers, sexual abuse by an uncle, a father. “It was a very dark and broken house that I came from,” Oliver once told an interviewer. Bishop couldn’t or wouldn’t say anywhere near that much, even surrounded by all those confessing poets. She called them “the self-pitiers.”

There was no #MeToo for Elizabeth Bishop and Mary Oliver (there was, in fact, for Bishop hardly any me at all). What seems to have saved both women is the hard, clear gaze of their poems, the large view: outward, across, away, up. But not always up. Sometimes down and precariously deep.

Mary Oliver’s poems may start in the light of the natural world, but so many pass through or conclude in abject darkness.

Oliver’s poems may start in the light of the natural world, but so many pass through or conclude in abject darkness. The end of a prose poem, “August”: “I think of the painting by Van Gogh, the man in the chair. Everything wrong and nowhere to go. His hands over his eyes.” Or “The Son” and “The Lost Children,” poems in which “loss leans like a broken tree,” always threatening. Bishop’s “awful but cheerful” formality and careful observation are the vehicle for the death of a young child in winter, whole catalogues of losses in “One Art,” unspoken grief in “Sestina,” in which the grandmother is “laughing and talking to hide her tears.”

Orr also wrote this about the poetry issue of O:

I wish, though, that [the magazine’s editors] had found space for someone—not a critic, necessarily, just someone willing to be honest—to talk about the actual experience of reading a poem. Not why poems are good at rehabilitating people. Not where poems come from. Not what they can help us do, or forget, or remember.

I would argue that is the “actual experience” of reading a poem for most people: the igniting of a memory, the experience of joy, of solace. And I believe it’s as “actual” for the poet as it is for the reader.

I am struck by the similarity of Mary Oliver’s and Elizabeth Bishop’s fish poems, beginning with the act of catching a fish, which is made in both poems to seem remarkable, even a little brazen. After that, both women turn to a contemplation of what’s on the inside of the hooked fish. The speaker in Oliver’s poem says of the first fish she ever caught “I opened his body and separated/ the flesh from the bones/ and ate him.” Bishop’s speaker thinks of “the coarse white flesh / packed in like feathers. . . / the dramatic reds and blacks / of his shiny entrails.”

For Oliver, eating the fish is obviously a kind of communion and resurrection: “Now the sea / is in me: I am the fish, the fish / glitters in me; we are risen, / tangled together. . . .” Bishop’s communion is nearly unacknowledged: “I stared and stared / and victory filled up / the little rented boat.” The victory here would seem to belong only to the fish, whose lower lip holds “five big hooks / grown firmly in his mouth.” But then you remember that the fish isn’t even in the boat. In the end, the real victory is Bishop’s: “I let the fish go.” The victory is the letting go.

The line reminds me of the Emily Dickinson poem that begins “After Great Pain, a formal feeling comes—” and charts a consciousness in the aftermath of terrible suffering. In the final stanza , Dickinson crafts an elaborate simile: surviving great pain is “Remembered, if outlived/ As freezing Persons recollect the snow—/ First—Chill—then Stupor—then the letting go— ”

Oliver and Bishop outlived the great pain. At the end of her fish poem, Mary Oliver says so explicitly: “Out of pain, / and pain, and more pain / we. . .are nourished/ by the mystery.” For Bishop, “everything / was rainbow, rainbow, rainbow!”

I get the sense that Bishop and Oliver are having a conversation through their poems. I can almost hear them. Miss Bishop, Mary Oliver says, let me help you. Elizabeth Bishop says nothing, but that is assent enough.

Though it is perhaps too easy and too common to read poems by women as autobiographical, I should say here that it is hardly a coincidence that both fish, the eaten and the released, are identified as male. And since I will likely be taken to task for this reading, let me cast caution to the wind and keep going. I get the sense that these two poets are having a conversation. I can almost hear them. Miss Bishop, Mary Oliver says, let me help you. Elizabeth Bishop says nothing, but that is assent enough.

What if poets could speak across time, not only to each other, but for each other?

Time is an etoile, says Bishop, in the poem “Paris, 7 A.M.,” a star, a many-pointed thing casting itself out in several directions. Now is nowhere, says Oliver in “Fall Song.”

Think about it: in the absence of time, all things are equal, all poets coexist, happily. There is no anxiety of influence.  There is only something akin to the joy, the delicious surprise people sometimes feel when they complete each other’s sentences. The sound of the laughter that arises at such moments. Laughter let go and undoing, somehow, the harm.

In a way, this is what my novel Paris, 7 A.M. wants to do, speak across time, to Bishop and for her. My novel’s time is 1937, as Europe is just beginning to experience the great harm the Nazis will do. Twenty-four-year-old Elizabeth Bishop travels to Paris and there begins to understand who she is and what she will—and will not—write. Miss Bishop, the novel asks, let me help you. Let me shadow forth what we may not have suspected about your path toward the poet you became, about your proximity to harm and your courage in the face of unspoken grief. Your learning to let go. 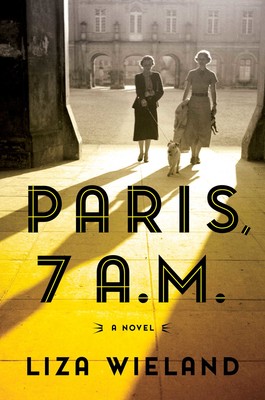 Liza Wieland is an American novelist, short story writer, and poet who has received fellowships from the National Endowment for the Arts, the Christopher Isherwood Foundation, and the North Carolina Arts Council. She is the 2017 winner of the Robert Penn Warren Award for Fiction from the Fellowship of Southern Writers. Her novel A Watch of Nightingales won the 2008 Michigan Literary Fiction Award, and her most recent novel, Land of Enchantment, was a longlist finalist for the 2016 Chautauqua Prize. She lives near Oriental, North Carolina, and teaches at East Carolina University.

20 Years On, Jhumpa Lahiri's Empathetic Fiction is a Lesson for All 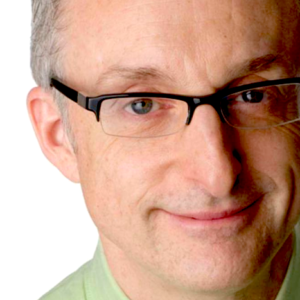 The American technology journalist and impresario David Kirkpatrick is probably the world’s leading authority on the history...
© LitHub
Back to top