I learned when I started translating Graciliano Ramos that it’s something of a commonplace to refer to him as “the Faulkner of Brazil.” Why?

Ramos, like his contemporary William Faulkner, wrote about a corner of his country remote from its centers of cultural and economic influence, a place of characteristic customs and manners, history and problems. He was admired as much for his pioneering literary techniques as for the light he shed on his region. And while his preoccupations are recognizable from one book to the next, he deployed language in each as a vehicle not only for mood, but for psychology, representing in the language itself the nature and limits of his characters and, by extension, the land out of which they rose.

In these latter ways, Ramos’s influence has proven durable: not only does almost every Brazilian read at least one of his books in school but contemporary writers readily attest to his status as a point of reference. “If we were to take stock of Brazilian writers from the first half of the 20th century,” says Paulo Scott, for example, in a 2012 essay in Asymptote, “and ask which writer has had the greatest impact and influence on the way Brazilian writers write today, I have no doubt that the name of Graciliano Ramos would make the top of the list.”

To the debatable extent that there is value in comparing writers, more particular points of comparison offer greater interest. Certainly, when I first read São Bernardo, the Ramos book I ended up translating, I was struck by the similarities between Thomas Sutpen, the ruthlessly ambitious figure at the center of Faulkner’s Absalom, Absalom, and Paulo Honório, Ramos’s anti-hero.

In Faulkner’s novel, Sutpen, a stranger to Yoknapatawpha County, buys 100 acres there with the intention of establishing a dynasty. In São Bernardo, Paulo Honório schemes and bargains to buy and restore to glory the now-decrepit plantation where formerly he was a day-laborer.

Both are men of obscure origins, to themselves—neither knows his exact birthday, for example—as well as to us: “Paulo Honório” is a nom de plume. Both he and Sutpen are driven by the desire for material gain, and the power that wealth signifies. Edgy with perceived slights and paranoid insecurity, they rise to command respect even while they know that respectability will likely remain beyond their grasp. So they bank on their properties and heirs to represent them to the future. Instead, they’re punished with tragedy. Faulkner grinds Sutpen down to dust, however, while Paulo Honório is rescued by ironic self-awareness.

São Bernardo was visionary, reconceiving the boundaries of Brazilian literature, placing Ramos on the vanguard of modernism.

Sutpen’s own voice is famously absent from Absalom, Absalom! Rather, we learn his story from others with only a tangential investment in it, people who concoct it from speculation and surmise. By contrast, Paulo Honório himself conceives a book of his life and works—a different kind of immortality, but one whose success is equally uncertain. Everyone has skills; writing is not Sr. Paulo’s. In fact he would have been illiterate but for an accident: thrown in jail as a teenager for knifing a guy over a girl, he emerged having learned to read and write.

As makes sense to him, he first approaches the project as a capitalist, saying, “Before I started this book, I thought division of labor was the way to go.” The trouble is that his recruits don’t share his vision: his erudite lawyer, for example, envisions “a novel in the language of Camões, with sentences turned back to front.” (Not a bad description of Faulknerian prose, frankly.)

“Count me out,” Paulo Honório responds, but even a journalist friend who he hopes will be more malleable presents him with “two typed chapters of nonsense.” Sr. Paulo blows his top: “It’s pompous, it’s fake, it’s idiotic. No one talks this way!” The journalist objects, saying “an artist can’t write the way he talks.” Paulo Honório is flabbergasted—why not?  “Literature is literature, Sr. Paulo,” his would-be collaborator patiently explains. “If I wrote the way I talk, no one would read me.”

Good help is hard to find, a recurring problem in this story.  Sr. Paulo decides to write the book himself, write it just the way he talks. His voice is crude and exclamatory, but the mode—first-person confessional—also allows for a self-reflexiveness rarely granted to him in regular life.

São Bernardo was visionary, reconceiving the boundaries of Brazilian literature, placing Ramos on the vanguard of modernism, which was blooming more visibly in Brazil’s southern urban centers. As with Faulkner, he drew on a regional richness, invisible and in many ways illegible to outsiders, even those within his own sprawling nation.

Comparisons between the two writers spread and deepen once we go beyond these two novels. Faulkner’s The Sound and the Fury is studded with portents only the black characters can recognize, so that the servants and tenants suffer a foreknowledge of the Compton family’s coming tragedies while the family itself stumbles toward its demise. The literary classes who consumed the novel would presumably have been as blind to those signs as the white folks within its pages.

Similarly, dialogue and description in São Bernardo are full of expressions that baffle middle-class Brazilians, even those within the northeast—the class Sr. Paulo aspires to and to which he will never properly belong. Like Faulkner, Ramos schooled himself in the worldview and argot of his isolated region’s subaltern classes, and threaded these into his novel. Many of the expressions Ramos gives Sr. Paulo are still not found in any other print source. And, in both The Sound and the Fury and São Bernardo, an owl’s hoot portends death.

The complexities of race in each writer’s novels similarly reward assiduous reading. Faulkner’s best-known novels contend with the legacies of slavery, and while questions of race don’t explicitly motivate any Ramos novel’s action the way they do Faulkner’s (among other factors, the two countries held very different attitudes toward race-mixing), black and mestizo characters are visible and significant in his books’ social fabric and hierarchies.

The Brazilian northeast was a primary destination for the slave trade under the Portuguese, and slavery persisted longer there than in the US, but Ramos’s home state was the site of several self-sustaining communities of runaway slaves. Eventually, if incidentally, Ramos even translated Booker T. Washington’s Up From Slavery into Portuguese.

And surely some serious attention could be devoted to examining Ramos’s last novel Vidas Secas (Barren Lives) against Faulkner’s As I Lay Dying. Both books are high formal experiments that track poor families sent out on the road by loss, trying to accomplish some near-impossible task, attempting to wrest dignity from circumstances that would deny them. Faulkner’s sense of humor even glints lightly in this book, so Ramos would not be so alone with his dry irony.

For all these reasons, it’s fair to mention these two writers in the same breath, for their aesthetic and thematic preoccupations, and for the place they held in their countries’ evolving modernism. So it seems worth asking why Faulkner rose to international prominence while Ramos was consigned to being considered a regional writer.

Faulkner started publishing in the 1930s, as the US was contesting British centrality within the Anglophone literary world. Initially, the Brits seemed to have difficulty understanding why they should expend so much effort on a writer so difficult to understand. Critic Gordon Price-Stephens says many British critics considered Faulkner’s success “to be accidental, achieved in spite of the peculiarities of style and aberrations of form with which he burdened his readers.”

They thought he was making them work too hard, especially in light of his squeamish subjects. But, says scholar Cleanth Brooks, the violence and depravity initially thought by American northerners and Britons alike to be the province of the south came shortly to be considered pan-US problems. Faulkner’s regional identity expanded: now he was an American writer in the American century.

After winning the Nobel, Faulkner did a lot of travel at the behest of the State Department. After one such voyage in Venezuela, overcome with sympathy for Latin-American authors unable to get broader exposure, he established the Ibero-American Novel Project: to find and publish the single best post-war novel from every South American country. The base requirement was that the novel have been originally published after 1945, but somehow Ramos’s 1938 Vidas Secas was chosen as Brazil’s representative book.

Faulkner’s prize paved the way north for many South American writers, but, as Brazilianist Darlene Sadlier notes, while leftist theorists like Georg Lukács lumped Faulkner in with “decadent modernists” like Joyce and Kafka, the Brazilian social critic Gilberto Freyre “made sharp distinctions between Northeastern writers and the São Paulo modernists,” suggesting that Ramos was a social-realist chronicler of Brazil’s dust-bowl, rather than an artist redefining fictional form. Others then echoed this distinction.

Influential translator Samuel Putnam, for instance, said of Ramos, “He writes of the human soul in bondage; his landscapes like his characters are sun-parched; and his method is that of the social-literary vivisectionist.” Sadlier suggests Ramos might be better served “by moving away from the binary opposition between realism and modernism,” to allow us to “attend more closely to the language and style” of Ramos’s fiction, which are, she says, “ideologically superior to crude forms of social realism.”

Sadlier particularly implores American readers to take a closer look at São Bernardo, the second of Ramos’s four novels, and the one that most clearly shows why he’s bigger than the social-realist-regionalist box he’s so often put in: “If any book by Graciliano receives greater attention from US critics, it should be this one,” she says, using the author’s first name per Brazilian custom. “It superbly exemplifies all the issues that have preoccupied critics of his work—the dialectic between social realism and modernism, the blend of cosmopolitan literary sophistication and careful observation of a specific region, the blurring of the line between autobiography and fiction—and it secures Graciliano’s position as a major author of the twentieth century.”

And yet no one refers to Faulkner as North America’s Graciliano Ramos. My suspicion is that Ramos was doubly disadvantaged: his non-Lusophone readers only have access to him through the screen of translation, and his translators may have seen him through the dominant critical perception’s distorting screen, rendering his work accordingly. I attempted a new translation in large part to try to correct this: Ramos and North American readers deserve another crack at each other at some greater distance from Faulkner’s benevolent gaze. 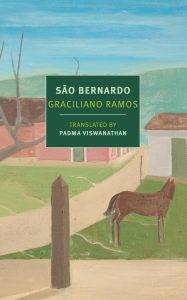 Padma Viswanathan’s debut novel, The Toss of a Lemon, has been published in eight countries and was a finalist for several prizes. Her second novel, The Ever After of Ashwin Rao, was a national bestseller in Canada and was short-listed for the Scotiabank Giller Prize. Her short fiction and nonfiction work has been published in several outlets, including Granta, the Boston Review, Elle (Canada), and Guernica. She teaches creative writing at the University of Arkansas. 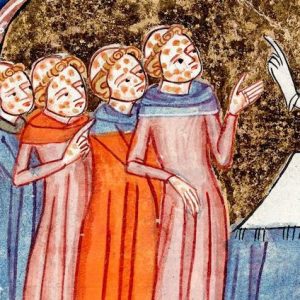 On March 5th this year I was working as a doctor in the hospital where the UK had its first COVID-19 fatality. In the space...
© LitHub
Back to top
Loading Comments...