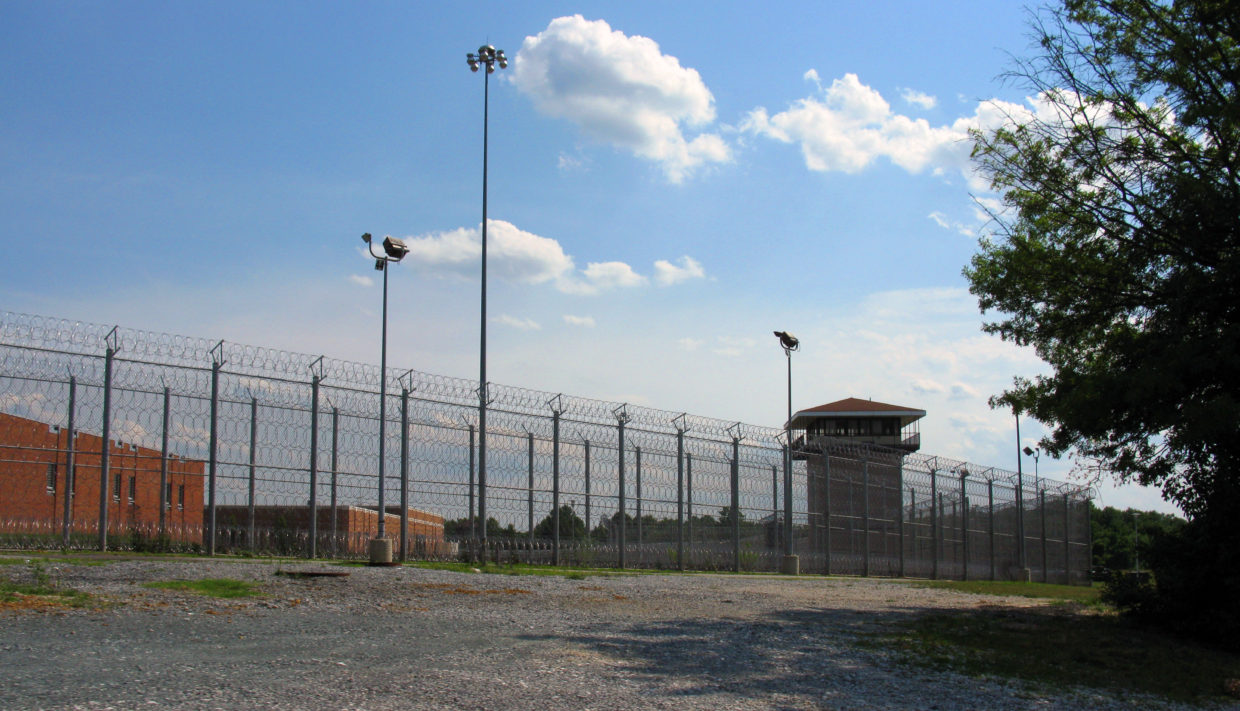 Why Did the Jessup Correctional Institute Cancel My Book Club?

For Any Reason or No Reason at All...

In The Maximum Security Book Club, released last June, I wrote about the reading group I have been running for the past four years at Jessup Correctional Institute, a men’s Maximum Security Prison about 15 miles outside Baltimore. JCI is one of the worst of Maryland’s 23 prisons, notorious for gang violence. This year has been especially bad. On January 18th, a convict killed his cellmate with a homemade shank. More recently, on August 14th, a gang of men stabbed another inmate to death.

There were only nine men in my book club, but I knew that for these convicts, the group had become an essential part of their weekly routine. It had taken a long time for us to trust one another, but I felt the men were beginning to recognize that reading could be an alternative to the more perilous ways of negotiating the everyday monotony of prison life. One or two of these men had never read a book before. Now they were reading all the time.

On August 15, the day after the second stabbing, I received an email from the prison’s Assistant Warden, whom I have never met, informing me that I had been found guilty of an infraction. “Unfortunately,” she wrote, “you will not be permitted to volunteer at JCI due to your failure to adhere to rules set forth by our volunteer program coordinator. Although we value our volunteers time and service to the population we cannot allow such breaches to occur.  Thus your privileges are suspended.”

This was devastating news, and not only because I was not told what mysterious transgression I had committed. Surely at a time when tension was high, volunteer-led groups like mine that encouraged cathartic discussion (and cost nothing to run) should be promoted, not suddenly ditched without giving the men a chance to say goodbye. I am a trained psychoanalyst, and even though I was not running the group in a clinical capacity, it was unquestionably therapeutic. Over the last four years, I had shared with these nine men their most profound life experiences: marriages, divorces, the deaths of loved ones, lockdowns, weeks on solitary confinement, serious medical procedures, psychiatric evaluations, and parole hearings (all of which were turned down).

In the meantime, I had got the men to struggle, reluctantly at first, through literary classics like Joseph Conrad’s Heart of Darkness, Kafka’s Metamorphosis, and Robert Louis Stevenson’s Dr. Jekyll and Mr. Hyde. They did not always find the books easy, but our discussions were invariably enlightening, for myself as well as the convicts. For at least two of them, the last four years were the longest time they had ever been on general population. “I used to be a time bomb waiting to go off,” said Donald, who had, in the past, spent years in the Supermax for violent behavior. “I’m not like that right now. This book club is very good for me, to be honest. Keeps me out of trouble.”

I read the Assistant Warden’s e-mail four or five times, but I still could not grasp its implications. All I could think about was the ten copies of Toni Morrison’s Beloved I had just bought. They were waiting on my desk for me to take in to the prison for our first meeting of the fall semester. When we can’t grasp something enormous, we hold on to something small. We had talked about this last year in the book club, when we were reading Kafka’s Metamorphosis. Gregor wakes up to find he had turned into a bug, but is worried about missing his train and being late for work. “When I was on trial,” Vincent had remembered, “and I heard the judge say he was giving me two consecutive life sentences, all I could think about was the stuff in my bedroom at home—my posters, tapes, records and everything—and what was going to happen to it. I couldn’t register that I was about to go to prison for the rest of my life.”

I called the Assistant Warden the following day, but—another Kafkaesque moment—was informed that she no longer worked at the prison. Subsequent e-mails to her address bounced back. I next tried the Media Relations Specialist at the Maryland Department Corrections, who had advised me last year, when I needed to obtain permissions for my book.

“Don’t think I’m going to be able to help you,” he replied, dismissively. “We have a new Communications Director. You should get in touch with her.”

Positions in the Department of Corrections seem to be political appointments. The Media Relations Specialist was a journalist who had been laid off from the Baltimore Sun, and was given his job by then-Governor Martin O’Malley, whose campaign he had covered sympathetically. The new Director of the Office of Communications was a former talk radio broadcaster and voiceover actress for video games. When I asked her what rule I had broken, this was her reply:

Pursuant to the Volunteer Agreement and Acknowledgement form, as stated in your Volunteer Orientation guide, the following applies: The State or the Department of Public Safety and Correctional Services reserves the right to terminate any volunteer for any reason or no reason at all, except as precluded by law. Therefore, facilities reserve the right to sign up or terminate volunteers autonomously, and do not have to offer explanations for such actions.

I stared at the words on the screen. “ … for any reason or no reason at all …”. How Doug would have appreciated the dark horror of those words! The oldest member of the book club, Doug, had worked as the prison librarian’s assistant. When we’d finished Animal Farm, Doug read everything else by Orwell he could find. When he went into hospital in March for a long-delayed heart bypass operation, he took with him a copy of Orwell’s 1946 essay, “Politics and English Language.” Doug passed away on Sunday March 27 2016, aged 68. He slipped and fell in the toilet at the prison hospital—a dreadful place to die. I had not read Orwell’s essay until Doug recommended it to me, and this e-mail from the Director of the Office of Communications reminded me how prescient Orwell continues to be. “When there is a gap between one’s real and one’s declared aims,” he writes, “one turns as it were instinctively to long words and exhausted idioms, like a cuttlefish spurting out ink.”

The books we read together in the book club, depressing though they may sometimes have been, showed the prisoners that they were not alone in their suffering. The fact that they could identify with characters like Bartleby and Gregor reminded them that they were more than just “criminals” or “lifers”: they were human beings with dignity, pride, and purpose. The more they read, the more perspective these men gained on their own situation. Reading about other people’s inner lives helped them understand that their conflicts and difficulties were often internal, and that, from another viewpoint, their own situations could seem completely different. Literature also helped to remind them that if words had the power to imprison them (“life without parole” is a terrible sentence in both ways), then words could also teach them how to expand the limits of their captivity.

The e-mail I had just received negated the very premise of our book club. It consisted of those ready-made phrases (“pursuant to…”; “as stated in…” “reserves the right to terminate…”; “except as precluded by…”; “do not have to offer explanations….”) which, as Orwell puts it in “Politics and the English Language”, will come crowding in as soon as you give up the trouble of thinking for yourself. “They will construct your sentences for you,—even think your thoughts for you, to a certain extent — and at need they will perform the important service of partially concealing your meaning even from yourself.” This is the point where politics connects with the debasement of language. And when the meaning of what you say is something you need to conceal even from yourself, it is not only language that is debased, but human life.

To read an excerpt from The Maximum Security Book Club on Lit Hub, click here.

Mikita Brottman, PhD, is an Oxford-educated scholar, author, and psychoanalyst. She her previous books include The Great Grisby: Two Thousand Years of Literary, Royal, Philosophical, and Artistic Dog Lovers and Their Exceptional Animals, and is a professor of humanities at the Maryland Institute College of Art in Baltimore. She lives in Baltimore, Maryland, with her partner David Sterritt. Her latest book, An Unexpected Death, is available from Henry Holt and Co. 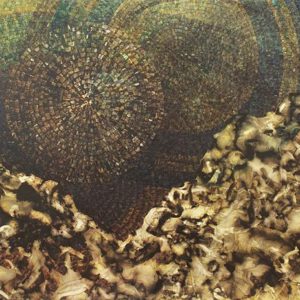 I think of Kazim Ali's poetry as a constant attention to language, its curling shape, its bouncing sibilance, to such insistency...
© LitHub
Back to top