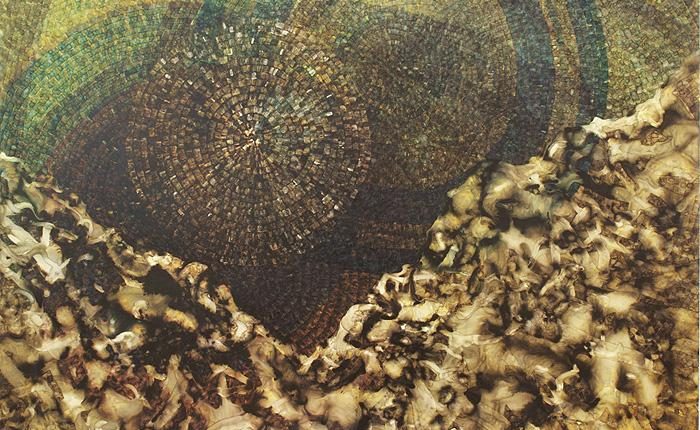 I think of Kazim Ali’s poetry as a constant attention to language, its curling shape, its bouncing sibilance, to such insistency and precision that the carefulness becomes nothing so embodied as an erotic transference shared between poet and reader. These new poems jostle and startle, but just as often retire back to the fragments of images and words whose fuller history has been sacrificed for the context the poem will make of them. It’s a sensuous embrace of the lyric’s space, of lyric as space: from intimacy in a bed, to a tragedy overhead, then back to the interrupting almost mysticism of a clear, sweet mortality the poet detects almost everywhere. The first three prose poems form a gorgeous triptych that sounds unlike anything else to me in contemporary poetry, there’s a maturity of great pause and focus in each sentence’s absolute transition. The final lyric, a haunting elegiac cry of language and bodies broken up reminds yet again that the queer belief this poet celebrates often prefers “poems with a lot of space in them,” as he said once in an interview. His own poetic reach feels pretty infinite.

Poetry lives in my body not just because there is a snake, serpent of wisdom who spilled the beans, who slithered into Adam’s mouth and slid down his throat, already sore from naming.

I’m lonely on the plane as it carries me away and always wonder how far there is left to fall.

Out of the mortal shape for one thing and into the earth.

I can’t answer you except to say the energy of poetry is already coiled in my pelvis, taking up the space usually filled by gender, that slippery genre of the body that refuses to behave.

It’s raining hard and I’ve one more errand to run before hurrying home to comfort a friend and prepare for the talk on my trip to Palestine.

I had no time this morning because I had to watch Matthaus cutting down the tree so he wouldn’t hurt himself.

He had to take down the tree because a branch broken in the storm splintered and fell the next day and nearly hit Ella in her driveway.

Our bodies are so lovely and breakable so what does it say that they are the vessel for poetry.

Do they fill like a river or shine some light on frailty. How quickly we don’t have ourselves anymore.

The rain is cold and we are water.

Matthaus came inside after his labor and marveled at the woodwork inside. The house is like a body and we are the poetry whispered inside.

The shady room on the third floor, for example, where we practice meditation and yoga. Now that the tree is gone, even in the summers it will be flooded with light.

In the room I lay down next to A. watching him read my poems.

I wanted to reach out just two inches and stroke his hair.

The previous night a plane had crashed in my neighborhood just one street over from my house. My father had heard nothing of the disaster in the air, and me on the other side of the world, calling, frantic.

My life walking down the jetway thinking I should leave a copy of the poems in the hotel room drawer.

My father did not hear the crash because he had the TV turned all the way up.

Watching the light rise off A.’s ribcage and back as he breathed. Everything in world that’s lost.

A. saw those poems, read them once to himself in the blue afternoon. But what could he possibly remember? A line, a word, a scrap.

I’m in the air now lost not lost—

No Glass Allowed in the Patio Area

As the afternoon twinges on its septemberhinge, I divine trees cherrythick.

In the cooling summer evening, my arms around him, he licks coconut rum off my lips.

During the day clothed and awkward I am angry, here in the heat, skin against skin, ignited in need I want to melt down into him and not matter or wonder.

What I want to hold in my hand or mouth my cannibal thirst, sweet eighty proof, cocksure and quiescent.

Spring colors are supposed to be rose and yellow and light green. Bright nasturtium orange, not that of papery leaves curled.

And I had always before drowned myself in brown and blue and grey, an unanswered clue.

At a table alone waiting for my order which hasn’t come and I am afraid to speak up or call for a server. And when it comes of course I will eat it quickly as if I am starving.

Like when a lover said in the morning, before getting out of bed, already in despair, “I can’t wait for today to be over.”

At a table alone. Who am I and how did I come to this place seen through the lens of clear liquid and fire.

I hope in addition to reaching forward through the weave of action to hold myself.

To find myself or drop myself in the desperate dark.

A lonely man at the next table, glum and waiting for his friends, so sad and beautiful I can hardly tell if he is a man or a woman only that he is soft and a little bored and maybe even a little afraid his friends aren’t coming and he will sit there nursing his one drink all night, waiting, trying to seem as if he does not see me seeing him.

“But the sun was shining, and some of the people in the world had been left alive, and it was doubtful whether the ridiculousness of man would ever completely succeed in destroying the world.”
–Gwendolyn Brooks, Maude Martha 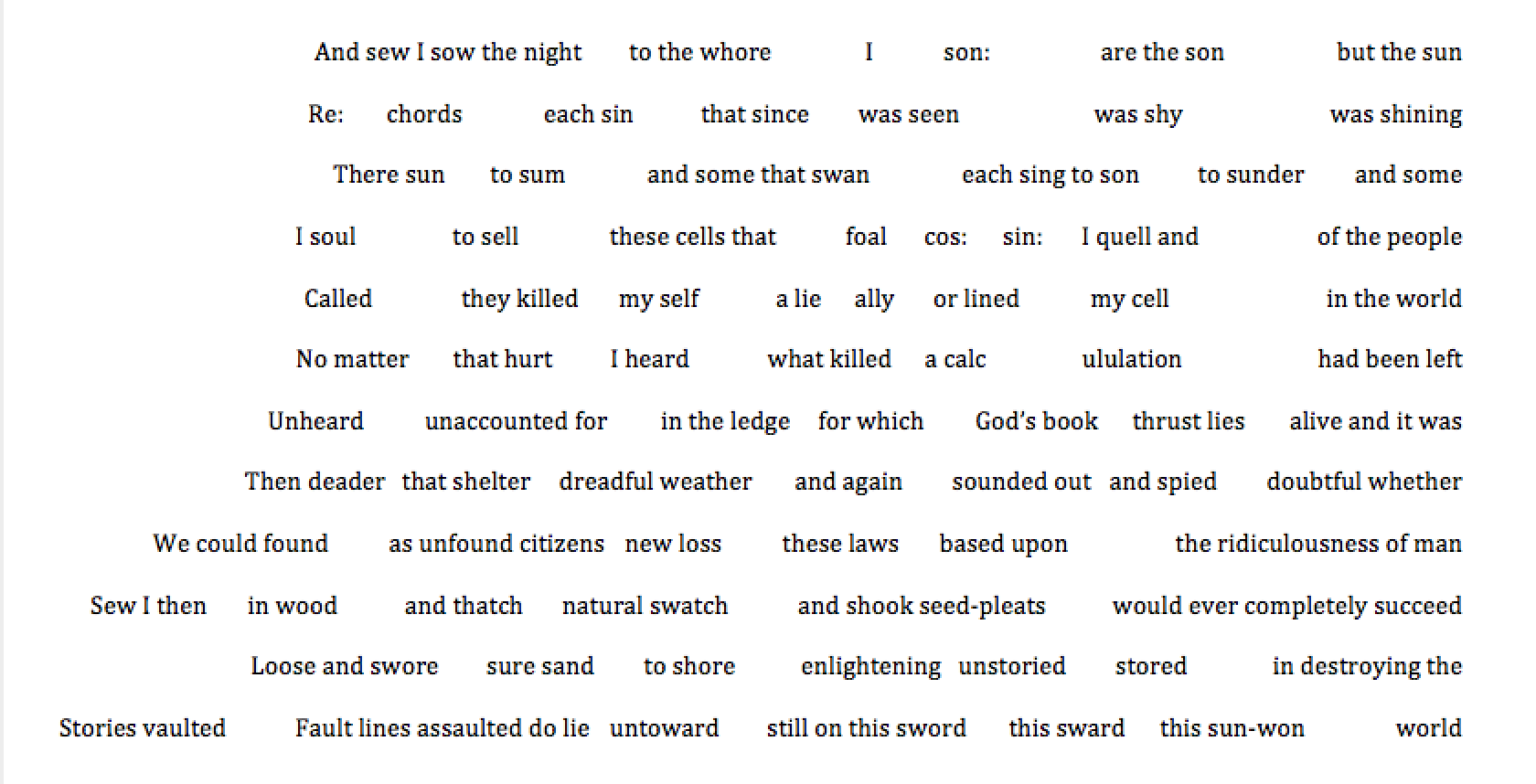 Why Did the Jessup Correctional Institute Cancel My Book Club? 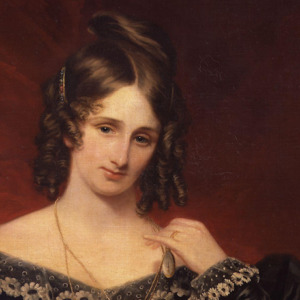 LitHub Daily: August 30, 2016 How I helped Elmore Leonard write Get Shorty. | Literary Hub DIY, 19th-century style: On the lost art of custom-illustrating your...
© LitHub
Back to top
Loading Comments...