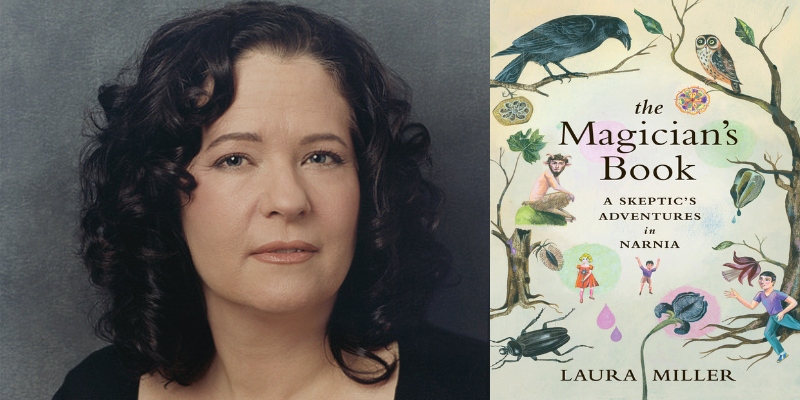 Acclaimed Slate books and culture columnist Laura Miller joins co-hosts Whitney Terrell and V.V. Ganeshananthan to discuss the ins and outs of being a critic. Miller discusses a recent piece about diversity and representation in audiobook narration. She also talks about reading for pleasure versus work, and why, when she’s not reviewing, she often finds herself listening to authors.

To hear the full episode, subscribe to the Fiction/Non/Fiction podcast through iTunes, Google Play, Stitcher, Spotify, or your favorite podcast app (include the forward slashes when searching). You can also listen by streaming from the player above. And check out video excerpts from our interviews at Lit Hub’s Virtual Book Channel and Fiction/Non/Fiction’s YouTube Channel. This podcast is produced by Andrea Tudhope.

*
Excerpt from a conversation
with Laura Miller:

Whitney Terrell: The term book critic does not hint at pleasure, but I’m going to guess that most book critics, like writers, got into their gig because they took pleasure in reading. In fact, your book The Magician’s Book: A Skeptic’s Adventures in Narnia is partly about falling in love with C.S. Lewis’ books as a child. I noticed that as I became a professional writer myself, I’m constantly reading things that I have to read and not reading them as a pleasurable part of my life. So how do you do your job and keep having fun as a reader?

Laura Miller: Well, I have found audiobooks really useful for that, partly because the amount of reading that I have to do professionally, and then the writing that follows that is very sedentary work, and I get very restless. So listening to an audiobook enables me to go out and garden or go for a walk, or do some chores around the house, get various things done that I have to do, and also be more physically active. Sometimes when I have to turn over something really quickly, and I’ve got to read a book for five or six hours in a day, I feel like I’m going crazy being still for all of that time. So, my reading for pleasure is mostly in the audio form, and my reading for work is mostly in the print form. I reserve all of my sitting in a chair time reading for professional reading, because that has to be sitting in a chair time. And then when I’m liberated enough to go out and work in the garden or cook a big meal or bake a friend’s birthday cake or something like that, that’s when I’ll have my pleasure reading in the form of an audiobook.

V.V. Ganeshananthan: That’s such a nice way to think about it. There are so many writers who talk about how walking or running helps them to write and it makes a lot of sense to me that moving would also help them to read. I think another way of having fun as a reader, for me at least, is seeing a writer call out some BS form of absurdity that I noticed and have been dying to see someone else notice and define, or just the pleasure of seeing something named, which is exactly what you did in your review of the literary survey Wonderworks by Angus Fletcher. It’s a pan, it’s hilarious. It was so fun to read. I wonder if you could read to us from that review.

WT: Thank you. The idea of art as self-improvement, or something that can be reduced to a TED talk, is really what you’re going after here. And I agree with you, and I’m so tired of seeing it all the time. I just thought you did such a great job of explaining that. But did you know at some point say okay, I’ve been waiting to say this, and this is the perfect vehicle for me.

LM: Well, it is something that I think of a lot. It doesn’t usually come up in terms of just reading a book, it usually comes up in terms of how people talk about books. Sometimes I think it’s a particular weakness of American culture. I remember reading by Leonard Marcus a history of children’s fiction in America. He was talking about the earliest colonial period when the colonies were run by Puritans almost entirely, and their difficulty with the whole idea of fiction, because it’s lies, and how they tried to work out a puritanical rationale for sometimes giving children works of fiction. They talked about different kinds of lies—some are the “devil’s lies,” which are meant to lure you away from God’s path—but others are what they called “sporting lies,” which are just lies told for the fun of it. But the American idea that everything we do needs to be channeled into some kind of publicly agreed upon virtue or self improvement, that everything needs to be teaching you some kind of lesson and it has to have a moral of some kind. I think it is descended from that puritanical discomfort with the idea of a sporting lie; that you would read it just for its own sake is really kind of alien to the American mentality.

VVG: Of course, this piece, like I mentioned, it’s a pan. I wonder, when you write something negative, how do you anticipate reaction? Do you worry that the writer is going to get mad? In the old days, you get an angry writer writing into the letter section of the New York Times Book Review, or the New York Review of Books. Some people still do this, but so much of the conversation today is elsewhere. So I’m curious about what they do, whether they pelt you with mentions on Twitter or film mean Tik Toks. How do you hear from your readers?

LM: If you’re talking about people whose books I’ve reviewed negatively, I don’t do it that much anymore because generally my editor at Slate wants me to write about things I’m enthusiastic about, about things I have strong feelings about. And I had strong feelings about [Wonderworks]. I never heard from Angus Fletcher. Most authors may have the urge to respond to a negative review, but usually their publicists stop them; it’s considered to be really bad form, and then it just becomes a spectacle for a jeering mob to be entertained by. Weirdly enough, Alain de Botton did that himself when a critic named Caleb Crain negatively reviewed one of his more recent books. He sent a lot of nasty emails and nasty tweets at Caleb, and as a result, he looked like a fool. So, mostly they don’t do that. I’m sure they fume privately. I think that’s even riskier now.

Let’s say Angus Fletcher sent me a nasty email. I didn’t make any ad hominem attacks on him, it was really just a complaint about his book itself. So I don’t think I was out of line in any of those points. We just have a disagreement about the merits of his book. And if he sent me a really nasty note, he would just be escalating it into the realm of the personal in a way that would be out of line. And for all he knows I could just screenshot that and post that publicly and make him look like a fool. There was a particular incident in the past—I was still working at Salon. I wrote something about a Caleb Carr book, a negative review, and he just totally flipped out and sent these long letters to Salon denouncing me, full of insults, and the editor of Salon was thrilled and published all of them. I didn’t feel ashamed. I kept my criticism to the work that he was publishing and selling to people. That’s my job. And he made a lot of ad hominem attacks on me. He just lost his temper, and he didn’t have a publicist who could control him. I still sometimes hear from people who remember that.

WT: I have a story I want to tell that I almost never get to tell, but it fits perfectly here. I went to high school with the daughter of a pretty powerful Kansas City mobster who actually was involved in the events that happened in the movie Casino, where the Kansas City mob used Teamster money to buy hotels in Vegas, stole money out of those hotels, flew it back to Kansas City and distributed to all these people. He was a serious guy. He had just gotten out of jail. And I went to dinner with him and his daughter, and he said that the thing he enjoyed most doing in jail was reading the letters section of the New York Times Book Review. I thought it was funny that even a mobster can recognize a good fight.

LM: Yeah, it’s not a good look for most authors to make that move. And the fact that publications are just thrilled to publish it should be an indication that they’re not getting their point across.

The Magician’s Book: A Skeptic’s Adventures in Narnia • “The People Who Voice Audiobooks with Diverse Characters are Squirming Right Now,” Slate • “Enough With Literature as Self-Improvement!” Salon.com • “The Dark History Behind the Year’s Bestselling Debut Novel,” Slate

Transcribed by https://otter.ai. Condensed and edited by Andrea Tudhope. 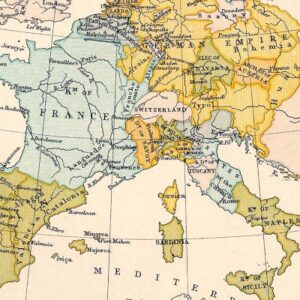