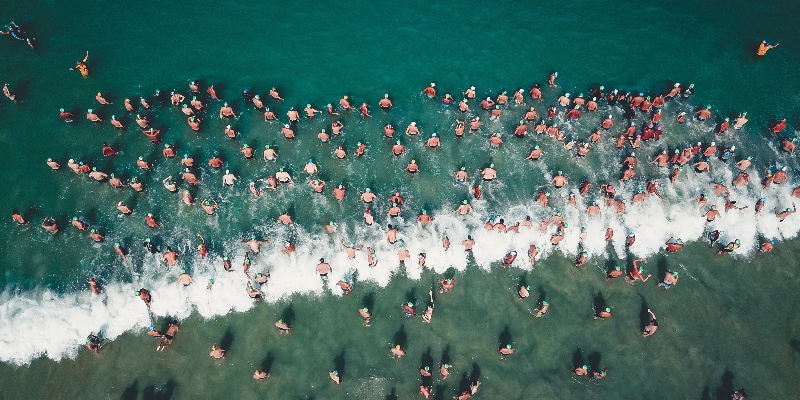 Why Are Women Beating Men in Ultra-Endurance Events?

On this episode, Dr. Beth Taylor discusses the physiological differences between men and women athletes and why ultra-endurance events seem to offer certain performance advantages to women.

Beth Taylor: There are a lot of psychological factors, and here’s where the distinction between psychological and physiological may become blurred that allow you to, for example, rationalize and accept the level of pain and sleep deprivation and hunger and discomfort that you may be in. In a 100-meter dash, if you’re doing it for ten seconds, yes, it’s incredibly painful, but you are not starving and sleep-deprived and depressed and vacillating emotionally and isolated and alone and hallucinating. You are doing all of those things and more in a 200-mile race. And so, how you psychologically adapt to some of those tremendous physiological discomforts makes a huge difference in the outcome of the race.

Michael Robinson: And is the thought that women have a psychological advantage, potentially, in these situations?

Beth Taylor: Well, here’s the controversy, right? And this is where I think we get into some of that gray area. It’s a very attractive hypothesis to say something along the lines of, well, women, as being the reproductive species responsible for having children, must be primed to have this tremendous ability to endure pain with no end in sight and long periods of deprivation and all of these things that could lend you to also being a good ultra-runner. That’s not an easy theory to prove, nor is it necessarily an accurate one.

Michael Robinson: I actually wrote down a quote from Dr. Carla Meijen on this point; I think she’s an applied sports psychologist at St. Mary’s University. She says, “Some female participants said events such as childbirth had helped them to deal with the pain and meant they had more belief in themselves so that they could push through the pain.” Any thoughts about that?

Beth Taylor: As I said, it’s an attractive hypothesis. And there is no doubt that there are events that women go through, such as childbirth, that perhaps make them either biologically or psychologically better primed to endure pain. That being said, A) it’s never been researched or proven. I don’t exactly know how you’d do that. B) there are lots of ultra-marathoners, females, who have never gone through childbirth and are excellent, so it can’t be just an acute effect of having gone through childbirth. And C) there are many men who have shown that they have extraordinary pain tolerance.

That’s not discounting that there may be a contribution, but it seems a bit of a fallacy to simply say that women are better ultra-runners because evolutionarily they’ve spent hundreds of thousands of years preparing themselves for one of the most arduous endurance events out there—childbirth.

Michael Robinson: I can tell you that as a cultural historian, the idea that we’re talking about the differences between men and women, biologically and psychologically, it makes me really uncomfortable. And I think part of it is just because the idea that women are innately different psychologically from men has for the last thousand years really been wielded like a club to identify women as different and not appropriate for certain kinds of jobs. Women are too emotional, or women are this or that.

Beth Taylor: Yeah, I think this is an interesting circumstance where there’s an obvious explanation here, or an obvious kind of attractive hypothesis that, yes, we could attribute things to women in terms of ultra-marathon performance by some explainable fact. But it’s not a neat picture, and we’ve done this too many times, culturally and historically, with a lot of other performance aspects, whether they be ethnic- or race-based or age-based.

There are lots of things that can’t be explained by childbirth when it comes to endurance performance and men and women. A good example is that study after study has shown that women are more even pacers than men are. Regardless of the race distance, if you look at pacing, men tend to go out faster and slow down, and women pace themselves much more evenly. Another interesting facet along those lines is that we tend to see that in endurance events where there’s bad weather, whether it be too hot or too cold, men tend to drop out at disproportionate rates than women do. Women seem to readjust their goals a little bit better mid-race and simply say, well, it sucks, but I’m going to gut through it rather than dropping out. Oftentimes you hear males saying things like, well, I wasn’t going to make my time goal, so I decided to drop out and save my legs for something else.

Those are not, I think, easily explainable by this one facet of childbirth or evolution. They may be bigger psychological, social, emotional, individual, genetic—who knows—factors that predispose the way women think versus the way men do. And there’s lots of things like that. I come back to it because when you talk about women being, for example, emotional, and that being something that held them back in the workplace, what we know now, of course, about that is that yes, women express and experience and manage emotions very differently. But in many areas of job performance, those have shown to be greatly beneficial, especially when we as different sexes understand that about each other.

Dr. Beth Taylor is an associate professor of kinesiology at the University of Connecticut and the Director of Exercise Physiology Research in Cardiology at Hartford Hospital. 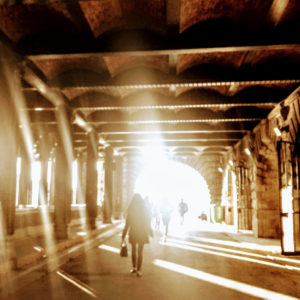 Paris, 27 November 1975 Yesterday, the world needed to be remade again. Luce and I are continuing our work begun in New York....
© LitHub
Back to top