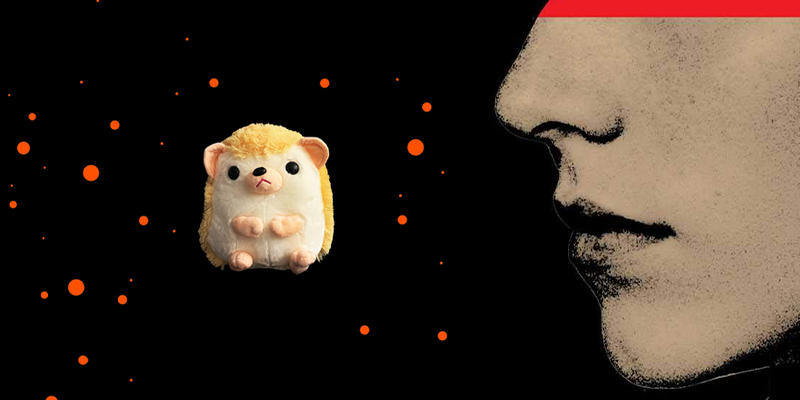 Why are we so hungry for books about cannibals?

By my count, 2020 has seen the publication of quite a few books featuring cannibalism. From Maria Dahvana Headley’s new translation of Beowulf to Shalom Auslander’s Mother for Dinner, this has been the year of books that feature people eating people. Honestly, that sort of tracks. This year has been so horrific, so full of twisted headlines, that maybe the only way to illicit any genuine shock out of a reader is to take them to such an extreme. But behind the taboo, behind the gore, what are we really talking about when we’re talking about cannibalism?

In Augstina Bazterrica’s Tender Is the Flesh, we find a world that has been ravaged by a virus that renders all animals dangerous and inedible. (Livestock and beloved pets alike must be eliminated.) What then? Our main character discloses: “In some countries, immigrants began to disappear in large numbers. Immigrants, the marginalized, the poor. They were persecuted and eventually slaughtered.” And after that? The government-sanctioned solution, of course, was to create a market of breeding and slaughtering humans for consumption. Butchers and slaughterhouses continued their jobs as normal. “Special meat” was packaged and sold for high prices. Scientists were working on purebred “special meat,” ever-rare and to be sold at even higher mark-ups. You can always count on capitalism!

Of course, on the surface, Tender Is the Flesh reads like a pretty cut-and-clear indictment of our factory farming practices. Reading a description of a slaughter where a pig is swapped out for a human body will obviously make your stomach churn. But this dystopia is also a fascinating condemnation of the cruelty we currently inflict on one another, person to person. It is no mistake that the marginalized were the first sacrificial lambs turned lamb chops. In this alternate world, criminals are also considered fair game; in place of prisons, there is the Municipal Slaughterhouse. As you can imagine, “special meat” is also quite costly, so those who cannot afford it are called Scavengers, depicted as savages waiting by the factories in the hopes of finding scraps. Most chilling is the fact that, in order to make the slaughter easier, these “special meat” beings are bred without voice boxes.

At the end of Tender Is the Flesh, the man we’d been following who initially harbored doubt and disgust over their consumption of “special meat” gives in to this corrupt society. (Think Winston relinquishing himself to Big Brother at the end of 1984.) It is a fatalistic end, one that proves its point about human cruelty through the ultimate passivity of its protagonist.

While Tender Is the Flesh takes our society’s id to a dystopian extreme to highlight injustice, Sayaka Murata’s Earthlings portrays cannibalism in a different way. Here, in our very recognizable world, we meet Natsuki, a misunderstood child who doesn’t quite fit in and believes herself to be an alien. She is also a survivor of sexual assault. She forms a close bond with her cousin, Yuu, another outcast who buys into her theory that they are from another planet. After an unspeakable incident at their grandparents’ house one summer, the children are torn apart and not allowed to see each other again. Fast-forward many years and Natsuki, now an adult in a loveless marriage of convenience, still feels separate from society. A barrage of shocking and heartbreaking events occurs that I won’t spoil here, but what you need to know is that the story culminates in Natsuki, her husband, and her cousin running away from the society they never felt they belonged to. This is when the cannibalism occurs. (I mean, what’s more outside of societal norms than feasting on another human?)

Like in Tender Is the Flesh, the cannibalism stems from a genuine need. The protagonists of Earthlings are hiding out in a remote location, and they are running out of food. Unlike in the dystopian society Bazterrica paints, their choice to eat and be eaten is a way to redemption. What arises is a reclamation of their bodies from their trauma and from societal expectation. After her first taste of human flesh, Natsuki says, “I’d thought my mouth would never recover as long as I lived, but now it was my own again.”

As their resources continue to dwindle, Yuu volunteers his body to be eaten next, saying, “I want to be the one who decides how to use my body.” In this case, cannibalism is a rejection of society; it is an act of selflessness and autonomy. It is as the three protagonists begin to consume one another that they feel most connected to each other, to their fellow humans, and to themselves. Natsuki proclaims, “That day, my body became completely my own.”

I am in awe that cannibalism is the logical conclusion in both of these novels (hello 2020!), but that the things it signifies can be polar opposites. For one, it is a way to fit in and to express the doom of humanity, a visceral display of injustice. For another, it is a cure, a way to be connected to others, a way out.

Interestingly, the meat (sorry) of both novels is the way they wield language. In Tender Is the Flesh, the words piped into their society’s vocabulary are focused on dehumanization. In the butcher shop, you will find “special meat” and “special tenderloin” and “special cutlets.” We are told: “No one calls them humans because that would mean giving them an identity.” On the very first page, our protagonist says, “His brain warns him that there are words that cover up the world.” Meanwhile, in Earthlings, Natsuki has always viewed society with a biting defamiliarization and inventively bends language accordingly, referring to apartments as “nests packed closely together,” babies as “organisms that had inherited their genes,” and calling her hometown “an ideal factory for raising children.” It is through her disjointed language that we may experience the disconnect she feels. It is particularly jarring, then, when she describes devouring her cousin and husband with such unhindered joy: “They would be so delicious with some steamed white rice I thought. Now that I’d discovered my taste buds, I was savoring the various flavors: sweet, bitter, sour, salty.” The most clear, identifiable language in Earthlings describes the exact thing that is clouded with words in Tender Is the Flesh.