Why Are Do-Gooders So Irritating?

In interviewing do-gooders over the past few years I’ve found that many people are suspicious of and even hostile towards them. Why? Why do do-gooders make us so uncomfortable? One reason may be guilt: nobody likes to be reminded, even implicitly, of his own selfishness. Another is irritation: nobody likes to be told, even implicitly, how he should live his life. But that’s not the whole story.

The recent history of attitudes towards do-gooders, at least in America, is inseparable from the history of alcohol. First, the failure of Prohibition appeared to be a lesson in the limits of morality. You could expect only so much of people, America concluded: try to force an excess of virtue and you merely pushed sin underground, with worse consequences. But alcohol had another, more enduring, effect on attitudes towards do-gooders which began subtly, around the same time, and then sprouted and twisted over decades until it wasn’t subtle at all.

In 1935, an alcoholic named Bill Wilson cofounded the group that would become Alcoholics Anonymous, and it spawned a sister organization, Al-Anon, for the families of alcoholics. AA took what had been a sin—drunkenness—and recast it as a disease. Then Al-Anon took what had been a virtue—trying to get a drunk to stop drinking—and called that a symptom of the same disease. These were both radical innovations, but it was the second that would have further-​reaching moral effects. After all, whether alcoholism was a disease or a sin, either way it was undesirable. But if certain kinds of helping—particularly the entangled, tormented, devoted helping of a drunk’s long-​suffering spouse—was also something that ought to be cured, then that made a whole realm of moral behavior look startlingly different.

Al-Anon was cofounded by Bill Wilson’s wife, Lois. As a young girl, Lois had daydreamed of changing bad people into good ones. In one fantasy, she caught a burglar stuffing the family silver into a sack; instead of being angry, she reasoned with him so sweetly, with such radiant moral charisma, that she inspired him with a desire to be good, and he put the silver back. At first, after Bill got sober, Lois couldn’t admit to herself that she wasn’t as happy as she ought to be. Then she realized that all those years when Bill was drinking, when she thought she was unhappy, she had also been glad. She had been the righteous one; he was the bad, weak one, dependent on her for everything. Now that Bill was sober, she had lost her purpose. She saw that not only had she not cured him: by trying to help him change, she had been preventing him from changing himself.

Spouses and children of alcoholics began to call themselves co-alcoholics, and a word became popular—“codependency”—to name the disease from which they now believed themselves to suffer. In 1986 a book was published that sold over five million copies and made codependency a household word—Codependent No More, by Melody Beattie. To Beattie, a codependent was anyone who felt responsible for others. “We control in the name of love,” she wrote. “We do it because we’re ‘only trying to help.’ … We do it because we’re right and they’re wrong.” But trying to help was just a recipe for victimhood, she wrote, because helping was impossible and you’d just end up feeling bitter that you’d done so much and received no gratitude in return.

Beattie mentioned, in passing, that codependents often went into the “helping professions”—social work, therapy, nursing. Therapists, like everyone, had hurt people and been hurt in the past, but they could use their patients to try to make this right. Helping was not always generosity, then: it could be reparation, or revenge. Half a century after AA’s founding, selflessness had become tainted and suspect.

It’s one thing to try to change a troubled client; it’s a much taller order to try to change a village, or an entire country. And so it’s no surprise that the doubts that spread from the spouses of alcoholics to the therapists of alcoholics should also have come to afflict foreign-​aid workers. One of the best-​known attacks on the moral delusions of the aid worker was a speech given by the Austrian social critic Ivan Illich, delivered to young Americans in Mexico in 1968, in language that could have been taken from Al-Anon:

If you insist on working with the poor, if this is your vocation, then at least work among the poor who can tell you to go to hell. It is incredibly unfair for you to impose yourselves on a village where you are so linguistically deaf and dumb that you don’t even understand what you are doing, or what people think of you. And it is profoundly damaging to yourselves when you define something that you want to do as “good,” a “sacrifice” and “help.” . . . I am here to challenge you to recognize your inability, your powerlessness and your incapacity to do the “good” which you intended to do.

The logic of codependency suggests that helping is often a disease, because the one who helps is not free. She may believe that she chose to become a therapist or an aid worker because she liked the work, but in fact she had no choice but to do some work of that sort, because she couldn’t see people in trouble without feeling obliged to help them.

But then the question becomes: Is she wrong to feel that way? Moral intuitions, like all intuitions, come from somewhere. Suppose a person feels responsible for helping others because her good parent taught her to. What’s the difference between a sense of duty that comes from a good parent and a sense of duty that comes from an alcoholic parent? Is one less free or true than the other?

Larissa MacFarquhar has been a staff writer at The New Yorker since 1998. Her subjects have included John Ashbery, Barack Obama, and Noam Chomsky, among many others. Previously she was a senior editor at Lingua Franca and an advisory editor at The Paris Review. 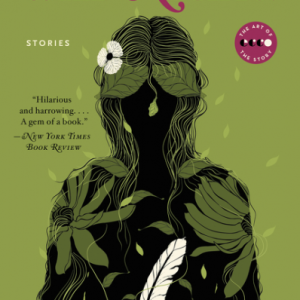 So lonely! Shyly they glanced at each other across the dining room table in whose polished cherrywood surface candle flames...
© LitHub
Back to top
Loading Comments...