Why a Party is a Perfect Literary Device

I’ve always liked parties. As a child, I remember crafting intricate handmade invitations to my birthday party through the long summer holidays, covering my hands with glitter and glue and leaving scraps of colored paper trailing across the kitchen table.

To put this into context: my birthday is in November. By the time I’d eventually got to it, my anticipation of the party itself would have reached boiling point and bubbled over. My birthday parties often ended in tears (my own) because the stress of wanting to make it perfect had inevitably collided with the reality of it not being quite so.

As an adult, this fascination with parties has continued. My first job out of university was as a journalist for a gossipy newspaper diary—the British equivalent of Page Six—and I was sent out, night after night, to various glitzy events where I had to get celebrities I’d never met before to tell me something salacious.

Once I’d got past my initial nervousness, it turned out to be fairly easy to get famous people to talk to me. Often, they didn’t know anyone there either and had just been invited to lend the guest list a quixotic glamour. Other times, they were barricaded behind an invisible forcefield of fame and no-one else was bold enough to approach them. They would admit to me all manner of things, these shiny, beautiful people: that they were shy; that they didn’t get that movie role they wanted; that their father didn’t speak to them.

I was supposed to be filing stories, but I never wanted to break their confidence, which made me a pretty rubbish newspaper diarist. But what it did do was to sharpen my observational skills. During my 12 months in the job, I found that most people had a projected party persona, which was often at odds with the real person beneath.

The duality of parties intrigues me still. It’s why I set my new novel across the course of one evening at an ostentatious 40th birthday party in the heart of the countryside, where the great and good of the British establishment have gathered for one evening of bacchanalian fun. At a good party, normal behavioral constraints are relaxed and anything can happen. And at mine, it does: sunken tensions float to the surface and old friendships are re-evaluated—with explosive results.

The protagonist of my novel is Martin Gilmour, a quintessential unreliable narrator. When Martin writes, the things he leaves out are frequently just as telling as what he chooses to describe, and the reader is pulled into a novelistic game of Clue to find out what actually happened. Martin’s fluid sense of self is reflected by the setting. At a party, there is a constant shifting strain between who someone wants to be and who they really are—the party self they are projecting and the real self they want to disguise. As a the night wears on (and the drunker they get) the gap between the two states narrows to ultimate convergence.

For a novelist, that’s a delicious prospect. It’s why the party has always provided such a brilliant backdrop for writers. The Great Gatsby is the obvious antecedent for literary parties. Jay Gatsby’s parties during the long, hot summer of 1922 epitomize the spirit of prohibition-era decadence: endless champagne, chorus girls, flappers and bootleggers. F. Scott Fitzgerald is superb at nailing the casualness of the rich and the way in which one can get lured into their careless orbit. My protagonist, Martin, is also an outsider dazzled by wealth and belonging. He craves acceptance, and yet this is the one thing that will always be denied him.

I was also influenced by Virginia Woolf’s Mrs Dalloway, which concentrates almost exclusively on the preparations for an evening gathering, where the novel’s cast will be brought together in a final tying-up of narrative threads. Woolf is excellent at conveying the noise, smells and rhythm of the run-up to a party, with all its mannered fraudulence and dramatic ironies. It struck me that the preparations for a large party can be a means of ratcheting up a necessary tension: for this reason, I start The Party with Martin and his wife Lucy getting dressed in a nearby hotel. As Lucy hangs out her evening dress to rid it of wrinkles and Martin slips into his tuxedo, you sense something is wrong, but you’re not quite sure what. Nerves about the party merge into anxiety about a larger, unspoken issue and you read on to find out what it is.

Writing a party also gives one the opportunity to present a character through the studied nature of their appearance. At a party, most people make an effort to look a certain way and project their best sartorial selves. If they don’t make this effort that, in itself, is revealing. In Bonfire of the Vanities, Tom Wolfe excels at this kind of detail: at a Fifth Avenue dinner party, he writes of “social x-rays in puffed dresses … starved to near perfection” which conveys just about everything you need to know.

My favorite example of this kind of writing, however, comes courtesy of Leo Tolstoy’s Anna Karenina.

Oblonsky’s ball is perhaps not as famous as the party scene in War and Peace when Andrei and Natasha waltz for the first time, but its impact is just as quietly shattering. Tolstoy puts his heroine in a modest black velvet gown, even though Kitty (the unwitting rival for Count Vronsky’s affections) had earlier urged Anna to wear a flashy lilac dress.

At the ball, Kitty notes sadly that Anna’s charm “consisted precisely in the fact that she always stood out from what she wore.” Vronsky notices it too and swiftly falls in love. The impact of that one black velvet gown will prove to be devastating for all.

Anna’s beauty is offset by her muted dress in a way that Kitty could never have conceived. Thus, in one image, Tolstoy fixes the differences between the two women in the reader’s mind: it is not simply one of age and experience (although that comes into it), it is also one of taste and understated worldliness; of womanhood and girlishness; of the mysterious attraction of a life having been lived versus the surface prettiness of a life not yet started.

Of course, the other reason for setting a novel at a party is a practical one: it’s a brilliant way of bringing together a disparate cast of characters who might otherwise have no reason to find themselves in the same location. At my party, politicians rub shoulders with supermodels and newspaper editors mingle with television presenters.

But ultimately, the party is more than simply a literary device. In writing about one myself, I wanted above all to entertain.

Elizabeth Day grew up in Northern Ireland. She is an award-winning journalist and has written extensively for The Telegraph, The Times, the Guardian, the 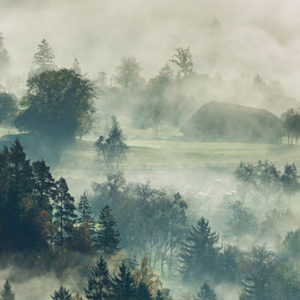 As a reader, what I look for in a novel is the evocation of atmosphere; that transporting element that somehow manages to take...
© LitHub
Back to top