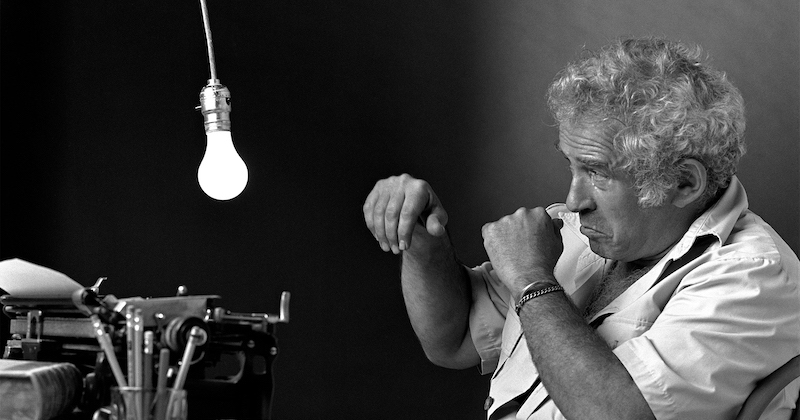 Who will play Norman Mailer in this new true crime series?

As well as co-producing, Boyd Holbrook (Narcos, Gone Girl, etc) will play Abbott, a troubled young inmate whose sentence for forgery was increased in 1965 when he killed another inmate. It was increased again in 1971 when Abbott escaped from prison and committed a bank robbery in Colorado. Six years later Abbott read that Norman Mailer was writing a book about convicted killer Gary Gilmore (a book that would become The Executioner’s Song, Mailer’s most acclaimed work). Irritated by the news, Abbott wrote to Mailer claiming that Gilmore was embellishing his experiences and offering to give the author a more accurate accounting of prison life.

Mailer eagerly took him up on this offer. In 1981, Mailer helped Abbott to publish In the Belly of the Beast—a book concerning life in the prison system consisting of letters between the two men—and successfully endorsed Abbott’s attempts to gain parole.

Six weeks after being paroled from prison, and one day before the New York Times published Anatole Broyard’s review of In the Belly of the Beast, Abbott stabbed a 22-year-old waiter to death in an alley behind a Manhattan restaurant.

Mailer was, as you’d expect, heavily criticized for the role he played in getting Abbott released. Many critics accused the writer of being so impressed by Abbott’s latent writing talent that he overlooked the inmate’s violent (some would say psychopathic) temperament. Some years later Mailer would refer to the Abbott affair as, “another episode in my life in which I can find nothing to cheer about or nothing to take pride in.”