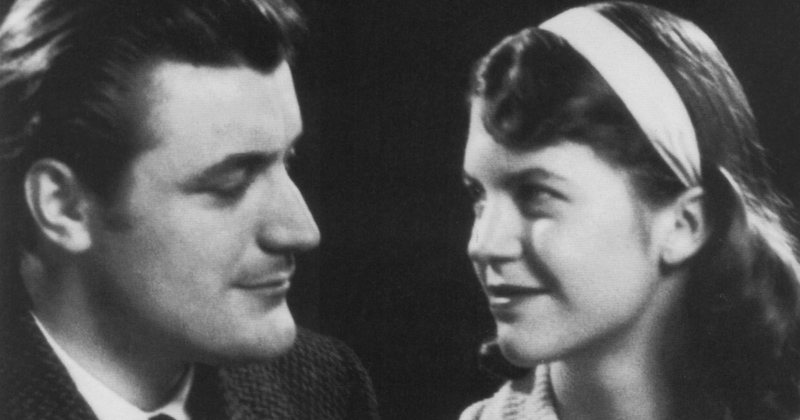 Across the pond at Sotheby’s London, a cache of Sylvia Plath’s letters and personal items are going under the hammer. There’s a family bible, some honeymoon period correspondence between Plath and Ted Hughes, a photo album full of pictures from happier times, a set of tarot cards, and a pretty cool pencil portrait of Hughes by Plath.

The auction’s emphasis seems to be on the early days of Hughes and Plath’s ill-fated relationship, with Sotheby’s English literature and historical manuscripts specialist Dr Gabriel Heaton writing of the trove:

Here you have the beginning of this relationship when she is deeply, deeply in love. She’s wonderfully excited about their union and about the future. But also you get such a strong sense of their literary collaboration and how they’re working together and thinking together.

Right…but then he cheated on her while she was pregnant and she spiraled into a terrible depression and killed herself. We all know this, but it still feels like important context. Anyway, most of the items up for auction seem, to me at least, both uncomfortably intimate (shouldn’t a family member or friend get to keep the photo album, at least?) and kind of unremarkable. There is one item, however, that should be of tremendous interest to any Plath fanatic, occultist, or general collector of morbidities: Sylvia Plath’s wedding ring.

Six decades on, people remains obsessed with Plath and Hughes’ relationship—the ecstasy of its beginnings and the utter tragedy of its end. Why else would a miscellany of trinkets and love notes from the 1950s merit its own auction?  A wedding ring, however isn’t a doodle or a captioned photograph from a Yellowstone fishing trip. It is the symbol of the of the Plath/Hughes union in its entirety. It’s what she wore on her honeymoon in Paris and what she wore when she drove her car into a river in ’62. It was on her finger throughout the composition of Ariel (written in a burst of creativity after discovering her husband’s affair) and on the day she decided to end her life. If you’re someone who believes that jewelry and clothing can, over time, absorb some of the essence of the wearer, well, it’s hard to beat a wedding ring.

With the exception of say, a handwritten draft of “Lady Lazarus” or “Daddy,” Plath’s wedding ring may in fact be the ultimate collector’s item. Of course, if you do have tens of thousands of dollars lying around to spend on the personal items of dead writers, the decent thing to do might be to buy the ring and return it to Plath’s daughter, who is still very much alive. It’s not like you’ll definitely be cursed if you don’t, or anything.