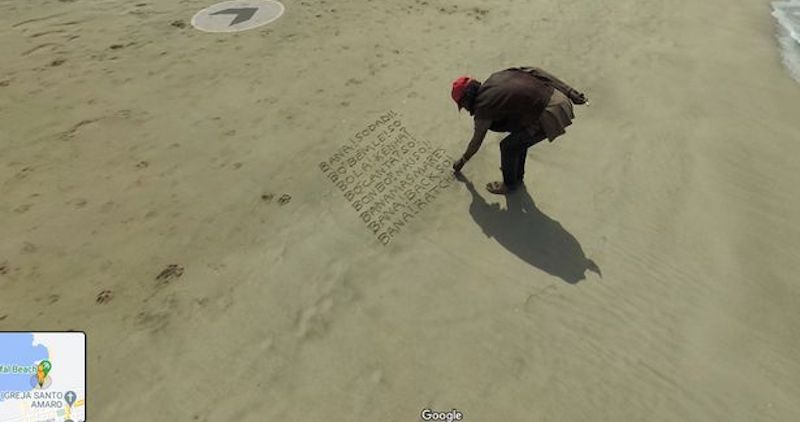 Who is the mystery man caught on Google Maps writing a poem on the beach?

Google Maps users have stumbled on an Easter egg, or rather, just some life creeping into the platform: a man writing a cryptic poem in the sand on a Cape Verde beach. 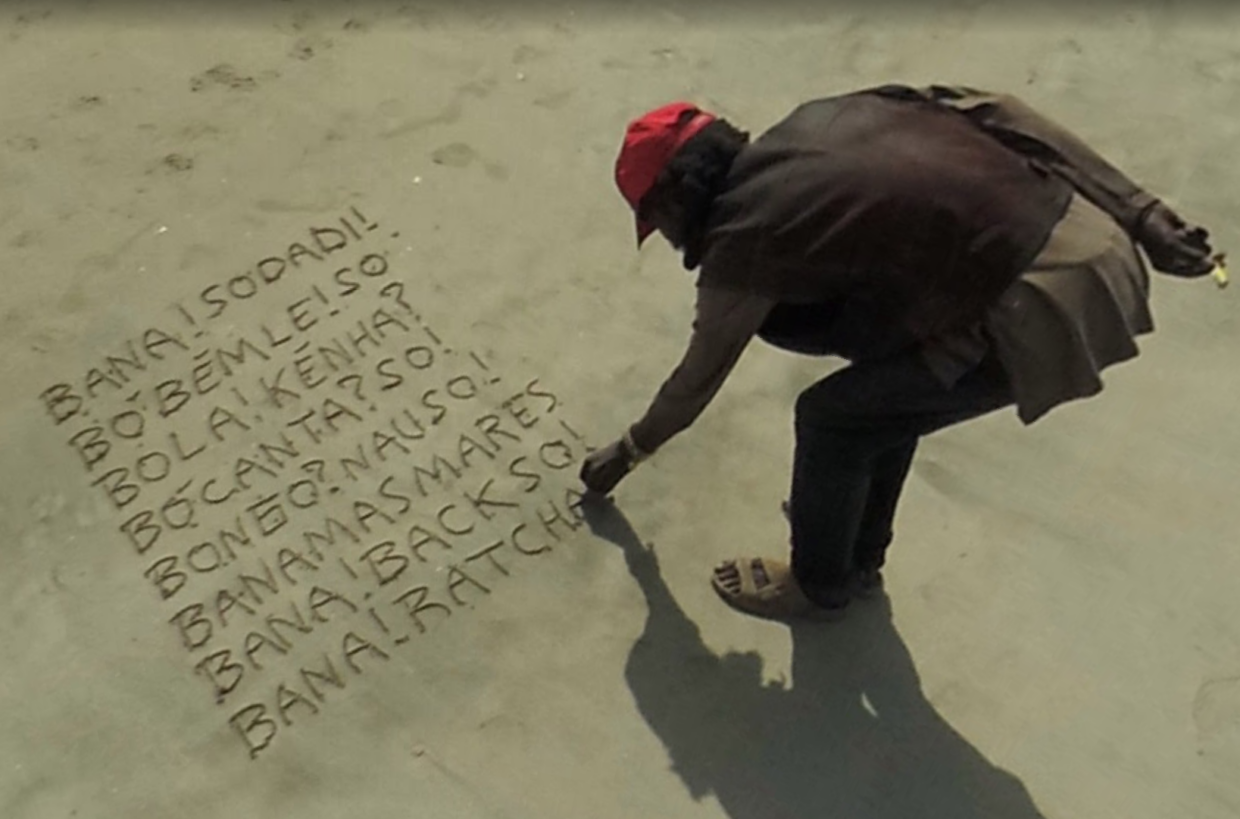 The poem, written in Cape Verde Creole, is a poem of longing—curious Redditors noted that “sodadi,” used in the poem, comes from the Portuguese saudade, which means the intense and melancholy feeling of missing something. It also appears to be addressed to Bana, a popular Cape Verdean singer known as the “King of Morna,” a mournful Cape Verdean musical genre originating from forced displacement. Bana died in 2013, and this appears to be a call for him to return to earth. Reddit user fidjudisomada took a rough stab at translating the poem:

Something else notable: “Sodade” is also the title of one of the most famous mornas, originally written in 1954 by a young man, João, for his girlfriend, Mariana dos Santos, who was leaving Cape Verde to work on a coffee, coconut and cocoa plantation in São Tomé and Principe: “Who showed you / That far away path? / The path / to São Tomé. / Sodade, sodade, / Sodade / If you write me / I will write you / if you forget me / I will forget you.”

The Google Maps poem, with its nostalgia and pleas for Bana to come back, reads like the lyrics of a morna. Though we still don’t have an exact translation, this poet wrote a poem of longing and nostalgia—in itself evoking a musical tradition of longing and nostalgia—for a singer that mastered that very genre. And now, by chance, the call for the departed to return—to turn back time—is trapped in the amber of Google Maps for eternity. Now that’s poetic.