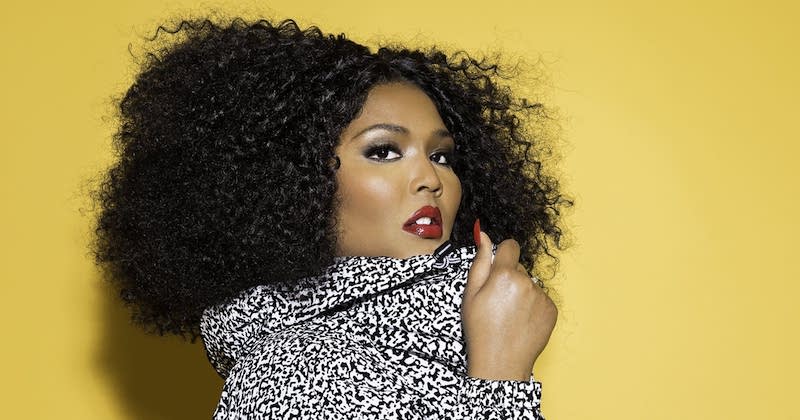 Who is going to publish Lizzo’s “sci-fi fantasy romance” novel?

This morning, while trying to trick myself into forgetting that I was about to leave the apartment to go running in the cold, I happened to watch Lizzo’s 73 Questions interview. (For the uninitiated, 73 Questions is a digital feature from Vogue, in which Joe Sabia visits celebrities in their homes and asks them, well, you guessed it.) The interview was posted in September, but I’d never seen it before, and my ears perked up when I heard Sabia ask “Do you still write stories at four A.M. like you did in high school?” (Lizzo, she’s just like us!)

“So are we ever gonna see a sci-fi fantasy romance novel from you?” wondered Sabia.

“Whoever got the biggest check,” says Lizzo. “I’ll give you that book if you got the check.”

. . . Which leads me to repeat the question in the headline. Who has that check? Gotta be everyone, right?

Lizzo indeed wrote fantasy novels as a teenager—she told The Gentlewoman that her favorite books were Sara Douglass’ Wayfarer Redemption series and Japanese manga, and, as Sabia suggests, stayed up late into the night writing her own. “I was writing legitimate fantasy novels,” she explained. “I had a map—all classic fantasy novels have the map of the country—with, like, a forest, an ocean, a castle. But I would write about women and I would always write about the elements. Earth, fire, water, wind. I’m pretty nerdy, and that was like death,” she says. “I’m black, all my friends were black, and I went to a predominantly brown and black school, so nobody was talking about anime and fan fiction back then.”

But now that it’s undeniably cool to be a nerd, the time is right for Lizzo’s epic fantasy novel. Give the people what they want, publishers!