Sara Nović on the Ongoing Fight for Digital Accessibility

Funny how a single well-intentioned note can derail your day. Usually I avoid looking at my email when I am trying to write, but somehow, last Wednesday, it happened—I peeked—and was pleasantly surprised to see the name of a friend and translation mentor in my inbox. Not having heard from her in a while, and with the intriguing subject line “The plenary on sign language,” I indulged. She wrote that the Free Word Centre in London had featured a presentation on sign language literature and poetry as the closing talk in its International Translation Day programming and she thought I’d be interested; however, she could only find the link to the audio recording. That can’t be right, I thought, still thrilled at the prospect that Deaf poets had been featured alongside other writers in translation. I clicked through the link and began to search.

But the talk, aptly titled “Through the Looking Glass,” was only available as an audio file—no video of the presentation, no transcript. I wrote to the Centre to point out the irony of having made a plenary on sign language completely inaccessible to deaf and hard-of-hearing people, to whom sign language and its literature belong. The Operations Coordinator responded later that day with a single line: he’d “passed on [my] comments to the events team to consider.”

Free Word, whose slogan is “words change lives,” who call themselves an “international organisation dedicated to literature, literacy, and free expression,” whose mission it is to “explore the cultural and political power of words” and “bring together communities, organisations and individuals through the belief” in this power, had, in one sentence, blown me off.

I too believe words matter, and as such found their word choice “consider” particularly troubling. On a basic level, the Centre had certainly demonstrated a marked lack of consideration. But their response also highlighted the fact that human rights—in this case access to one’s own language and culture—continue to be viewed as optional and a matter of convenience, up for debate, “to be considered,” and that consideration being someone else’s responsibility entirely.

To be denied access to online content is nothing new for Deaf and hard-of-hearing people. We are daily excluded from myriad channels of information—every other lecture presented at Free Word, for example, is also available online, but only to hearing people via audio files. They are far from the only offenders, though. Uncaptioned videos and streams rule the internet, with gibberish auto-captions occasionally touted as accessible subtitles.

But to fail to make a plenary about sign language deaf-accessible, then to fail again at immediately apologizing, rectifying, or making any move that suggests accepting responsibility for one’s mistake, smacks of something worse than run-of-the-mill ignorance or laziness. So once the news that we Deaf people were not invited to listen to what had been said about us had sunken in, another question dawned—who had given a presentation about sign language literature in spoken English, and then had not fiercely advocated for its accessibility? I looked up the speaker—the presenter was a hearing woman. When she took the stage, the discrimination went from simple carelessness to overt cultural appropriation.

This is also nothing new for the Deaf community—Deaf culture is routinely co-opted by hearing people who want to capitalize on the beauty and intrigue of sign language without having to deal with those pesky people who cannot hear. The fact that deafness begets that beauty, that the two are inextricable, is lost on them, and when we remind them of it we are ignored. Hollywood has been among the greatest offenders in recent days, with a slew of recent Deaf characters created by hearing writers and played by hearing actors—Chris Heyerdahl as a deaf man in the new SyFy series Van Helsing, Kate Siegel as the deaf protagonist of the 2016 thriller Hush, Jeffrey Dean Morgan as “Deaf Smith” in the 2015 TV miniseries Texas Rising, and Amanda Smith and Catalina Sandino Moreno in the 2013 films Avenged and Medeas, respectively. Julianne Moore is the latest to take on such a role; she’ll be playing a deaf woman in the adaptation of Wonderstruck forthcoming in 2017. When Deaf people raise the issue, they are routinely patronized and condescended to. When I spoke out against the character in Hush being played by a hearing woman the hatemail flooded in, the common refrain being that I should stop complaining and consider myself lucky that a deaf character existed at all (plus an array of misogynistic epithets, of course). Meanwhile, the director of Medeas told his critics he could not possibly have used a deaf actress in his film as she would’ve gotten hurt trying to do the action scenes. The mainstream accepted this complete nonsense as a reasonable excuse.

I’d be lying if I said it didn’t sting a bit worse coming from the literary world, though, my own community which I know to be full of intelligent people engaged with the power of words. Such people should have automatically thought about representation, a key foundational piece for said platform of advocacy and free speech. If they had, and invited an actual Deaf person to give the talk on sign language literature, the whole problem could have been avoided—the Deaf person would have likely presented in British Sign Language (BSL) and been translated for the hearing audience. The Deaf person would have pushed to make sure online content was accessible.

Instead, for her part, the presenter—a hearing BSL interpreter and self-described “sign language dancer”—has been pretty quiet on the subject. After reaching out to her via twitter to ask whether she could help advocate for accessibility, she responded, “Absolutely. #signlanguages BELONG to #deaf communities and shouldn’t be discussed without honoring that. #deaf involvement #best.” The Free Word Centre replied later via twitter, too, where my posts on the subject had gained traction. They apologized for their failure of accessibility and promised to make a transcript available on their website in the coming week. The apology was sincere, and depending on its contents the transcript could change things for the better, but it will not erase the feelings of anger and disenfranchisement its nonexistence has already wrought.

Questions of representation and cultural appropriation are hot button issues in the literary world at the moment. For me, the quality of the representation is the sole determinant. I don’t think an absolute, catch-all stance about whether or not a hearing person can speak on behalf of the Deaf community is particularly useful—sign language interpreters are an integral part of the way Deaf people interact with the hearing world, and their work is certainly in line with a discussion about translation. Then again, if the chosen spokesperson proves herself to be a less-than-effective ally, I’d rather speak for myself.

Successful allyship and representation of difference is not a static, all-or-nothing achievement; it is complex, layered, and intersectional. Last week, in the context of the of the who-gets-to-write-what debate (spawned in its most recent form by Lionel Shriver’s keynote sombrero), author Sarah Schulman writing for the New Yorker pointed to Carson McCullers as a white woman willing, and for many readers, successful, at incorporating difference in her work. But for me, McCullers represents something a little different—a writer/human who can be near universally praised for the breadth and depth of her capacity to represent some diverse characters, and still fall short with others. And while I’m not the person to analyze the efficacy of authentic portrayal with regard to African-American or LGBTQ experiences, I can say that The Heart is a Lonely Hunter’s Deaf John Singer falls pretty flat—he is more a symbol than a person, good for fortifying the hearing characters with his almost magical spiritual strength, serving as their silent sounding board, and mourned only vaguely after he commits suicide. Whether or not this is an indictment of the hearing world’s treatment of Singer is unclear, because very quickly the story is no longer his.

To McCullers’s credit, there is certainly something to be praised in a writer daring to look outside herself and feature a range of people in her work, especially given how progressive it was in her cultural moment. But now, 76 years later, we can and should expect more of ourselves. We cannot be satisfied with sometimes getting it right; we must continue broadening our understanding of ourselves and one another in our work and in the world.

As the word itself suggests, progressives must keep moving forward—one cannot arrive at progressiveness. So this is not about shaming a single organization or person. We all, on occasion, behave as the Free Word Centre did, patting ourselves on the back for the good work we’ve done in one arena while simultaneously allowing convenience or ignorance to suppress the needs and voices of others. So just as we are vigilant about injustices we see out in the world, being mindful of our own shortsightedness is equally important work. I so clearly see the oppression of the Deaf community but am apt to forget about the many other ways in which I benefit from society’s hierarchies: I have a satisfactory speaking voice to use in the hearing world and besides my deafness am able-bodied; I have a college degree and a job and an American passport; I am white. So I, too, must continue examining my own privileges and the ways in which they overlap, the places at which one’s power or oppression might grow exponentially.

To me the task feels a bit like driving: these privileges, and every intersection between them, present the opportunity for blindspots we must navigate with care as we move through the world. As a community, too, we can make passage safer for all of us—better roads, and signage that signals where to yield, or stop completely, and when to forge ahead. 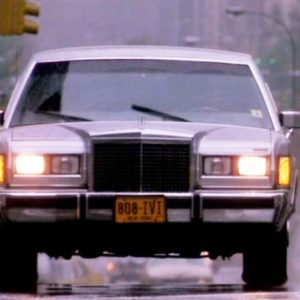 I first heard about Imbolo Mbue’s Behold the Dreamers in 2014, when it was a book manuscript called The Longings of Jende...
© LitHub
Back to top