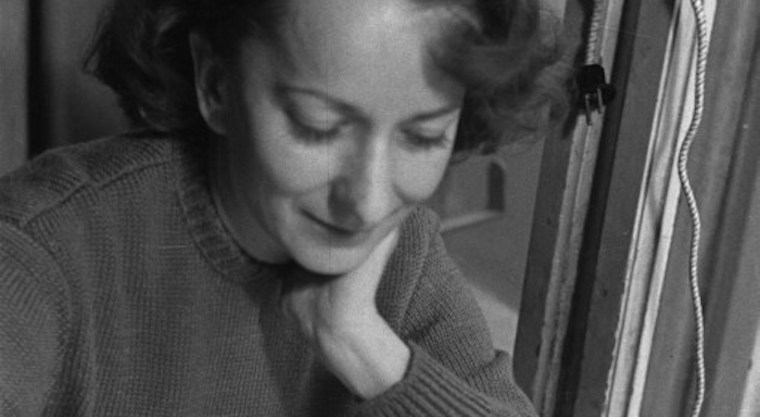 Remembering the Great Poet 20 Years After Her Nobel Prize

With customary wit, the Polish poet and Nobel Prize-winner Wisława Szymborska, in 1962, wryly uses an imagined tombstone to communicate—prophetically, it turns out—with the people of the future:

the authoress of verse. Eternal rest

was granted her by earth, although the corpse

had failed to join the avant-garde, of course.

The plain grave? There’s poetic justice in it,

this ditty-dirge, the owl, the burdock. Passerby,

take out your compact Compu-Brain and try

to weigh Szymborska’s fate for half a minute.

So, let us dignify the late poet by pausing on our smart phones (where you may be reading this), if only for the length of an autoplay commercial, to grant her request.

By the point in her life that poem was written Szymborska had been through enough to justify such a grim view of her longevity—of existence in general, for that matter. Her secondary school days in Kraków coincided with the German occupation. To avoid deportation, Szymborska worked as a railway clerk, and many of her classes were clandestine. She began studying literature at Jagiellonian University in Kraków and abandoned it before graduating. Her marriage to a fellow poet had ended in divorce, and now, approaching 40, she was the poetry editor at Literary Life and had published three previous volumes of poetry—though she disavowed the first two books as “naïve and clueless,” a decidedly euphemistic (but perhaps understandable) characterization of her early pro-Stalinist poems like “For the Youth Who Are Building Nowa Huta,” which the Polish People’s Republic (transparently an extension of the Soviet Union) had pressured Szymborska to include. When she wrote “Epitaph” in the early 1960s, certainly such compromises weighed on her mind, but the more prevailing thought seems to have been that it didn’t really matter anyway: her books weren’t very popular.

To be a boxer, or not to be there

at all. O Muse, where are our teeming crowds?

Twelve people in the room, eight seats to spare—

Half came inside because it started raining,

the rest are relatives. O Muse.

Over 30 years later, in her 1993 collection The End and the Beginning, Szymborska returns to the subject in “Some People Like Poetry,” in which each component of the title phrase is modified to demonstrate the tethered scope of the art form:

that means not everyone.

Not even most of them, only a few.

Not counting school, where you have to,

By this point in her career, Szymborska had gained critical acclaim and a modest success with readers, but her complaints about the unpopularity of poetry took a sharp, ironic turn when she was awarded the Nobel Prize for Literature in 1996. Poetry may have remained unpopular, but Szymborska became world famous.

The first edition of View With a Grain of Sand, a collection of selected poems published in the aftermath of her Nobel Prize, had a first print run of 120,000, a shockingly high number for a poet, and it broke sales records in Germany. Critics proclaimed it the work of a major poet who had been mercifully rescued from obscurity by the Nobel Committee.

Szymborska, on the other hand, loathed the attention thrust upon her. She didn’t like talking about herself or her work, and moreover, as Janusz R. Kowalczyk puts it, “Szymborska did not enjoy ostentation or celebrations—being declared the Nobel laureate was considered ‘the Stockholm tragedy’ by her friends, as it forced her to give more interviews in a month than she had faced in her life.” Clearly, her expostulations over the world’s indifference to poetry was not a disguised plea for fame. She loved poetry purely, a love that both permeates and radiates in the warmth of her language, in the unyielding tenderness of her observations.

Szymborska’s remarkable eye—keen though it is—peers widely and indiscriminately, finding scores of unlikely subjects to consider with sympathy and grace. In an early poem, after describing the voluptuous “female fauna” of so many of Rubens’ paintings, Szymborska imagines “their skinny sisters” who “went single file / along the canvas’s unpainted side”:

Exiled by style. Only their ribs stood out.

With birdlike feet and palms, they strove

to take wing on their jutting shoulder blades.

The thirteenth century would have given them golden halos.

The seventeenth, alas, holds nothing for the unvoluptuous.

For even the sky bulges here

with pudgy angels and a chubby god.

A later poem, “Cat in an Empty Apartment,” begins with the death of the owner but immediately announces its alignment with the feline: “Die—you can’t do that to a cat.” Szymborska’s aptitude for empathy doesn’t condescend. She did not place the skinny women in Rubens’ era satirically or maliciously, but in earnest, sympathetically. The cat, too, isn’t played just for humor, as can be heard when the cat realizes that something’s wrong: “Someone was always, always here, / then suddenly disappeared / and stubbornly stays disappeared.” Szymborska tries to understand her subjects but never pities them.

Her numerous gifts also include an uncanny ability to use playful and ironic language toward serious ends. A poem from The End and the Beginning opens:

Nothing’s a gift, it’s all on loan.

I’m drowning in debts up to my ears.

I’ll have to pay for myself

give up my life for my life.

There is a certain e.e. cummings-by-way-of-Ali Smith in these selections, verbal acrobatics tampered restrained into something humane. The poem “A Note,” also from Moment, is a good example of how Szymborska’s honest, sharp, often rueful observations never veer into the depressing or fatalistic; because despite all of the horrors of life—Szymborska saw plenty of those—there is the pain-ending promise of death, “Life is the only way / to get covered in leaves, / catch your breath on the sand, / rise on wings,” and the only way “to tell pain / from everything it’s not.” Our choices, though each one is nothing more than “the least of all possible mistakes,” offer “an extraordinary chance” “to keep on not knowing / something important.” Life is unremittingly hard, no doubt, but for Szymborska—who in the 1950s was already describing how “the Lord God began / inch by inch / day by day / to move / from literalness / to metaphor”—life it is all we have.

Twenty years have now passed since Wisława Szymborska won the Nobel Prize, and four years since Szymborska’s death at 88. Her poetry, though still known, has dwindled in its readership. But now that Szymborska is dead, we no longer have to worry about annoying her with attention. As she’d always wanted, it’s just about the poetry now.

Last year saw the publication of Map: Collected and Last Poems, an extraordinary and vital summation of Szymborska’s decidedly modest output, and although critics positively and even sometimes excitedly reviewed it, the book didn’t sell tremendously well (and of course nothing like the 120,000 first edition of View with a Grain of Sand) and wasn’t noted in all those Best of 2015 lists. What a shame. Not only is Szymborska a major poet of the last half century but Map, as a reading experience, is wonderful, illuminating and enriching, a reminder that poetry can be direct, unadorned and still deeply moving. I cannot complain, of course, that Szymborska’s work is hopelessly obscure (because it isn’t) but I can be a tad disappointed that such a rare poet and such a brilliant, warm, and lovely book didn’t find more readers in 2015.

So, passerby, this essay is for you. Please, put away your iPhone, and weigh the mastery of Wisława Szymborska, read Map, read any of her poems this year, the 20th anniversary of her Nobel Prize, if only for a short while. 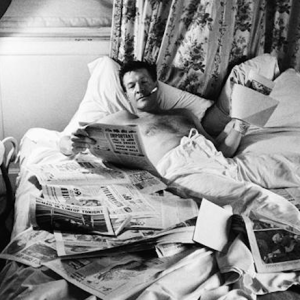 Charles Baxter remembers Larry Levis, and a night of true poetic genius. | Literary Hub On the vampiric nature...
© LitHub
Back to top