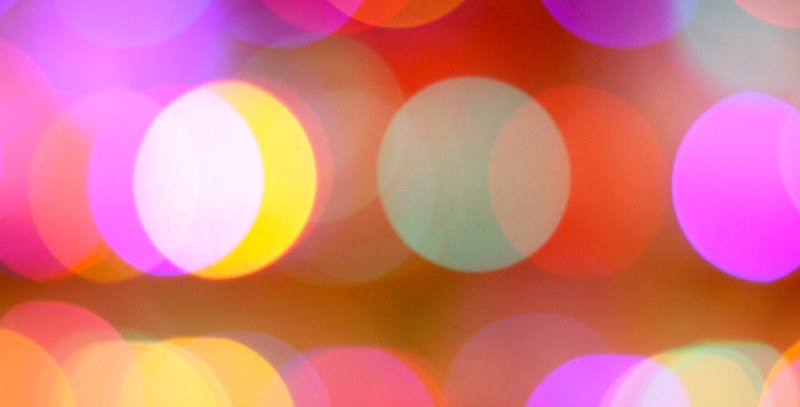 Frank C. Keil on a Child's View of the World

A few miles from our house a celebrated independent bookstore carries a large collection of new books and old classics. What books do the store’s well-educated clients buy? Roughly half the top sellers are nonfiction. On the nonfiction list, usually, at most, one book focuses on science. In national science best-seller lists, books in the top twenty rarely explain mechanisms, arguably the core product of science. Instead, we find biographies and self-help guides. Highly ranked “science” books often turn out to be attacks on science, branding research as deceitful, racist, misogynist, and corrupt.

In October 2019 the ten bestselling “science and math” books on such lists included a diet regime, an analysis of how media falsely slandered the US president, and a guide on how to age more slowly. All of these last three books may have provided valuable information, but they definitely did not provide insights into underlying mechanisms or causal principles. The most traditional science topic covered in the top ten was a Cat in the Hat book on the solar system meant for kindergartners. Expand the list to the top twenty science and math books and we find an analysis of White people’s difficulties talking about racism, techniques of psychotherapy, a guide for how to unleash our infinite potential and how to take a journey with the untethered soul.

To be sure, other books in the top twenty did focus on more traditional science topics such as the history of humans, social and cognitive psychology, and a beautiful “illustrated exploration” of facets of chemistry. Even then, surprisingly little content provides causal explanations of the natural and engineered worlds. More broadly, in the top ten best-selling books in all areas for the past ten years on some lists, only one book out of 100 would be considered to be on a typical science topic: Neil deGrasse Tyson’s Astrophysics for People in a Hurry. Even the title seems to suggest that we wouldn’t want to linger on the topic.

In contrast, children’s books for those under age five at the same bookstore often embrace science. One such book is the National Geographic Little Kids First Big Book of Why, full of questions such as “How do seeds grow?” “Why do balloons float?” and “How do glasses work?” More systematically, the top ten children’s nonfiction books intended for children five and under listed in May 2020 included What If You Had Animal Teeth?; Hidden Figures; Why Do Kittens Do That? Real Things Kids Love to Know; We Are the Gardeners; The Backyard Bug Book for Kids: Storybook, Insect Facts, and Activities; and Cool Cars and Trucks (a book about how to build them).

In a nearby toy store, popular toys for young children include magnifying boxes for inspecting insects, magnet sets, telescopes, and various construction kits. Almost anywhere one looks, children seem to have a hunger for scientific explanations and adults have little appetite if any.

Perhaps the age difference in orientation simply reflects parental aspirations for children’s future careers, but the children’s behaviors in both stores suggest otherwise. Well before they enter their first classroom, children eagerly explore their environment in search of answers to an endless stream of why and how questions.

A different indication of the age difference in preferences for content can be found in book titles. Search through the 160 million books in US Library of Congress for titles that start with certain phrases that are strongly linked to seeking causal explanations, such as “Why are . . .” and “How do . . .” In October 2019, roughly 250 books had titles starting with “Why are . . .” Most of these were adult books about nonscience topics, such as Why Are Artists Poor? The Exceptional Economy of the Arts, and Why Are Contractors Always Late? Roughly twenty-five books were clearly about topics in the natural sciences, and twenty-four of those were meant for children, with titles such as Why Are Animals Different Colors? and Why Are There Waves? The one adult exception was Why Aren’t Black Holes Black?, a 1997 book on unanswered questions in science.

Children seem to be more interested in the hows and whys of the world than are adults.

The adult “why are” books are often intriguing and insightful; they just aren’t about traditional areas of science. The same pattern holds for other title beginnings. For example, roughly 1,100 books begin with “How do . . .” Of those, approximately one tenth are about engineering and science (e.g., How Do Airplanes Fly? and How Do Animals Move?). In that tenth, the vast majority (well over 90 percent) are children’s books. The much larger number of books, not about science and engineering, are mostly adult focused (e.g., How Do Banks Manage Liquidity Risk? or How Do Churches Grow?).

This sampling of book titles in a massive library converges with the age-related differences in best-selling books. Children seem to be more interested in the hows and whys of the world than are adults. A burst of research in the last decade confirms the apparent pattern in book titles. From three to six years of age, children ask many sincere how and why questions, but then those questions plummet during the elementary school years and beyond. Older children may ask questions more efficiently, but the sheer number of why and how questions drops dramatically.

Most children’s spontaneous love of science fades by adulthood. Is it a problem with science itself? Does increasing familiarity with science and technology lead to disenchantment? Despite some claims to that effect, the real cause is a decline in wonder. Wonder is the engine that drives exploration and discovery, and, when it disappears, an infatuation with the workings of the world melts away.

“Every child wants to know how the world works.”

We are all born with many essential ingredients of wonder—with inquisitive minds, fascinated by the world around us. Young children and even infants are naturally engaging in intuitive science every day, often with sophisticated methods. But that early bonfire of inquiry can shrink to a tiny flicker. This loss of wonder is not because we suddenly understand everything—we don’t—but because distrust, disengagement, and denial can become embedded into many aspects of our lives.

The consequences of this loss of wonder are profound. Because impoverished wonder can lead to especially poor understandings of underlying mechanisms, we become vulnerable to misinformation and manipulation by others. Even worse, abandonment of wonder deprives us of the intensely rewarding joy of discovery. This loss of wonder, however, is not inevitable. By better understanding its emergence and flowering in childhood and by recognizing the competing forces we face as adults, we can all take simple actions to reawaken that initial spark and live lives illuminated by wonder. The scientist, physician, and astronaut Mae Jemison, who showed a precocious and lifelong passion for science, captured the centrality of wonder beautifully in a 2019 interview:

For me, I wanted to know how the world works. Every child wants to know how the world works. . . . That’s the point at which we really need to connect . . . : honoring and respecting and integrating that incredible curiosity. Children come out picking up bugs and looking at things and trying to experiment, and that’s how they learn about the world. . . . one of the issues that can happen in education is we actually destroy that [curiosity]. We want a specific answer. We ask for something to be memorized. And that’s not the best way. . . . our goal is to harness that innate construct for information gathering and problem-solving and to refine it.

In 1979, the psychologist Margaret Donaldson published a landmark book straightforwardly entitled Children’s Minds. She showed through clever experiments and elegant arguments how rigid stage theories were mistaken. Young children were not trapped in conceptually shallow early stages of thought that made some forms of understanding and insight unavailable. This book was one of the first and most powerful arguments leading to a revolution in the study of cognitive development. It is also an affirmation of an early drive to wonder.

Near the end of the book, Donaldson described this early drive as plummeting when children enter school. In a later paper, she described the problem as arising from a “mismatch between school and children’s minds. Unfortunately, the mismatch and its corrosive effects on wonder continue, just as Donaldson implied. As I write this just a few months after Donaldson’s death at age ninety-four, I am hoping we may finally confront the mismatch. 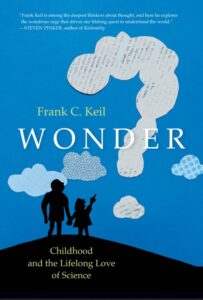 This essay is excerpted from Wonder: Childhood and the Lifelong Love of Science. Copyright © 2022 by Frank C. Keil. Used with permission of the publisher, MIT Press.

Frank C. Keil is Charles C. & Dorathea S. Dilley Professor of Psychology at Yale University, where he is also a member of the Cognition and Development Lab. He is the author of Developmental Psychology: The Growth of Mind and Behavior and other books. 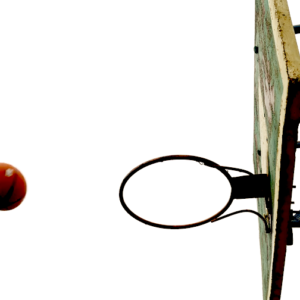