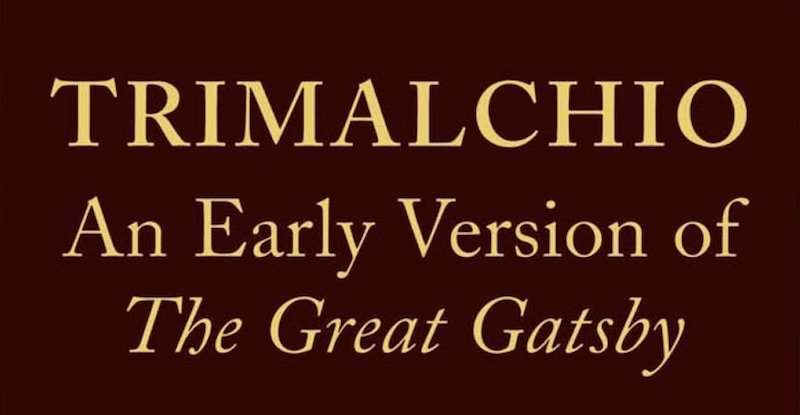 Where Do Book Titles Come From?

On the Origins and Import of Some Iconic Titles

My interest in book titles came upon me suddenly, like a fever or a first love, when I was 16 years old. Mrs. Topik, my sophomore English teacher, informed the class we’d be reading Ernest Hemingway next, a name that meant little to me though it possessed a whiff of seriousness—it was, I’d heard, important literature. The book we’d be looking at—a study, we were told, of youthful disillusionment, heartache, and alcohol—was called The Sun Also Rises. (A gong filled the air, shimmering, after she spoke its name, though I’m probably misremembering.) That title, instantly memorized, thrilled me with an inexplicable shock of pleasure. It seemed to speak to everything that mattered to my messy, joyful youth—it was rich, poetic, stately, elegant, mysterious, and redolent of an ancient strength.

I couldn’t have articulated any of this at the time; it was merely a leap of feeling in my chest. I didn’t know then that Hemingway had lifted it wholesale from scripture, though its weight and archaic phrasing should have tipped me off. It is, I think, as close to perfect as a title can get: wise and elliptical, it sketches the cycles of despair and renewal found in the expat milieu of the Lost Generation—a potently poetic lure for the reader, it entices without revealing too much. It is also, of course, a disarmingly beautiful set of words. This is no accident.

After all, writers are at least as picky about the titles of their novels as parents are about their children’s names; often more so. This is perhaps to be expected, as a book’s conception is considerably less pleasurable, and the gestation period generally lasts far longer than nine months. For a compelling example of this literary captiousness, one need look no further than the famous ambivalence of F. Scott Fitzgerald when faced with the naming of his magnum opus. Before reluctantly deciding on The Great Gatsby, Fitzgerald hemmed and hawed over more than half a dozen names: Gatsby; Among Ash-Heaps and Millionaires; Trimalchio; Trimalchio in West Egg; On the Road to West Egg; Under the Red, White, and Blue; Gold-Hatted Gatsby; and The High-Bouncing Lover. As late as one month before publication, he was still trying to change the title. His final opinion of the name of his masterpiece was not exactly a ringing endorsement: “The title is only fair, rather bad than good,” he said. While I myself am partial to the charm of Gold-Hatted Gatsby, I do not think Fitzgerald made the wrong choice. (And the iconic Francis Cugat cover, a blue dream of romance and melancholy glamour, certainly didn’t hurt either.)

A book’s title is a slippery thing: suggestive but necessarily opaque, it proves mysteriously resonant even without the heft and gleam of supporting detail. We see the book’s outline as though through a bank of fog, a definite shape whose particulars, for the moment, are obscured. But despite this evanescence, book titles remain a curiously fruitful introduction to an author’s sensibility, something intuited by a perceptive browser almost entirely by way of flashing glimpses and serendipitous associations. This cannot be mere accident; titling, rather, seems to hold its own internal logic, an algorithm comprised of tradition, opportunistic prosody, and (to me, most interestingly) a kind of literary theft. What patterns, dreams, and desires lie hidden within the ostensible hook of a novel’s title?

To begin with, there are a variety of popular archetypes and formulas that have captured the literary imagination over the years, familiar frameworks upon which novelists base their ideas. Great and memorable titles often cluster around the specificity of particular words, abducting color and meaning from our collective linguistic storehouse. “All,” in its encompassing scope, has always been popular, if a bit too ready-made: All the King’s Men, All Quiet on the Western Front, All My Sons, All Creatures Great and Small. “Last,” too, with its easy melancholy and romantic finality, returns often: The Last Tycoon, Last Exit to Brooklyn. A character’s name can be used to forge the power of individual personality: Mrs. Dalloway, Bartleby the Scrivener, Henderson the Rain King, Giles Goat-Boy. And once one becomes intimately familiar with an author’s works and aesthetic peculiarities, there’s no mistaking their titles for anyone else’s—the elegant grandeur of Faulkner’s works springs to mind: As I Lay Dying, Absalom, Absalom!, The Sound and the Fury.

Faulkner’s choices bring us up against one of Western literature’s most beautiful and lasting traditions: that of raiding the great works of the past for the titles of the present. The Bible, that inescapable font of poetic myth, has provided Western writers with enough book-naming fodder for a thousand years; outside of the aforementioned Absalom, Absalom!, a by no means complete listing of Bible-looted titles would have to include: East of Eden, The Violent Bear It Away, Song of Solomon, The Golden Bowl, The Wild Palms, Let Us Now Praise Famous Men, All Rivers Run to the Sea, and literally hundreds of others. This practice brings to light a truth regarding many of our finest authors; namely, that they are often textual archaeologists (and literary cutpurses) of the highest caliber, secreting away turns of phrase and pocketing gorgeous fragments for future works of their own.

Consider Evelyn Waugh’s A Handful of Dust (from T.S. Eliot’s modernist revelation, The Waste Land); Haruki Murakami’s Dance Dance Dance (from W.H. Auden’s “Death’s Echo”); John Kennedy Toole’s comic masterpiece A Confederacy of Dunces (from a Jonathan Swift essay); Madeleine L’Engle’s A Swiftly Tilting Planet (from Conrad Aiken’s “Morning Song of Senlin”); Cormac McCarthy’s No Country for Old Men (from Yeats’s “Sailing to Byzantium”); E.M. Forster’s A Passage to India (from Whitman’s “Leaves of Grass”); David Foster Wallace’s sprawling Infinite Jest (from Hamlet, which, by itself, has provided titles for dozens of novels). And the richness of Hamlet is hardly Shakespeare’s only contribution to the world of titles. The Bard’s oeuvre has inspired countless writers to plunder from his seemingly endless riches, from Joyce Carol Oates (New Heaven, New Earth) to Edith Wharton (The Glimpses of the Moon), from Isaac Asimov (The Gods Themselves) to Dorothy Parker (Not So Deep as a Well). If imitation is indeed the sincerest form of flattery, it isn’t hard to see how our most ambitious authors hope to create seriousness and clarify intent by echoing the elder masters in a legitimizing osmosis-by-title.

Though one could make the argument that swiping from the past creates a kind of bookish incest, a more charitable take locates something generative in these benevolent robberies, a realization that, time and again, it is literature itself that breeds more literature. It is a self-referential practice, to be sure; but rather than a turning inward, the stolen phrase is refracted as if through a prism. The result is a further concentration of effect, a thickening of texture wherein the title is both itself—that is, a lifted line—as well as something more than it ever could have been, an aspiration, a dream, a capstone. What greater fate could the isolated phrase have than that of fountainhead for future literature?

If you’re anything like me, you’re constantly pocketing lines for novel and essay titles, reviews, emails, jokes, asides. I have lists of non sequiturs, obscurities, broken phrasings, a fragmentary poetry from which hundreds of unwritten novels could be drawn. In my reading life, I’m always searching for the weight and radiance of something like The Sun Also Rises, a line buried in a longer work that threatens to leap off the page, to contravene the original author’s strictures, to give birth to something vibrant and luminous. These remarks hide in plain sight like precious stones at a teeming bazaar—or maybe like unplanted seeds from which, with time and close reading, your future literary obsessions will grow. Perhaps, finally, it isn’t the author that finds the title but rather—flashing palely in the margins, unmistakable—the title that finds the author. 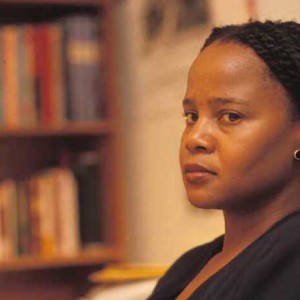 In part two of Paul Holdengraber's conversation with Edwidge Danticat, the two continue to investigate the complexities of death,...
© LitHub
Back to top