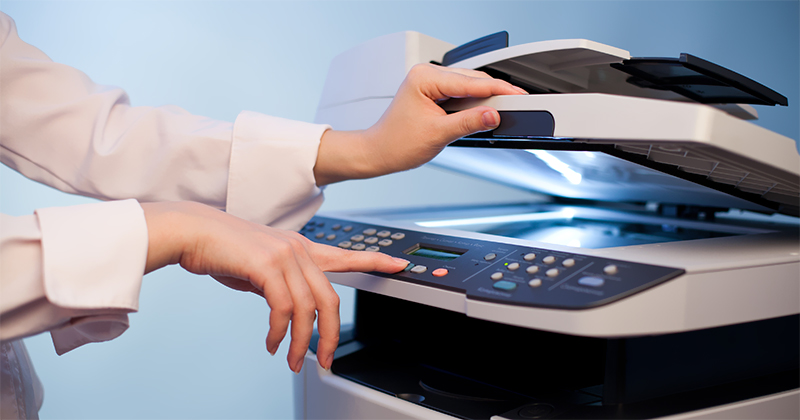 Where Can Hollywood’s Reboot Obsession Go From Here?

If 2017 is remembered for anything in entertainment, it might be the year everyone gave up on trying to stop reboots. Hollywood’s output this year included Kong: Skull Island, Power Rangers, The Mummy (ostensibly kicking off Universal’s Dark Universe), Beauty and the Beast, It, Saw, Ghost in the Shell, Jumanji, Baywatch, and even Murder on the Orient Express, which is somehow also getting a sequel. Several of these properties originally began life as books, while Power Rangers was a recut version of a Japanese TV show. This was also the year we got Spider-Man: Homecoming, the third attempt to start a filmed Spider-Man franchise in 15 years. Though some of these films have stumbled at the box office, there has been little to suggest an ebb in the commercial forces that squeeze them out like imitation diamonds.

At best, these entertainment products use an established brand as a sort of artistic Trojan horse to smuggle a new set of ideas and characters past the foreboding gates that prevent so much work from getting funded. This trick can happen even when the original creators are involved—Ridley Scott’s

Prometheus films have all of the hallmarks of the classic Alien, but they’re really campy movies about a gay Frankenstein played by Michael Fassbender that use the Alien name to justify their existence and toss the audience red meat in the form of Xenomorph kills. But this is a rare occurrence. For the most part, the rebooted films range from “excruciating” to “tolerable,” with even the better ones benefiting enormously from low expectations.

To loudly insist that Hollywood cut it out with the reboots is, unfortunately, to waste your breath. It is, however, at least worth asking the question: If this is the world we’re stuck with, how should a reboot be? Some have begun to resemble something like the filmed equivalent of an oral tradition, passing down different versions of the same story over and over—at least while the story remains immediate. (This is, roughly, what happens with each new incarnation of James Bond, which continues variations on its central themes even as 007 himself becomes a relic.) Our current options for “best” Hollywood reboot are, at best, pretty good. (Batman Begins.) But a better North Star for reboots is out there, and its name is Blazing Transfer Students.

“If this is the world we’re stuck with, how should a reboot be?”

The show is also as close as live action can be to animation without literally containing hand-drawn cels. Each of the Kakerus is archetypal in the extreme, from Kotaki, the gangster with a heart of gold who has sworn to never make a woman cry and whose strength comes from his immaculately styled pompadour hairdo, to Fujii, the flamboyant aesthete who in another show and era might have been coded as a queer villain but is instead a champion for the type of beauty cultivated by unconditional love. Each Kakeru can use National Railway Punch, the special move of Takizawa from the original Blazing Transfer Student. In the new version, Takizawa, now in doll form, the principal of the school. (He is voiced by Takeshi Kaga, best known to Western audiences as Chairman Kaga on Iron Chef.)

Each frame of Blazing Transfer Students is carefully composed, contrasting the loud colors of a boy band and an anime and highlighting the exaggerated features of the Kakerus to create the moving equivalent of comic book panels. It helps that the series liberally applies action text—practically the first shot of the series captures one of the Kakerus skidding on the pavement toward his first day at the school, caption “SLIDING.” Other shots are punctuated with words like “SWOOSH,” “CRACKLE,” and “RHINO.” 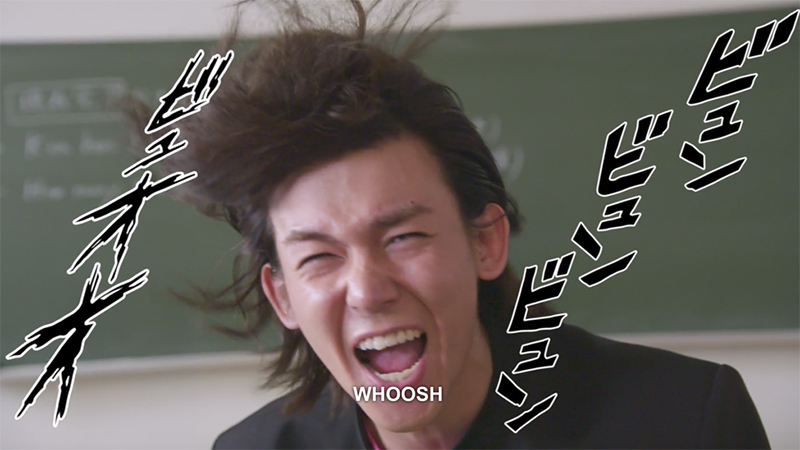 The show’s rubbery grip on reality—and its willingness to explicitly address its existence as a reboot—reaches its apex in the season’s penultimate episode, “Blazing Sports Festival!!” The Kakerus are confronted by Kazuhiko Shimamoto, the creator of the original Blazing Transfer Student manga, who has assembled his own group of older, frumpier, off-brand Blazing Transfer Students. They go only by their numbers and are intended to challenge the Kakerus’ appropriation of Shimamoto’s work. In their view, the Kakerus are “much too lukewarm,” and lack the passion to be true Blazing Transfer Students. During the scene, Shimamoto clutches his heart, threatening to tip over at any moment, and bemoans his presence: “So this is the fate of an artist who gave away his copyright.” 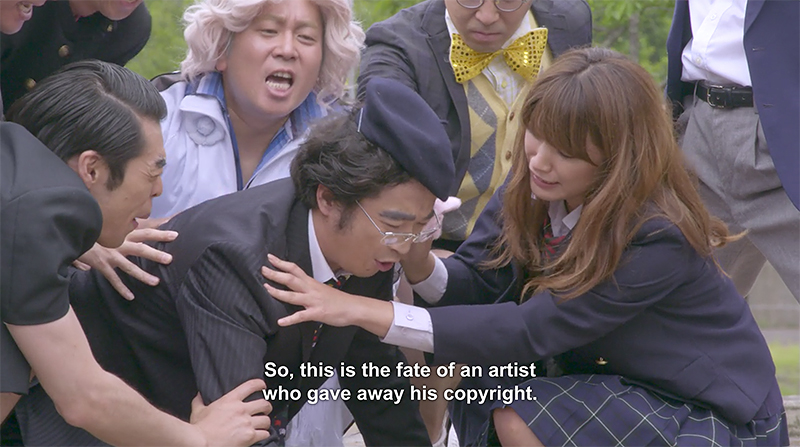 This has to be a joke, right? It is, though not a very funny one to the scores of artists who have seen their work transformed again and again into someone else’s cash cow. (Whatever you think of Alan Moore, it must be excruciating to watch HBO make yet another version of

Watchmen.) Thankfully, the show doesn’t take itself too seriously—Hikari, the Kakerus’ liaison, somehow takes yet another brick out of the fourth wall by telling Shimamoto to stay away from the filming they’re doing on the project. Even if Shimamoto is in on the joke, it’s hard to fault the impulse to test the newer, sleeker version of his project.

The Kakerus compete against Shimamoto’s team in a series of field challenges ranging from a seven-legged race to an animal scavenger hunt to a combination skydiving-baguette eating challenge, in which Fujii chips his tooth and loses his will to compete. The Kakerus lose most of the events, but in the final event, a pool chariot fight, Nakama—the nerdy, anxious Kakeru—discovers the key to competition. Acquiring a copy of the original 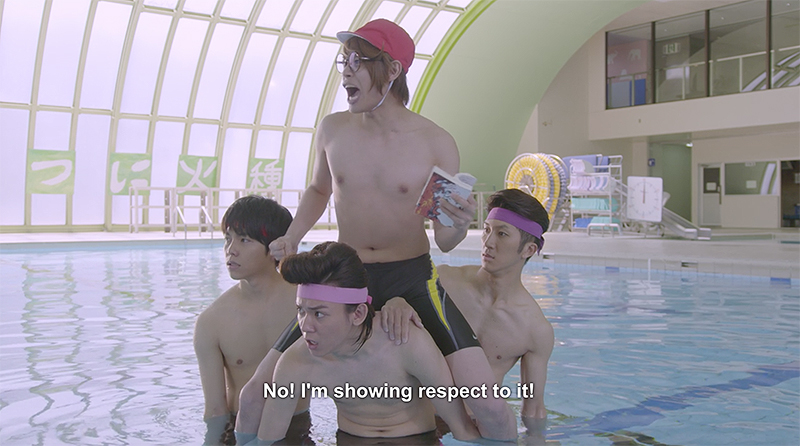 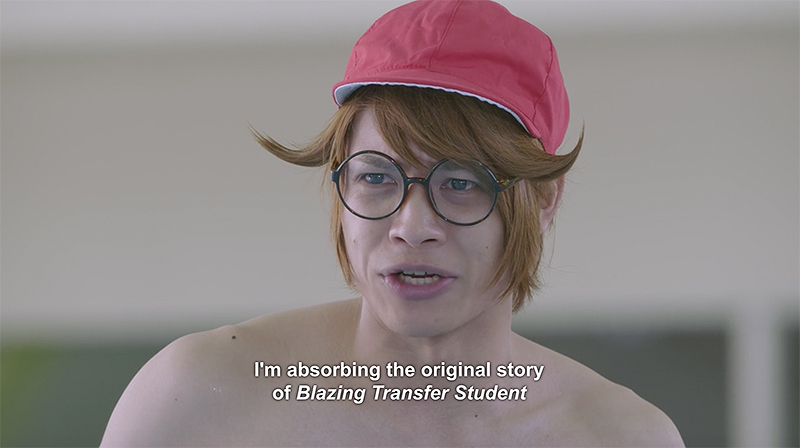 (“That’s the power of the original work!” Hikari remarks.)

Of course, in the ensuing pool fight, another girl’s top falls off and, in a series of shots set to “Ave Maria,” the Kakerus collectively experience massive CGI nosebleeds, which the narrator helpfully explains for Western viewers is a standard joke indicating that someone is aroused. (The blood pools into the form of the Japanese word for “boobs.”) Juvenile eroticism aside (or maybe central), this is one of the most serious moments in Blazing Transfer Students, if not the most serious. It’s the season’s real climax, in which the Kakerus prove themselves worthy as Blazing Transfer Students, justifying their existence not by making a winking joke but by leaning fully into the spirit of the original work, consuming it, and using it to make something new. 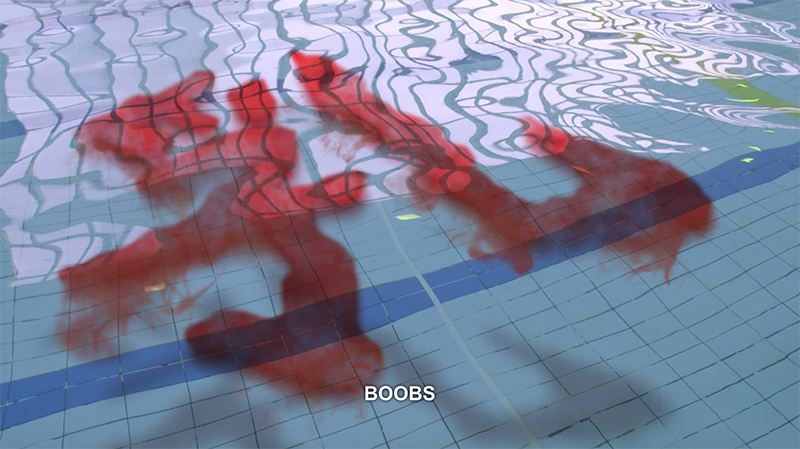 The closest thing we’ve seen to this kind of genuine attempt to internalize an older work is, unfortunately, in the collected output of JJ Abrams, Hollywood’s preferred reboot hatchet man. Abrams’ work is, at the very least, distinctively his, but he doesn’t have enough ideas to do anything close to what Blazing Transfer Students accomplishes. His Star Trek films made metatextual nods to the original Trek by including Leonard Nimoy’s Spock, while also largely ignoring its spirit to blow stuff up underneath lens flare instead. His Star Wars film succeeded largely by fastidiously recreating sequences from A New Hope. In this way, The Force Awakens is also about the anxiety of making new Star Wars movies.

Tomb Raider, Scarface, or Jungle Book reboots? Is it too early to pin our hopes on Ocean’s Eight, the all-women retooling of the Steven Soderbergh heist trilogy? It’s nice to see this attempt to remixing the premise of the original films, but merely swapping out the identities of the characters doesn’t, of necessity, go anywhere beyond “nice”—especially if the tepid, unimaginative pleasures of Paul Feig’s Ghostbusters are any indication. (The presence of Rihanna is another story.) If Hollywood is kind, maybe next year we’ll see more blood flowing outside the lines.
adaptationsBaywatchEric ThurmfilmGhostbustersItJumanjiliterary adaptationsmoviesMurder on the Orient ExpressNetflixOcean's EightPower RangersrebootsSpider-ManThe Mummy
Share:

The Brunist Day of Wrath 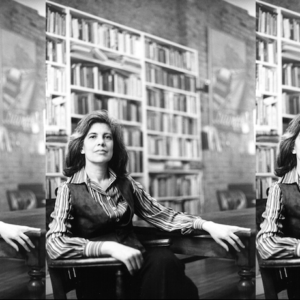 Literary Hub's top ten most popular stories of the year: from the elusive humanity of Donald Trump to virtuosic...
© LitHub
Back to top
Loading Comments...