Original and personal, We Could be Heroes sidesteps the tired tropes that populate Hollywood films for something more nuanced.

This quirky, offbeat novel introduces us to two people, Zoe and Jamie, who both have amnesia and super-powers. While Jamie is a criminal who holds up banks, Zoe is a vigilante crime-stopper. After her first attempt to arrest him goes south, Zoe and Jamie meet again at a memory-loss group and develop an uneasy friendship. In many ways, they’re the odd couple. Jamie, more quiet and thoughtful than your average bank robber, has a hard time letting his guard down with Zoe, whose super-powers include hovering in the air and lifting cars. However, the impulse to find out what happened to them unites them, until Jamie finds out who is really pulling the strings.

Mike Chen: I really wanted to ground the superhero and the super villain in reality. Even if you have the ability to, you know, run fast or whatever, you have to have a job, you have to pay rent or a mortgage and eat and deal with the logistics of life. We miss that a lot in superhero media because it’s so focused on the fantastical. But not everyone has the resources of Bruce Wayne. That just doesn’t happen.

Also, I wanted to have the reader ask themselves what they might do in such a situation. I really wanted to take existing comic book and superhero tropes, which I clearly love—this whole book really is a love letter to all the things that I grew up reading and I still read and I really love watching—but I wanted to turn them on their side. I think the novel gives the ability to do that in a different format than comic books or TV shows. It’s very rare, I think, that people are all good or all bad. And so this lets you get in their heads in a way that you don’t really get to in other mediums, so you can see where that gray area is with these two.

Mike Chen is a lifelong writer, from crafting fan fiction as a child to somehow getting paid for words as an adult. He has contributed to major geek websites (The Mary Sue, The Portalist, Tor) and covered the NHL for mainstream media outlets. A member of SFWA and Codex Writers, Mike lives in the Bay Area, where he can be found playing video games and watching Doctor Who with his wife, daughter, and rescue animals. Follow him on Twitter and Instagram: @mikechenwriter

The Woman Who Stole Vermeer by Anthony M. Amore, Read by Karen Cass 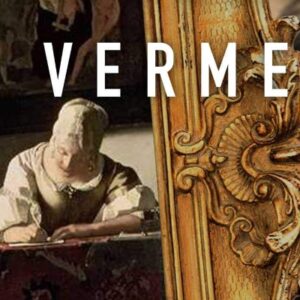 The Woman Who Stole Vermeer by Anthony M. Amore, Read by Karen Cass