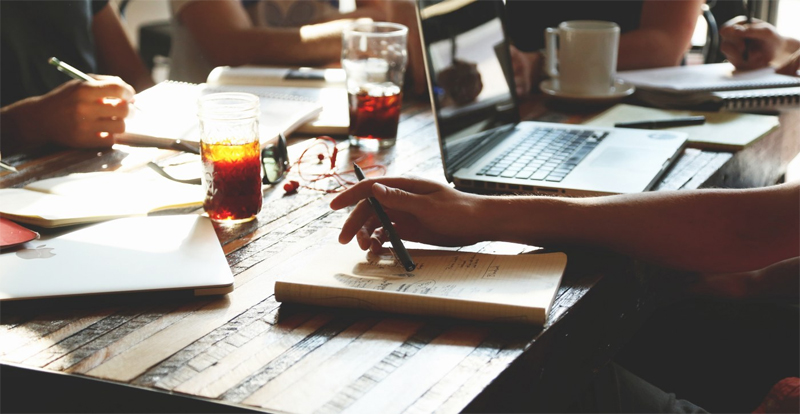 The bookstore next to my apartment is one of the few places where a budding writer can go in New York to and feel nothing but optimism about their literary prospects. People don’t just go there to buy books: they go there to gape at books, to think about books, to read—or fondle—books. Among the shelves of essays, short stories and criticism, the store has also set aside a few rows for writing manuals penned by icons like Stephen King and Haruki Murakami, advising aspiring writers on everything from how to construct a sentence to the best time to go to bed. Those who have gathered the courage to actually put words on paper can move on to the store’s book printing machine; I’ve seen many MFA grads pay a few bucks to get their thesis printed in book form, just as I’ve seen many hopefuls pay some additional bucks to display their paperbacks on the store’s self-publishing shelves.

Having recently graduated from an MFA program with a price tag higher than the average annual household income myself, this store is a comforting place for a writer. Inside, it feels less outrageous to have spent all this money to study how to be a writer. If so many places and services exist just to cater for writers like me, then surely that means the industry is booming?

This daydream extends beyond my book store. After graduation, an informal system of readings, talks, and other events exists to fill up the time I would have otherwise spent in school. I can go to a panel on Elena Ferrante to mingle with other writers and feel part of a literary community. Instead of my neighborhood cafe, I can take my laptop to one of the many co-working spaces especially designated for writers that can offer me a desk, like-minded company, and a reason to get dressed in the morning. Even if I were to move away from New York entirely, the internet would still offer a wide enough net of writerly support: there are complete industries offering online seminars on pitching, or remote workers that provide an editor’s eye—as long as I’m willing to pay the fee.

What all of this seems to point to is the emergence of writing as a lifestyle good. Grad programs and services catering for writers are growing while newspapers and magazines shrink from repeated rounds of lay-offs, and this demonstrates exactly how living like a writer is no longer necessarily correlated to actually working as one. It’s telling enough that the country’s Creative Writing MFA programs received about 20,000 applications this year; they deliver $200 million in revenue a year for U.S. universities, and yet, there are not more books being written. Critiques against MFA programs are aplenty: they’re said to produce monotonous writing, the cost isn’t always borne out by graduates’ income expectations, and they’re all too often a white and (upper) middle class pursuit. But an MFA is also a place where, for a few years’ worth of tuition, aspiring writers get to be among other writers and do nothing else but pursue writing. It’s in this sense that the MFA has contributed to a larger phenomenon: writing is no longer something you simply do; the life of a writer has become something you can buy.

While writers have always liked to hang out in designated enclaves, the pursuit of literature has become more commercialized than ever. I will admit upfront that I’m one of those MFA-grads who believes that if I’ve already spent so much money acquiring a degree, then what are a few extra supplementary expenses to guarantee the investment will pay off? I have paid to be part of professional groups, purchased writing manuals, and on unproductive days, gone to the cafe connected to my local bookstore—of course my bookstore has a cafe—to buy a cup of tea just to feel like I have engaged with literature in some measurable way.

The debate around the usefulness of the MFA heated up in 2009, when Mark McGurl published The Program Era: Postwar Fiction and the Rise of Creative Writing. In the book, McGurl describes how the emergence of MFA programs has been the single biggest influence on American literature since World War II. Yet he never stops to examine how the MFA-effect extends to how we understand what being a writer really means. The fact that MFA programs have mainstreamed the idea that artistic endeavor is something that can be institutionalized and taught has helped pave the way towards thinking that the pursuit of a writing career is something that can be professionalized and bought.

The growth of the creative writing movement in the United States also means that there is now even more competition for fewer writing gigs, and this vulnerable position has made me and many others eager to seek out an extra push whenever we can. Of course, not everyone who buys into these supplementary programs does so out of ruthless ambition or gullibility. In an age where the structure of a writer’s life has shifted from the staff jobs, health plans, and permanent desk of yore to typing freelance assignments in whichever place has the best wi-fi, many writers have no choice but to buy themselves some extra stability and camaraderie. But there is a difference between a veteran freelancer optimizing their workflow and a young writer seeking a place in the world. Co-working spaces that require only a “serious intent and a strong drive to write” as selection criteria seem to specifically target young writers, while workshops and conferences that market their offerings as “essential” knowledge to “jumpstart a writing career” can make graduates feel that there are further boxes to tick before the writing can even start. But perhaps the most important difference is that a veteran freelancer is paying for services with their actual income, and young writers often end up paying for it with student loans.

The question that unavoidably follows is: what happens to those who cannot afford to do these things? The flourishing writing how-to industry designed to help new writers also creates a gap between those who can pay for a head-start and those who can’t. I work hard as a writer and a freelancer, but I also know that much of the reason I have the time and ability to do so is because of a financial support system that can fill up potential gaps in my income. Of course, it is by no means necessary to join a co-working space to write a book. But the fact that there is an industry out there offering services, and that there are people who buy into them, means that some people will be discouraged from pursuing writing when they realize they can’t afford it all.

Opportunities have always come easier for the privileged and the wealthy, but writers shouldn’t perpetuate the notion that to have a “room of one’s own” requires a list of prerequisites like a desk in a studio, a membership to a networking group, or even an MFA. We should be helping ourselves, each other, and especially young writers, understand that, even though you can pay for some extra help, good writing doesn’t necessarily come from that list of supplemental services—nor do all of those services need to cost money, but are often things we can provide for each other.

The most valuable thing that my MFA program has given me is a group of peers who serve as my mentors, my editors, my muses, and my friends—and seeing them doesn’t have to cost me more than the price of a cup of coffee. Learning how to pitch effectively is something that I could have spent an extra buck on, but instead, I discovered that many editors have written extensively about how to pitch them; an editor doesn’t care whether you’ve done a pitching course or not. Of course, those who really feel they need that extra desk or can afford more mentorship can pursue what they desire, but it can’t hurt to be reminded of the fact that the autonomous task of writing, the thinking that goes into every word, is what ultimately drives and improves the work. I can go to my bookstore’s coffee shop to feel more optimistic about my literary prospects, but those tables brimming with lattes and thick independent magazines are not where the writing actually gets done.

Mary Wang is a Chinese-Dutch writer based in New York. Her writing has appeared in the Guardian, the New Republic, Village Voice and Vogue NL.
http://www.hellomarywang.com/ 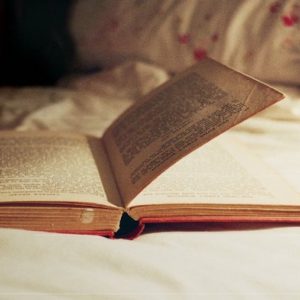 Yesterday saw the release of Samanta's Schweblin's terrifying Fever Dream. I know this is one of those things people who write...
© LitHub
Back to top