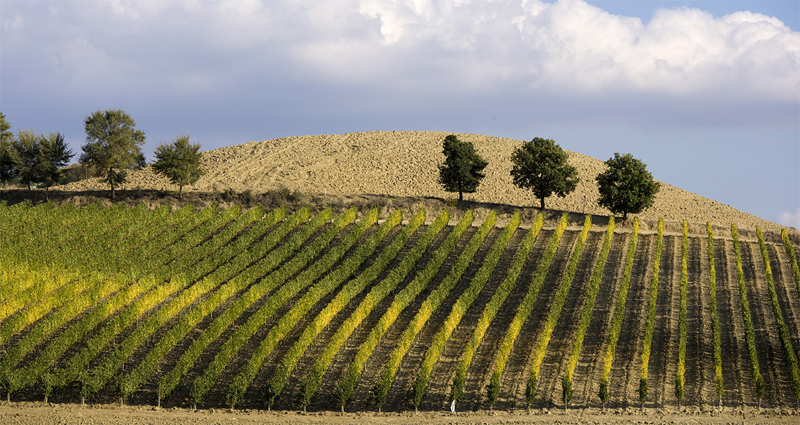 VIA The Southern Review

Josip Novakovich on a Life Measured Between Glasses of Wine

Wine in my childhood was a mysterious liquid. Daruvar, my hometown, was surrounded by vineyards; wine was everywhere, almost as much as beer. But we were the center of the Czech minorities in Yugoslavia and had one of the oldest breweries in the country, Staročeško pivovara. For a while the signs were not only in two scripts, Cyrillic and Latin, to reconcile Serbs and Croats, but also in Czech, to appease the Czechs and to demonstrate that we were not a godforsaken hick town but rather a cosmopolitan haven, and so Gornji Daruvar, or Upper Daruvar, was spelled as Horni Daruvar, horni being gornji, or “upper.” The United Nations peacekeepers, after all the reconciliations failed, drew a lot of merriment from the unintended pun. Maybe if the wine had been better, there would have been no war, but that’s neither here nor there.

I could smell the wine spilled on floorboards wafting from various taverns, and even worse, the smells of Daruvarski Riesling arose through the floors of my elementary school, which was in an old castle on a hill in the north of the town. There were barrels of mostly white wines but also some reds, and not all of them were kept perfectly, so that through the cracks of the barrels and from drunken mishandling by the cellar keepers, my peers and I learned the basics of math, grammar, history, and literature somewhat dizzy and fumigated in wine vapors. At home, we had no wine, even though we had a little vineyard, from which we ate Noah’s grapes, and my mother made grape juice, which tasted great. My father apparently never drank, and, instead, satisfied his sugar cravings by keeping bees and drinking grape juice. He sometimes let me linger with him at the entrance of a tavern to look at staggering drunks and to smell the foul fumes, and said, Son, don’t ever drink booze. Why would I, I said, it looks and smells disgusting.

When I was twelve I read The Death Ship and The Treasure of Sierra Madre by B. Traven. Rum and wine drinking seemed to be what pirates and sailors did. For a whole week I was a pirate and a convict, living in Bruno Traven’s imagination, but it was not substantial enough. I wanted to taste the wine. For some reason, Jesus drinking wine and turning water into wine was not enough of an intrigue for me to taste wine for the first time, but fiction was. In Zadar, where I attended a summer camp—basically, nearly all Yugoslav kids at the time could spend, at government expense, a month or two in camps on the coast, swimming, eating sardines, and coming up with nasty things to do—in the evening, with a friend of mine, Boro, we passed by a tavern with a barrel of wine, a few bottles of wine, and several red-faced men. The sign said, A glass of wine, 10 dinars. That’s not all that much, I said to Boro, less than an ice cream. I’m going to taste it, I need to know what the sailors know. You go ahead, Boro said. My father is a drunk and I’ve seen more than enough of wine. I hate the shit. I went in and asked for a glass of wine. The bartender said, Son, how old are you? Twelve, I said. Fine, that’s old enough, he said. Smart child, you can tell right away, said one of the patrons. I drank one glass as though it were grape juice. It was surprisingly sour and not pleasing at all. The bartender said, The first glass may taste like that, but the second will be much better. So I had the second one, and it agreed with me better. I stepped outside into the dusk on the cobbles, and the street tiles were somehow more slippery than before. I ran into Boro and other friends of mine, and I surprised them by speaking in all the Yugoslav dialects I could recall. First Dalmatian, then northern Serbian, then hillbilly Slavonian style, then Zagorje . . . I could do all these accents and dialects—a skill I lost when I got to English, where I can do only one accent, mine. I don’t remember how the evening ended; I woke up sick the following morning, and had no interest in wine for the next twelve years. I also didn’t read any more B. Traven. Still, wine may have a lot to do with my interest in literature, or it may be the other way round—I am not sure which came first, those vapors or the stories involving wine. Altogether, it’s a hazy affair.

My son and I visited Stephen, my friend who ran an art colony on an island in Maine, in Bedford, New York, and drove down the lane to his refurbished red farmhouse. We stepped on huge floor tiles, each one about four square feet, a bit uneven, thick, foot-worn to a polish, reminding me of churches in Europe.

Stephen, these tiles are impressive, I said.

They better be, he said. I bought a whole damned monastery in France to get the tiles.

Really, you are crazy.

I had the monastery floor taken apart and shipped to me. I still have a lot of stone I’ll use somehow.

How did you find the monastery?

You could have just as well bought hundreds of bottles of Bordeaux.

I could have but these tiles are more solid. By the way, it’s fantastic to see you, he said. Let’s have some special wine for the occasion. You know, I have this wine cellar that I inherited from one of my friends, a large brewing company heir, who died in Munich. He left millions to his various wives and lovers, and I was his will executor, and he left me just three hundred bottles of damned fine French wines, which are probably past their prime, but each one minimum five hundred bucks. I haven’t had any yet. Would you mind splitting a bottle?

Yes, I would mind, I said with an ironic intonation. Why didn’t he drink them up before he died?

He was a sick man, an alcoholic. Strange karma, isn’t it, for a beer mogul. He could drink only vodka or gin, pure. He needed an immediate alcoholic surge. Wine was too slow for him. The heritage of wine was wasted on him. After his death, his autopsy showed that his brain had shrunk to the size of an average apple.

OK, let’s not think about apples, I said, but grapes, and let’s drink. The drive was hell.

So we drank a bottle, and it was all right. I forgot its name. Maybe we should have decanted it. Then we drank a bottle of wine I got from a friend of mine, a wine distributor, an Englishman—a Californian merlot, Fess Parker (the Davy Crockett actor turned winemaker), which would sell in the range of forty dollars or so, and it was much tastier than the somehow dusty and sour old French wine. My son played the cello, a Chopin piece, soulfully, and I wondered why the hell he was so abused as to become a virtuoso. He reminded me of the anecdote from Diogenes Laertius, which goes approximately like this—Diogenes listened to a young man play the lyre, and the more he played, the sadder Diogenes was, and he started weeping. What’s wrong, the host said, doesn’t he play beautifully? Yes, he does, Diogenes said. The more he plays, the more I realize how much time the poor lad has spent practicing. I mourn for all that time he wasted. I felt a bit like that for my son, but then I thought, maybe the fucking French wine was making me sentimental and irrational.

Next time I visited Stephen, I said, How is your cellar holding up?

Better than it should, he replied.

I forgot the code and my wife is hiding it from me. She wants me to quit drinking. So I have kind of quit. And also, she doesn’t understand that that wine is not like a museum. Wine improves for a while and then gets worse, and museums get better and better with age. We should drink it all for a month and have a festival of silliness, but instead it will be really corked and foul. But what do I care? I can just imagine how the wine is doing in a vault. It’s like Italian liras after the introduction of the euro. They were still good for a year and you could exchange them, and now they are just pretty, things to put on the wall. And not even all that pretty. The French francs are prettier and so are the Dutch guldens. But they are all now worthless.

For a chance to win an issue of The South Review, email giveaway@lithub.com.

Josip Novakovich is a Croatian short-story writer, novelist and writer of narrative essays. He lives in Montreal, where he teaches creative writing at Concordia University.

On Rosamond Carr and the Orphans of the Rwandan Genocide 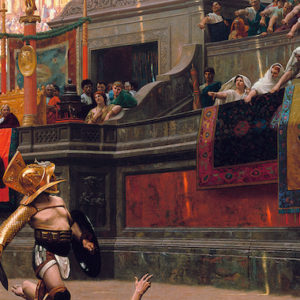