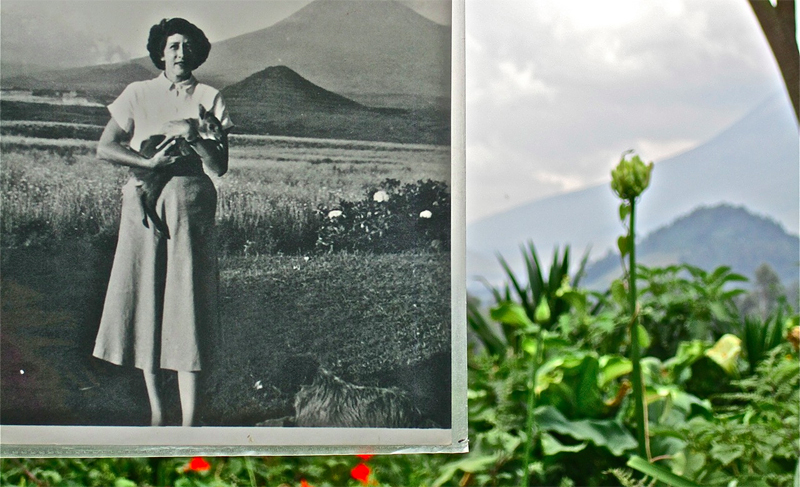 On Rosamond Carr and the Orphans of the Rwandan Genocide

Nora Anne Brown on Following in Carr's Footsteps at Mugongo

In April 1994, Rwanda filled our front room. Bodies littered the countryside, young men incited hatred from trucks, hundred of thousands of people took to the roads: women carried bedding, firewood, and basins; children carried jerry-cans and babies; babies cried for milk. At age 15 Africa felt a world away, but I was transfixed by those images, images that would remain with me for years to come.

The world watched, uncomfortably, but did little to intervene. While people seemed to have grown disinterested in Africa and its post-independence problems, almost a million people were slaughtered in Rwanda that month. A further one million people fled. A third of the population was either dead or displaced.

Amongst those forced to flee was an 81-year-old American, named Rosamond Carr. Carr, who was raised in 1920s New Jersey, wealthy and sheltered, had worked as a fashion illustrator before marrying the British explorer, Kenneth Carr. Rosamond and Kenneth moved to Africa, where they settled in the Belgian Congo to manage a pyrethrum plantation. This was long before the days of chartered flights and mutatus. Their journey was long and arduous (several weeks in duration) but filled with adventure too. In Carr’s autobiography, Land of a Thousand Hills, she tells of cotton dresses, pith helmets, transatlantic cargo ships, steam locomotives, porters, and wildlife – elephants, buffalo, antelope and zebra. The journey would ultimately lead her to Lake Kivu, the most beautiful place I have ever seen’; a place that would become her home that she ‘would never leave for very long’. Rosamund fell in love with the land and its people, but she and Kenneth drifted apart. In her early 40s, Carr applied for a job managing a plantation across the Congolese border in Mugongo, Rwanda, a decision that would herald the end of her marriage and the start of an extraordinary, independent life of her own.

Over the next few years Carr established her role at Mugongo, working tirelessly to gain respect as a lone, female mzungo. She immersed herself in Rwandan life, remaining in the country during the uprising of 1959, the troubles in the neighbouring Congo in 1960, and through Rwanda’s own independence in 1962. In the years that followed Carr established strong friendships, including one with Dian Fossey, bonds which would root her even deeper in Rwandan culture and society. In the 1980s, with pyrethrum no longer a strong enterprise, Carr converted her plantation into a flower farm where she grew lilies, gladiolas, carnations, agapanthus, iris, and alstromeria. It was a time of “peace, prosperity, and growth.”

But in October 1990, Tutsi-exile soldiers, from the Ugandan Army, attacked Rwanda; ethnic hatred was aroused. Carr remained in the country during the troubles, but in April 1994 all foreign nationals were evacuated. Carr was forced to leave the country; she would return four months after the massacres with her heart set on converting the old drying house into an orphanage for those children left without family. It would be named Imbabazi z’i Mugongo, meaning: Mugongo is a place where you will receive all the love and care a mother would give. Imbabazi would come to define Roz Carr’s life.

In 2010 a friend of mine, who was living in Rwanda, invited me to visit. The images of 16 years previous, which had filled our family living room, were still etched in my memory; I jumped at the opportunity to travel to the tiny country but it was with some trepidation that I boarded my flight.

My expectation was of a sombre nation, and yet what I discovered on landing in the smoke-filled air of Kigali airport, quite blew me away. Rwanda is lush and vibrant. I travelled to Gisenyi on the shores of Lake Kivu where I fell in love with the country. During my time there I learnt of the American who’d spent her life in the surrounding hills, growing flowers and, in later years, raising Rwandan orphans. Time didn’t allow me to visit Imbabazi on that trip but, as I left, my friend gave me a copy of Carr’s autobiography, and the following year, inspired by her story, I returned to work as teacher and writer at the orphanage.

My time at Imbabazi was split between teaching English in the mornings, socialising in Carr’s tropical, English-country garden with the teenagers in the afternoons, and writing in the evenings, making sketches and notes for a novel, which would later be published as The Flower Plantation. I was always aware of Roz’s presence, though she had passed away five years previously; the children spoke of their love for Roz, what had happened to them, and of the hope Roz had instilled in them for the future. But though I heard these stories first hand, they felt distant; it was difficult to grasp the enormity of what had happened there, to understand exactly what Roz and these kids had been through. The courage they must all have displayed during those first few years after the genocide was incomprehensible, made all the harder for me to understand by the fact Rwanda had moved on so much. Who could imagine such horrors could happen in a place of such enormous beauty and peace? The country was developing, looking forward, as best it could; change had been enabled. Rwanda was beginning to bloom.

Now of course the world has a new focus for genocide, war and civil unrest, The Middle East. For almost 20 years, the region has dominated the newsreels and column inches that African countries once filled. Today, migrants and refugees in the millions arrive in the Eastern Mediterranean and Balkans, from Syria, Afghanistan and Iraq to name but a few, making their way into Western Europe in search of asylum. This crisis isn’t in some distant place, a world away from our own; this crisis is here on our doorstep, the human fall out of war, living amongst us.

As was the case with Rwanda, the international community is divided in knowing how to respond to the crisis: how to accept these refugees, how to protect them, and how to reach political agreement. But whilst governments squabble, the Refugees Index indicates that the majority of individuals, some 80 percent of those polled, would accept refugees into their country, with 46 percent suggesting they would welcome refugees into their own home. It seems there is a disparity between governments’ responses and those of their citizens.

I look at my own situation, a citizen of the UK, a married mother with a comfortable home, and I ask myself: would I offer a home to six children, or 60, if they were walking past my door with no family, no possessions, if they were in desperate need? Would I have the compassion and generosity of heart to welcome them in and nurture them? Or would I believe it to be the problem of the state or of someone else? The U.K. government has resettled only a thousand Syrian refugees under the Vulnerable Persons Relocation scheme (though it has promised to take 20 thousand from camps over the next five years, compared to Germany which has already accepted over a million). Roz Carr, a single woman in her 80s, was able to house almost half that number (500) on her own!

When I think of Roz Carr in the context of the E.U. migrant crisis, I see much more clearly, her extraordinary humanitarian spirit and the self-sacrifice that so defined her later years. I suspect Roz never felt conflicted about the plight of those children who were brought to her door or, if she did, that she took a deep breath and overcame such shortcomings, and gave and gave and gave until the day she died in her beloved Rwanda.

Nora Anne Brown was born in Scotland and moved to London to study at the Royal Academy of Music. She worked in the music industry before moving to Durham to become a doctor. In 2010, a trip to Rwanda gave Nora the inspiration for her novel. Having won the Lightship First Chapter Prize with her opening chapter, she completed a masters in creative writing at Bath Spa University. Nora lives in Scotland with her husband. The Flower Plantation is Nora's first novel.

If I Forget You 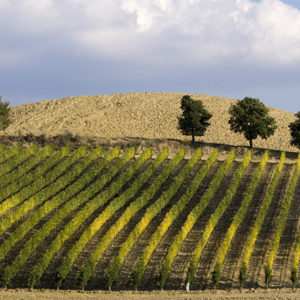 First Glass Wine in my childhood was a mysterious liquid. Daruvar, my hometown, was surrounded by vineyards; wine was everywhere,...
© LitHub
Back to top