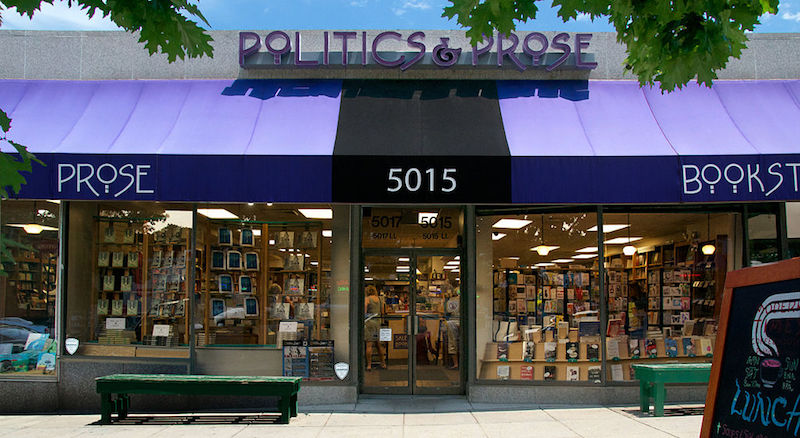 When white nationalists protest your bookstore

Since a brief protest by white nationalists interrupted a reading this past Saturday at bookstore Politics and Prose in Washington, D.C., a flurry of news stories has made the incident—which occurred during a reading by Jonathan Metzl—seem “worse than it actually was, in terms of overall impact,” says co-owner Bradley Graham.

They’ve moved on, Graham says. But behind the scenes, the incident has become part of a larger ongoing conversation about security measures and what to do when groups or individuals use bookstore events as opportunities for protest.

Politics and Prose has faced a series of protests by various groups in recent weeks that “may be coincidental or may be a sign of more such disruptions to come. We don’t know yet,” he said. “But it has caused us to more systematically think through what we do when challenged about our events, since events are a big part of what we do.”

A flash mob of about 15 people interrupted Janet Napolitano in late March to protest her actions on immigration as the Secretary of Homeland Security under President Barack Obama. In early April, author Max Blumenthal’s book launch was postponed after protests from customers.

Graham said that over 35 years and thousands of events, the store has rarely faced threats. But in general, they’ve been “thinking about security more seriously” since late 2016, when Pizzagate conspiracy theorists threatened the bookstore. With white nationalists targeting other bookstores and libraries in recent months, these last few weeks have put an additional spotlight on those conversations, and the store has been training staff in how to respond.

Graham said he was reluctant to give specifics, but recommended that bookstore owners prepare for a number of scenarios.

“You need to kind of walk through with your staff what to do in various scenarios,” he said. “Who does a bookseller go to if they’re feeling overwhelmed by a situation, unsure of what to do? What does that manager then do? Can you give them a checklist to run down? What numbers should they have on hand to call, of other senior staff or local law enforcement? When should those numbers be called? … You sort of have to game everything out under various scenarios.”

To any other booksellers wondering what to do: “Tell them to call me.”