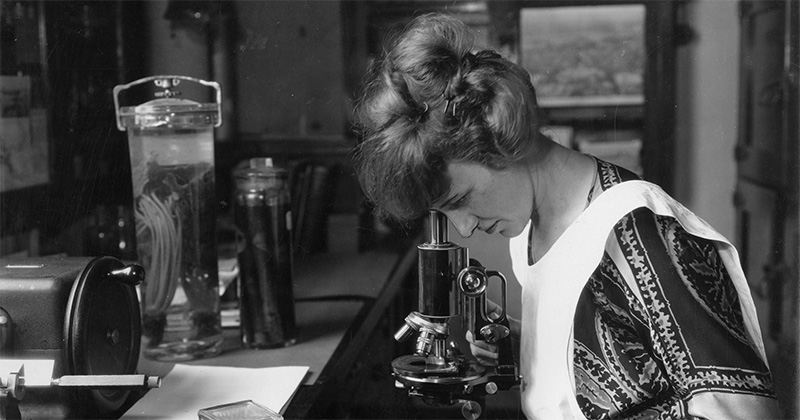 On the Bad Old Days of Pre-Regulated Food Production

At the U.S. Customs Service laboratory in New York City, where he was a supervisor, colleagues described chemist Jesse Park Battershall as a rather shy, meticulously cautious scientist. Yet Battershall’s 1887 book on food adulteration seethed with outrage over virtually every product that American grocers sold. His list included milk and butter, of course, as well as cheese, coffee, chocolate and cocoa, bread, and “baker’s chemicals” (baking powders and sodas), and an appalling amount of candy laced with poisonous metallic dyes. He had tested 198 samples of candy and found that a full 115 were tainted by the use of dangerous dyes, mostly arsenic and lead chromate. Forty-one out of forty-eight samples of yellow and orange-colored candy, in fact, contained lead. He had warned of cyanide, indigo, soapstone, gypsum, sand, and turmeric in teas, but he’d also found that the leaves themselves represented a variety of cheats. In standard black and green teas, Battershall found mixtures of backyard leaves from rosebushes, wisteria vines, and trees, including beech, hawthorn, willow, elm, and poplar.

But even this paled, according to the Chemistry Division’s report on spices and condiments, to the fakery involved in these products. This was not entirely a surprise. Ground, flaked, or powdered food products had long been known as easy to cut with something else or be replaced entirely by some other, cheaper powder. Ancient Roman documents tell of first-century BCE merchants selling mustard seed and ground juniper berries as pepper. In 13th-century England, there were tradespeople called garblers (from an old Arabic word for sieve), hired to inspect imported spices and sift out grain and grit. Predictably, some garblers, those in the employ of unscrupulous importers or merchants, did just the opposite, mixing ground twigs and sand into the spices themselves. Eventually the very word “garble” came to mean mixing things up incorrectly.

By the late 19th century, some countries—notably Great Britain—had laws regulating spices. Clifford Richardson, the scientist whom Wiley assigned to take the lead on the USDA spice study, noted in the bulletin that the Dominion of Canada, then still part of the British Empire, did a much better job monitoring foodstuffs than the United States did. But even so, a recent Canadian marketplace survey had found widespread and rather astonishing levels of fakery. Richardson, writing in the bulletin, tallied up the damage: Commercially sold dry mustard registered at 100 percent adulteration, allspice at 92.5 percent, cloves 83.3 percent, and ginger 55.5 percent.

The Canadian analysis also provided some specifics. For instance, scientists there had found a mixture of ground wheat chaff colored with red clay, with a little inexpensive cayenne pepper thrown in, masquerading as ground ginger. When Richardson examined American-sold “ginger,” he discovered burned shells, cracker dust, ground seed husks, and dyes. He also noted that some states—Massachusetts, New York, New Jersey, and Michigan—did require spices to be tested for authenticity and purity and that the results had been appalling. In 1882 Massachusetts regulators had found 100 percent adulteration of ground “cloves,” which seemed to be mostly burned seashells. The same year, the state’s black “pepper” samples turned up as largely charcoal and sawdust.

When Wiley’s team did its own ground pepper analysis, the chemists found it difficult to list or even figure out everything that was in the mixtures: sawdust, cereal crumbs, gypsum, potato scraps, hemp seed, and “to an astonishing extent” powdered olive stones, walnut shells, almond shells, “mineral matter,” sand, soil, and more. The chemists mockingly called the spice “pepperette.” A new, inexpensive product labeled “pepper dust” they found to be literal dust, apparently common floor sweepings.

“Pepper is more in demand than any other spice and is in consequence more adulterated,” explained Richardson. Consumers were too trusting and didn’t examine the spices they bought. With his naked eye, he’d been able to pick out crumbled crackers and charcoal in a black pepper sample. He could also pick out the crumbles of brick dust in so-called cayenne pepper. Using a microscope, he detected sawdust in the spice mixes, distinguishing the larger tree cells from the finer cellular structure of a peppercorn.

Some manufacturers took a one-size-fits-all approach to fakery. One New York firm—a purveyor of pepper, mustard, cloves, cinnamon, cassia, allspice, nutmeg, ginger, and mace—had purchased 5,000 pounds of coconut shells a year for grinding and adding to every spice on that list.

Other cheats made “mustard” by mixing water with coarsely ground flour or crumbled gypsum, a mineral commonly used to make plaster. To give the resulting sludge a mustard-like tint, Martin’s yellow (more technically 2,4-Dinitro-1-naphthol yellow), a coaltar dye containing benzene (and related to naphthalene, a primary ingredient in moth balls), was added. The chemists had discovered this by adding alcohol to the “mustard” powder, separating out the dye, and analyzing its formula.

Richardson predicted that if manufacturers realized how easily this fakery could be detected, they would find another, perhaps even more harmful, chemical to substitute. With bureaucratic understatement, he noted that spices offered “large scope for inventive genius.” With Wiley’s collaboration, he wrote an overtly political call to action in his conclusion to the report. It would be difficult to prevent the rise of such “manufactured” food, he said, “without some governmental action.” Crooked spice processors undercut the prices of their honest competitors, leaving no economic incentive for pure products. “When proper legislation has found a place on the statute-books,” the report continued, “the manufacturers will find themselves in a position where, without detriment to themselves, they can all unite in giving up the practice.”

Wiley underlined the point in the letter to Coleman that served as the preface to the spice report: “The necessity for some means for the suppression of the present universal sophistication of spices and condiments seems urgent.” Richardson was so disgusted by his findings that he asked to be transferred to another line of research and spent the next years analyzing seeds and grasses. 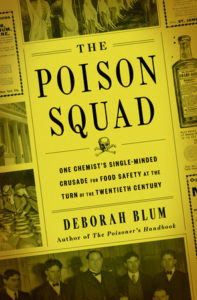 Deborah Blum is director of the Knight Science Journalism Program at MIT, and publisher of Undark magazine, (undark.org). In 1992, she won the Pulitzer Prize for a series on primate research, which she turned into a book, The Monkey Wars. Her other books include The Poisoner’s Handbook, Ghost Hunters, Love at Goon Park, and Sex on the Brain. She has written for publications including The New York Times, Wired, Time, Discover, Mother Jones, The Guardian, and The Boston Globe. Blum is a past president of the National Association of Science Writers, a fellow of the American Association for the Advancement of Science, and a lifetime associate of the National Academy of Sciences.

How Abstract Mathematical Logic Can Help Us in Real Life

Boomers vs. Millennials, in Fiction and in Life 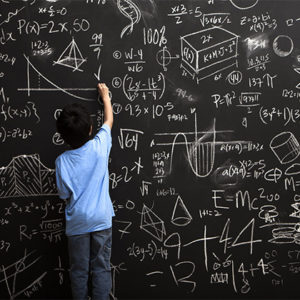 How Abstract Mathematical Logic Can Help Us in Real Life

The internet is a rich and endless source of ﬂawed arguments. There has been an alarming gradual increase in non-experts...
© LitHub
Back to top
Loading Comments...