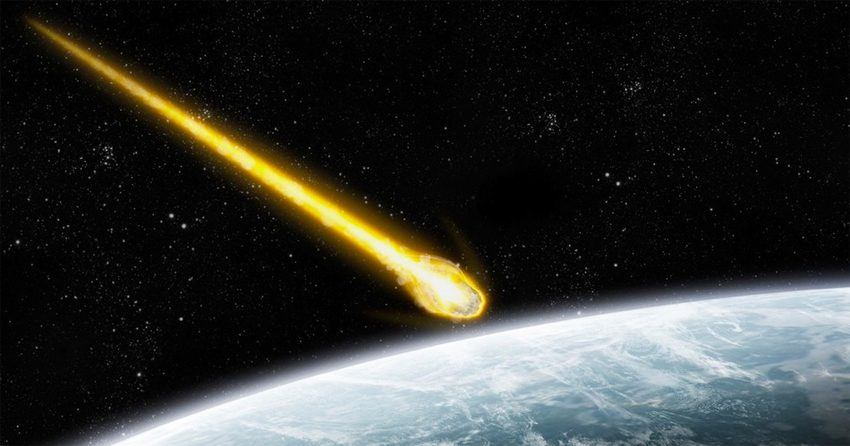 On Leaving the Church and Finding a Haven in Science Fiction

I grew up anxiously awaiting the apocalypse, a taste of ashes in my mouth. I dreamed about the time when the earth would burn. Because that would mean that I was right. Maranatha! (Translated as “Come, Lord!” and “make room for the Master!”) was a phrase the adults around me sang out, a command, a declaration. Newspapers, record labels, coffeehouses were given this name for the hope that Jesus’ Second coming would be soon. This urgency and bossiness was brought on by the idea that we were persecuted, like the early Christian church under Roman rule. The End Times were something to look forward to. People might think we’re crazy now, they might make fun of our beliefs, but just wait until the Rapture happens and they’re left behind to be consumed by flames.

Apokalypsis in Greek means “uncovering” or “revealed.” Apokalypsis loannou, John’s Revelation, is the last book of the New Testament. “Behold, I am coming quickly, and my reward is with me to render to every man according to what he has done,” (Revelation 22:12). I oscillated between dread and desire anticipating my just deserts. Depending on where I was at in the cycle of repentance and sin, I could ascend into early heaven with JC or be left behind.

When I discovered science fiction, beginning with George MacDonald and C.S. Lewis, following that apocalyptic scent of despair and hope, I didn’t know that this literary genre traced its roots back to ancient Babylonian and Judaic societies. L. Michael White writes that apocalyptic thinking has been called “the child of prophecy in a new idiom.” My reading transitioned from Isaiah and Ezekiel, Old Testament prophets, to Mary Shelley and Octavia Butler, modern oracles. The worlds they built reflected what I felt were emotional truths about the viciousness of society, especially what I experienced as an adolescent. Junior high was a long two-year lesson in alternate reality thrashing under the surface of polite society.

Does this obsession with post-apocalypic stories stem from the same impulse as my junior high revenge fantasies? Those daydreamed moments where I am a superstar (with large and powerful hair) and all of my junior high enemies see me and worship me and beg my forgiveness for hocking loogies on my locker and saying it was jism? And every mean girl now wants to be my bestie because I am lit up on a stage? I ignore their satisfying screams and invite my little sisters, who were generally kind, to be my backup dancers. Now those jerks can see how awesome my family really was, after they mocked our hand-me-down clothes and little old house and scabby station wagon. Clearly, I had a large chip, of some collapsed building, on my shoulder. I come from a long line of disaster tourists of dystopia.

Post-apocalyptic fiction reassures me that the endless worst-case scenario parade running the hamster wheel of my mind is not just “anxiety.” Read the newspaper, look around the planet. Everything is not going to be OK. Elijah is not coming to carry me home in his fiery chariot. The oceans rise and in my nightmares the only escape is to evolve wings. Post-apocalyptic fiction helps process fear, fear grounded in reality.

“Air travel shapes our epidemics” science writer Sonia Shah points out in her non-fiction book Pandemic. Human society will be disassembled by antibiotic-resistant pathogens spread rapidly via flight networks. Emily St. John Mandel writes about one possible future world, post-pandemic flu apocalypse, in Station Eleven, where a few texts from Before are TV Guide, King Lear, and two copies of a comic book called Dr. Eleven. Most of the population is wiped out within weeks, ending the world as we know it. The story moves between Before and After. As the catastrophe unfolds, one character, Jeevan, barricades himself and his brother in their apartment.

“It’s like those disaster movies,” he’d said to Frank […] on the third or fourth night […] “You know […] in the movie version of this there’s the apocalypse and then afterward–”

“What makes you think we’ll make it to afterward?” Frank was always so goddamned calm about everything.

What made me think I would make it to afterward? My American Exceptionalism? When I read apocalyptic fiction, as when I read Revelation in the bible, I identify with the survivors, the quick and clever warrior and knife-throwing badass actress, although, if I were to somehow survive with my terrible eyesight and lack of any appreciable practical skills, I would be more like the character Clark, living for 20 years in the airport where his flight was grounded, curating an accidental museum of obsolete technology. But, most likely, I’d turn up as one of those skeletons waiting in a long, silent line of rusted cars on the cracked highway.

The After world is without electricity, the Internet, or gasoline. A ragged band of survivors assemble a traveling music and theater company, mounting Shakespeare’s plays at various encampments throughout the devastated landscape. This world resembles the Dark Ages: violent, superstitious, bleak. During Shakespeare’s time, the Bubonic Plague, or Black Death, decimated a quarter of the population. King Lear refers to the plague when describing his eldest daughter, Goneril:

But yet thou art my flesh, my blood, my daughter;
Or rather a disease that’s in my flesh,
Which I must needs call mine: thou art a boil,
A plague-sore, an embossed carbuncle,
In my corrupted blood.

What daughter does not watch Lear and think of her father? In my childhood dreams of apocalypse, the burden of being the oldest weighed upon my subconscious. I try to do the right thing, try to save my family from the rising floodwaters, yet somehow wind up killing my dad. And then I grew up and left the faith of my family, my doubt a disease that corrupts the body.

Biblical references allude to infectious disease as a harbinger of end times. Pestilence is one of the Four Horsemen of the Apocalypse in Revelation. He rides with a quiver full of germy arrows and shoots them to disseminate disease. Revelation 6:7-8: “They were given power over a fourth of the earth to kill by sword, famine, plague, and by the wild beasts.” A prophesy fulfilled again and again throughout human history with pandemics. Did Shakespeare wonder if it was the end of the world when theaters closed, due to plague outbreaks?

How do you write entertainments while staring down apocalypse?

In the face of immanent collapse, we distract ourselves with celebrity, as Mandel notes in Station Eleven:

There was a moment on earth, improbably in retrospect and actually briefer than a moment in the span of human history, more like the blink of an eye, when it was possible to make a living solely by photographing and interviewing famous people.

Even as the world ends, Jeevan’s brother continues to ghost write a celebrity’s tell-all memoir. In the face of reality I continue consuming fossil fuels, eating delicious cows and using Ziplock bags. As a kid anxiously awaiting the End Times, I vacillated between worrying about souls who had not been washed in the blood of the lamb and an intoxicating self-congratulatory preemptive martyrdom.

In the novel’s final standoff, an actress, who played a young daughter in the last production of King Lear Before, now faces a ruthless Messianic cult leader. As he prepares to kill her, he quotes from Dr. Eleven, which she recognizes, then uses to try and speak in a common language with him.

“We long only to go home,” Kirsten said. This was from the first issue, Station Eleven. A face-off between Dr. Eleven and an adversary from the Undersea. “We dream of sunlight, we dream of walking on the earth. […] We have been lost for so long.[…] We long only for the world we were born into.”

The characters refer to the comic book the way we refer to religious texts, or Shakespeare. This scene exhumes the deep schisms in textual interpretation. Kirsten, the itinerant actress, reads this comic for 20 years and wants to know more about the anonymous author, more about the story, more about the people who read it. The Prophet uses the comic to construct a cult and justify violence.

He pairs this with Revelation, a classic go-to text of the paranoid, and an obvious choice for someone who has witnessed the fall of civilization. All the horror it predicted came about. Yet he is not satisfied.

The persecution complex I developed as a white, middle-class Christian American adolescent alarms me now as an adult. My beliefs were comparatively widespread, yet I managed to flip this, aided by the hormones of puberty, into an experience of alienation. Does this sound familiar? I am not here to invalidate feelings of disenfranchisement, or wag a finger at Trump supporters who perceive change as oppression. Well, maybe I am. I would like to examine this sense of victimhood. It is true: junior high was hell, middle school continues to be a pivot point of powerlessness, America’s income gap is at an all-time high. However, white Christians are relatively well-protected in America.

I knew it was time to leave the church when a popular preacher claimed the AIDS epidemic was divine punishment for immorality, a la Last Days Mr. Pestilence Horseman of the Apocalypse. Priests rang the same alarm bells back in Shakespeare’s End Times. Antibiotics were born in the 1940s. Thanks to overuse of these wonder drugs, by the 1980s pathogens evolved that couldn’t be tamed by our all-powerful medicine. 40 years. In the whole of human history, our dominion over pathogens was the blink of an eye.

We are not in control here. Here we are again, at the edge of some new yet familiar precipice.

Rachel Kessler is a writer based in Seattle, Washington. An avid collaborator, she is a founding member of the Typing Explosion and the Vis-à-vis Society as well as LOCCAL (League Of Citizens Concerned About Literature). She has written about eating and hair removal for The Stranger. Her text-based visual art has been featured in The Open Daybook and Sea-Cat, and her poems have appeared in Poetry Northwest, The Monarch Review, and The Far Field. Her collaborative poems have appeared in Tin House, TATE, and USA Today.
http://rachelkessler.org/

Gone With the Mind 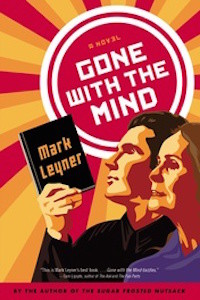 Gone With the Mind

On May 28, 2013, I tweeted: Spent the weekend just wandering around outside, caramelizing things with my crème brûlée...
© LitHub
Back to top
Loading Comments...