When I’m Writing Fiction, I Cannot Read It

My second novel, Shining Sea, came out in paperback last month. In the year between its hardcover and paperback releases, I did the required work of promoting the novel, wrote a number of short and long-form nonfiction articles and op-eds, and began researching and making notes for a new novel.

I also read like a coyote loose among sheep. I devoured recent releases, explored and fell in love with a whole new genre, graphic novels—after cramming into a taxi with a group of riotous graphic novelists at the Miami Book Fair, and consumed huge chunks out of my to-be-read pile. I re-read every book I own by Willa Cather, which is pretty much every book by Willa Cather. Because I was traveling to Uganda, I consumed any work of fiction or creative nonfiction related to Uganda that I could get my hands on. I strolled into bookstores and strode back out with books recommended by a bookseller.

In October, after a final loop through California, all of my scheduled book touring for Shining Sea will be done. As much as I enjoy visiting bookstores and meeting readers, I look forward to settling down to the nitty-gritty of my new novel, closing my office door to the world, and turning the notes and random pages and research I’ve amassed over the past year into a carefully crafted whole.

Does this mean my fiction-reading streak will have to end?

For a period of time while I’m working on a new manuscript, novels by other authors—other than ARCs that have been sent to me for blurbs and fiction by friends to critique—disappear from my bedside table. It’s not that I won’t still read for pleasure; I feel I have to read daily, especially before I go to sleep at night.

But while I’m developing the voice of a book, I don’t want to hear someone else’s fiction cadences. Nonfiction titles, poetry, and periodicals take the place of novels for me. At various moments while writing Shining Sea, I read books by or about a WWII Japanese prison camp survivor and a Pacific Ocean surfer, John McPhee’s The Crofter and the Laird: Life on an Hebridean Island, and Homer’s The Odyssey—books, in other words, which I might have read for pleasure but whose cadences (or at least those of a character in them) I did want to catch.

I’m not alone in sticking mostly to reading nonfiction (or poetry) when I’m deep in the writing process. Ramsey Hootman, author of Surviving Cyril, and Allie Larkin, author of Stay and Why Can’t I be You, for example, both say they do as well. Some novelists, though, seem to have no trouble keeping their reading and writing worlds simultaneous and apart. “I always read, even when I am in the thick of my own work,” Marcy Dermansky, whose third novel, The Red Car, came out last year, says, “because I need to be reading. It would be too bleak not to be reading; it takes a long time to write a novel.” Elizabeth Silver, author of the novel The Execution of Noa P. Singleton, and Pamela Erens, whose third novel, Eleven Hours, also came out last year, both say that they too read what they want when they want. Erens explains, “I read compulsively while writing fiction . . . I really need to be fed by other waters.”

Stuart Nadler, whose second novel is The Inseparables, also reads while writing—but with exceptions. He will “try to avoid anything that might feel too similar to what I’m writing about, or anything that I suspect is bound to make me anxious about all the various things I’m doing wrong in my own novel.” Systematically avoiding reading fiction similar to one’s own seems a common compromise among other authors. “Sometimes I can’t help myself,” Emily Holleman, author of The Fall of Egypt series says. “But . . . no historical fiction when writing historical fiction.”

For me, though, at least during the intense period of creating a first draft, reading outside my genre isn’t enough. I don’t want to hear anyone else’s voice. In truth, I am not really interested in other people’s novels. I’m not one of those readers who will have a couple of novels going at once. When I read a novel that speaks to me, I belong to its world. Leading a double life between that in a book and my real-life family is enough of a trick, without adding additional book-worlds. Writing my own novel is no different. When I’m in the thick of it, I’m in its world.

Liz Kay, whose debut novel, Monsters, appeared last year, sums up my own feeling well: “When I’m really deep, deep in a project,” Kay says, “I care about almost nothing beyond the novel. The only thing I can compare it to is the experience of falling into a novel as a reader and not wanting to put it down to sleep or eat or anything.”

The irony of not being able to do the pastime I love, not even wanting to do it, because of the work I love, when they are so closely related, isn’t lost on me. I do listen to people talk about books that are new and sound interesting and feel a twinge of yearning. But I’m not a critic and don’t need to read any book at any given time. I keep a list of all those want-to-read books for when I’m ready to investigate them. It’s a price, but not an enormous one to pay for the privilege of being a novelist.

The big price would be if being a novelist interfered with the pleasure I derive from reading other people’s fiction. What if having become a novelist and all that comes with it—the increased knowledge both of craft and business—were to interfere with the ability to fall into novels?

There is disquiet in thinking that becoming a novelist could compromise the innocent pleasure I once took in being on the receiving end of storytelling. But life, regardless, changes us as readers. Recently I returned to Vanity Fair by William Makepeace Thackeray, a book I loved as a disaffected teen so much that I took my yearbook quote from it. What an ungenerous person, I now thought! How black-and-white these characterizations! The pages still held much to admire, but I was not sad to turn the last one.

More and more I find myself setting books aside to finish reading “another time” because they’ve lost my interest—something I never used to do. A couple of times I’ve actually flung a book away, something I can’t recall ever having done in the past, not even when I was younger, more impetuous, and more apt to throw other things across rooms.

Might my newfound impatience be related to the fact I’m no longer selecting what I read purely by natural attraction? Nowadays, it’s not just a description or opening page that grabs me; I’ll also occasionally read a book because a lot of noise has been made about it. Or I’ll read something because I’ve met or will meet its author at a publishing function, or someone in the industry sent it to me.

Writing his first novel, Your Heart Is a Muscle the Size of a Fist, Sunil Yapa says, definitely changed him as a reader. “I found it impossible to ‘read’ a book for pleasure because I was always stopping to examine the syntax and the diction, the form and sound of the sentences. Which isn’t to say it wasn’t pleasurable. Reading deeply is intensely pleasurable . . . the more you look the more you find. And the deeper you go the deeper the reward.”

Likewise, Rumaan Alam, author of the novel Rich and Pretty, says, “I find I can still lose myself in reading when I’m not wholly, actively writing; reading, still, is my greatest private joy—but I suppose it’s fair to say that I read slightly more keenly, as a predator, as a thief.”

Becoming a novelist has made Cristina Alger, whose third novel, The Banker’s Wife, comes out next July, a more forgiving reader. “I’m more impressed now by debut authors who have a real sense of voice,” she says.

In the years since I’ve become a novelist, the change in my own reading may be that my standard for falling into books is somehow higher and the occurrence rarer. When I’m engrossed in a book, though, I still belong to that book. I’m like the best audience member at a magic show. I believe everything and forget all about looking for the sleight of hand. When I do find that magical novel that makes the rest of the world disappear, the pleasure I derive from it—the awe that brilliance in fiction inspires–is heightened by my intuitive knowledge of just how rare and exquisite it is to achieve.

"I Didn't Want to Write Another Dead-Mother Memoir" 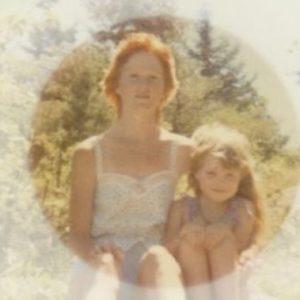 "I Didn't Want to Write Another Dead-Mother Memoir"

Sarah Perry's After the Eclipse is a journalism-memoir hybrid that chronicles the night of the murder of Sarah's mother,...
© LitHub
Back to top