“I Didn’t Want to Write Another Dead-Mother Memoir”

Sarah Perry’s After the Eclipse is a journalism-memoir hybrid that chronicles the night of the murder of Sarah’s mother, Crystal Perry, and the aftereffects of this harrowing event. Perry combines social analysis and meticulous research with lyrical writing to create an impossible-to-put-down work. Perry avoids the navel-gazing of many memoirs and the “who-done-it” seduction of standard true crime narratives.

I was fortunate to meet Sarah as a graduate writing student; we’d both lost mothers at the same age, and I was drawn to her and her story. I saw the huge effort her book required, but also her relentless tenacity; I think few people in our program were untouched by it.

This summer, seven years later, I joined Sarah on a rooftop in our neighborhood of Crown Heights, Brooklyn, to discuss the realization of her first book. We talked misogyny and mass violence; “murder mind;” writers Rebecca Solnit, Maggie Nelson, and Truman Capote; and the current appetite for the “titillating pay-offs” of “who-done-it” narratives, as well as the false sense of security they promote.

Melody Nixon: After the Eclipse is as intimate as a memoir but has a substantial research component. Why go the route of journalism and not rely solely on memory for this book?

Sarah Perry: It’s really important to me that the book not just be another sad story about a mother who died. I also want the book to be useful. I want it to have relevant application to the actual world. It needed to be as true as possible so that I could make real points about gender-based violence, and how this crime came about.

As dramatic as the details of the crime are—really every single detail is dramatic; the judge who tried the case said that it was one of the worst he’d ever seen—violence against women is not rare, so it was really important to me that this be generally applicable. I didn’t think that was going to happen if I just relied on my own memory.

MN: As I read I thought often of Rebecca Solnit’s essay, “The Longest War,” in which she details the minimum 20 percent of women in the US who have been raped in their lives, the victim-blaming that results, and the toxic masculinity that underpins it all.

How much of your story is a story of misogyny in America?

SP: This crime was conveniently the horror movie “random.” It was not a domestic violence situation, and it was especially brutal, so it’s very easy for people to conclude that the murderer is a monster. That he is this aberration.

But who do they think is perpetrating all these crimes? Do they think none of them have social contacts? Or, friends? Or, family?

When I would read people’s interviews with police, and when I would become privy to the occasional comment in the media once they discovered who the murderer was, I would see there was a real desperation for people to separate day-to-day misogyny from a crime like this. People were very eager to say, “We’re so shocked. He’s such a nice guy.” You are really shocked by this nice guy who had threatened to kill his wife over and over?

I think people feel their own social complicity when they continue to be friendly with people with these sorts of attitudes, who exhibit these sorts of behaviors. Then, they become desperate to absolve people that they’re connected with.

MN: We’re willing to overlook the misogyny in gender-related homicides like this one?

SP: Yes. One of the points working on the book that was hardest, when I became most angry, was the Santa Barbara mass shooting in 2014. Here was a young man who had been sexually turned down by a lot of women. He posted these rants on Facebook about how he deserved them. He had a particularly long, “well thought out” manifesto, about how he had never received sexual favors from these women so they deserved to die.

That one was really difficult to deal with. Although, it was weirdly gratifying to see him as part of the national conversation, because he was so very clearly making the connections for us. Because he was so extreme, he made visible that which is operating under a lot of these violent crimes.

MN: He made subtext text.

SP: Right. This attitude of entitlement that is the crux of toxic masculinity. If you are a real man, you do not question that entitlement.

MN: How do we deal with this? Ways forward?

SP: I feel very strongly that we need to be more vigilant in the day to day and really not brush off misogynistic comments that people make. It becomes really exhausting that we are still having this conversation about, “What was she wearing?”

MN: You had to deal with violent, often very graphic content while writing this. How did you get through that?

SP: It was very hard. Though I tend to be resistant to the idea that something is too emotionally hard, I think there were a lot of times where I pushed a little too far, or I got too into my journalist mode: going through records, or calling up people that I was not excited to speak to. Making myself vulnerable psychologically sometimes—and sometimes arguably, physically, when I was driving around by myself back in my hometown, where I would feel exposed.

Eventually I became less stubborn, I got a better barometer on how far was too far. I would be on a roll about something and I would think, “Okay, you’re getting a little overwhelmed. You are starting to feel a little numb, and detached from this.” When that would happen I would stop working, and within the next hour I would start feeling really bad. Feeling that like, creepy dark dysphoria feeling.

SP: Yes; the darkness feeling. Maggie Nelson writes in The Red Parts about “murder mind”; there’s a really strong image where she is sitting at her desk, I think in Connecticut. She is seeing her own reflection on the black window. The moment I read “murder mind” I became unable to determine whether I had previously thought that phrase in my own mind, or whether it was just resonating with me so strongly.

So I had the idea of, “Oh you’re slipping into the murder mind space, you need to like, back off. Even if you feel like you are on a roll with writing the scene.”

MN: There needs to be time for your psyche to catch up with what you’re doing?

SP: Yes. I would do things to come back to my own daily life. Like, go to a museum with a friend, or have some drinks with people and not talk about writing at all.

MN: This is a work of journalism (and of emotion) that employs literary nonlinearity. In line with the temporality of the title, you have “before” and “after” sections, which span big jumps in time. Why choose a nonlinear structure?

SP: The biggest original aim for the structure was to avoid the demands and titillating pay-offs of the who-done-it? narrative, which really pulled at the story—of course, it was a force that I was constantly working with and against. There are real benefits to that structure in that it’s very engaging and it’s very easy to keep people with you, suspense wise. But, I really did not want this to be just another true crime narrative, that people descended into and then, you find the killer, then there is the answer and, “Yay, I’m safe.”

That is not true in the world. This story has a happy ending when I die peacefully in my sleep. Until then, who knows? Women are still very at risk in this society.

MN: The who-done-it narrative gives a false sense of security.

SP: Yes. And I really did not want to provide that satisfying ending where people digest these true crime things and then they move on to the next one. They watch 12 episodes of SVU in a row. I wanted it to be a little more engaging than that, and to try to criticize that in the actual form of the thing.

MN: To this end, you resist writing in depth about the murderer. Can you talk about this decision to focus the book on your mother, and not on him?

SP: I think the impulse to focus on the murderer is to answer the question, “Why?” I really suspect people want to get an idea of who this person was so they can determine why he did this thing. So they can say it is an idiosyncratic, crazy thing that happened. I do not think the, “Why?” is answerable; I do not think he knows why himself. That is the road to craziness—to try to get into his head.

But, I would think about going to interview him. I talked to a couple of cops and they both said they were pretty confident that if I asked to speak to him he would agree.

MN: You write that you decided not to, because you weren’t sure of your intentions: were you seeking answers, or trying to get a good scene for the book? With reference to In Cold Blood: it was a Truman Capote-like bind.

SP: I thought about Truman Capote so much. A very close friend and colleague and I referred to it as The Truman Capote Question. It is a seduction, even if it’s your own. I find that really ethically complicated. When people are seduced by stories that they are not personally involved in, it makes me really sick. But when I am doing it to my own life, I cannot figure out if it’s more or less forgivable.

Ultimately, the idea of talking to Hutchinson just seemed too complicated. I also had to not be stubborn and think I was all-powerful—he could have told me some sort of lie that made me feel really messed up.

I really did not want it to be about him, because he is like a cipher, he is a symbol.

SP: In my head I always wanted it to be Crystal’s story; I did not want it to be my story. I felt very uncomfortable with the notion of: “I am a mourner writing this memoir. Here I am, another daughter writing a sad book about her mom.” I wanted to be more original than that.

SP: I think the more interesting story is Crystal’s life, and how it ended, and what we can take away from all of that.

Sarah Perry’s After the Eclipse is available now from Houghton Mifflin Harcourt.

Melody Nixon is a New Zealand-American writer, editor, and PhD Student in the History of Consciousness program at UC Santa Cruz, where her work focuses on race in contemporary U.S. poetry.
https://www.melodynixon.com

The Mess We're In: On the Inevitability of Post-Cold War Chaos

When I'm Writing Fiction, I Cannot Read It 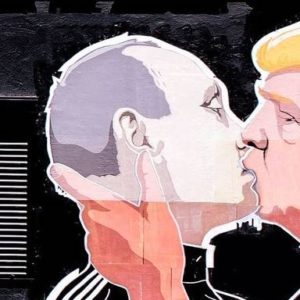 The Mess We're In: On the Inevitability of Post-Cold War Chaos

If the United States won the Cold War, as I think it did, then the Soviet Union, or rather Russia, lost it, and lost it big....
© LitHub
Back to top