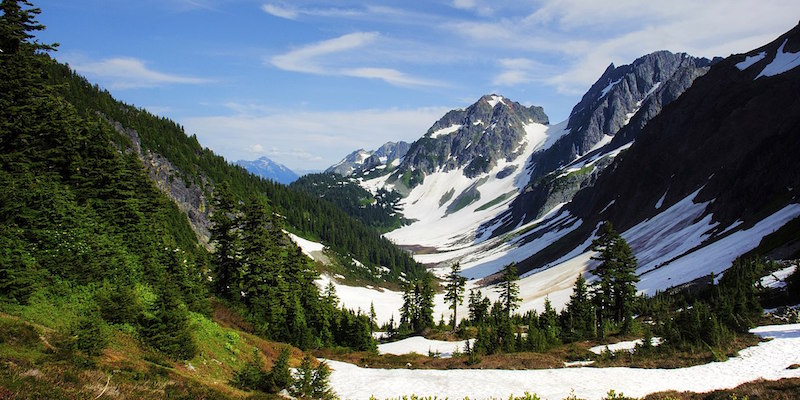 When an Avowed Helicopter Parent Writes a Novel About Imperiled Children

Jonathan Evison Walks a Mile in His Characters’ Shoes

When I write a novel, my goal is to get out of my own way and give myself to the characters, which can make it both a painful and revelatory process, but one that always leaves me feeling more expansive. Invariably I feel like I come out the other end an improved, more experienced person somehow—a better husband, a better dad, a better friend—having learned lessons and overcome obstacles, not just on the page, but in my heart and mind, as though I had lived the experience of the novel myself. For the whole enterprise to work, I’ve got to allow myself to be vulnerable. This is where things got sticky writing Legends of the North Cascades.

I have three kids, ages 3, 8, and 11, and I’ve been a helicopter parent since day one. That’s me, walking behind my infants and toddlers as they climb, then crawl, then waddle up staircases; that’s me, standing below my grade-schoolers, ready to catch them when they’re scrambling up trees; that’s me, riding on the outside anytime we’re biking around traffic (even the mere possibility of traffic); that’s me, barely out of arm’s length in the swimming pool. Make no mistake, I want them to experience life to the fullest, and be independent and adventurous, and discover things on their own, and I want them to take risks—once they’re adults.

I’d like to think I’m not suffocating about it. I go out of my way to offer them extraordinary experiences and opportunities; I don’t try to influence their every move, or discourage them from exploring the world. Still, I keep my eyes peeled for trouble at all times. I’ve seen firsthand how quickly accidents can happen to young people and the irreparable damage they can do: I lost my sister on her 16th birthday in a freak car accident. At the same time, I love adventure stories. Having grown up on a heavy dose of Jack London’s Yukon, I always wanted to write a novel with a rugged, northern setting, and I have dabbled there in the past, such as in portions of my 2011 novel West of Here. But Legends offered me the perfect opportunity to fully immerse myself in a frozen wasteland, to virtually experience the thrill and urgency and peril of isolation and survival in a brutal environment, and to explore how these extraordinary circumstances might test the love and trust of a parent and a child.

I see every character as an opportunity for growth or understanding, or even as a sort of preparation for what may come in my own life.

Thus, the toughest thing about writing Legends of the North Cascades was imagining situations where children were in peril, particularly the protagonist Bella, who at the behest of her father is forced to live in the perilous backcountry of the North Cascades, and N’ka, who faces even more menacing perils living in isolation with his mother in the late Pliestocene. Like my own kids, Bella and N’ka are precocious, extremely thoughtful, and empathic, and both tend to take the world a bit personally at times. They ask the questions and say the things my kids might say or ask. They’ve got active imaginations and voracious curiosities. But unlike my kids, Bella and N’ka were born into a lousy situation, one that keeps getting worse, forcing them to confront things beyond their years, and as a result they’re compelled to start acting like adults long before they should ever have to.

Likewise, I shared a lot of things in common with Dave in the way of passion, yearning, and disillusionment, and especially in his intense love and sense of responsibility for his child. But as an Iraq combat veteran of three tours who has recently lost his wife, Dave’s baggage is heavier than mine, his situation much more dire than my own, and it gets progressively worse, in part by his own doing. Who knows what decisions I might make under the same circumstances as Dave, suffering trauma, irredeemable loss, financial ruin, and constant physical peril? That’s what I wanted to find out.

For Dave, moving off the grid and dissolving an alliance with society—one that he already deems damaged beyond repair—seems like a solution, a chance at a more authentic life for his daughter and himself; a life of connection and meaningful consequence. But living in a cave in the high country of the North Cascades under the constant threat of danger, and the mounting pressures of an outside world that refuses to leave him alone, only exacerbates Dave’s trauma and isolation, and by extension, Bella’s.

It was heartbreaking living inside Dave and Bella under such circumstances. Without the buffer of humor that I often employ when writing painful truths, the experience was emotionally exhausting. Some days I just wasn’t ready to get out of my own way and give myself to Dave. Inhabiting Dave meant stripping away my own defenses and facing his dilemas on his terms, and that included acknowledging the limited options that he saw available to himself as he exercised a judgement frequently clouded by desperation and trauma. This was not a pleasant place to be immersed 12 to 16 hours a day, three days a week. But the light that carried me through was the same light that saved Dave and Bella: their fierce love for one another, their dependence on one another, their unshakeable faith in one another despite how bad things might get.

While the novel is unquestionably an adventure story, at its core it is the story of the love between parent and child, a love that is tested at every turn. And so it is with Dave and Bella’s ice age counterparts, S’tka, the young mother, and N’ka, the fatherless child as they try to eke out an existence alone in an icy world that seems intent on forsaking them.

I wrote Legends of the North Cascades in 2018, so when I chose self-isolation as a theme, I didn’t expect what was coming for all of us in 2020. I’ve always written about self-isolation, which offers a great dramatic construct, one that pits the fundamental conflicts of self versus humanity, individual versus collective, alone versus together. From a craft standpoint, the more conflicted the characters, the more dramatic possibilities I have to work with, and the more possibilities the characters grant me, the more opportunities I have to complicate the drama, raise the stakes, and drive the narrative. For me, the conception of story arc and character arc are one in the same, so it is this internal conflict that matters most of all.

Fiction may be the single greatest empathic tool humanity has ever devised. Nothing asks you to walk a mile in somebody else’s shoes more intimately and exhaustively than a novel. Personally, I want to unlock the multitudes that we all contain. I see every character as an opportunity for growth or understanding, or even as a sort of preparation for what may come in my own life.

Because of Dave and Bella, S’tka and N’ka, and the brutal and unforgiving forces that shaped, tested, and ultimately saved them, whatever obstacles life might throw at me as a parent going forward, whatever circumstances fate might ask me to navigate to ensure the well being of my children, I feel more prepared than ever to face them. 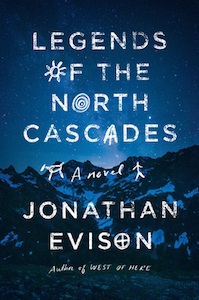 Jonathan Evison’s Legends of the North Cascades is available now via Algonquin.

Jonathan Evison is the author of the novels All About Lulu, West of Here, The Revised Fundamentals of Caregiving, This Is Your Life, Harriet Chance!, Lawn Boy, and Legends of the North Cascades. He lives with his wife and family in Washington State.

On the Weaponization of Language in a Traumatized Nation 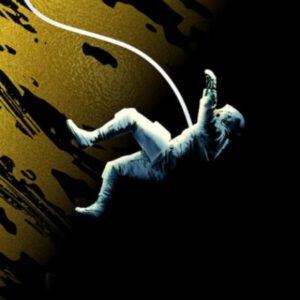 A story about an alien invasion typically revolves around diplomacy, military strategy, technological one-upmanship, and brinksmanship....
© LitHub
Back to top
Loading Comments...