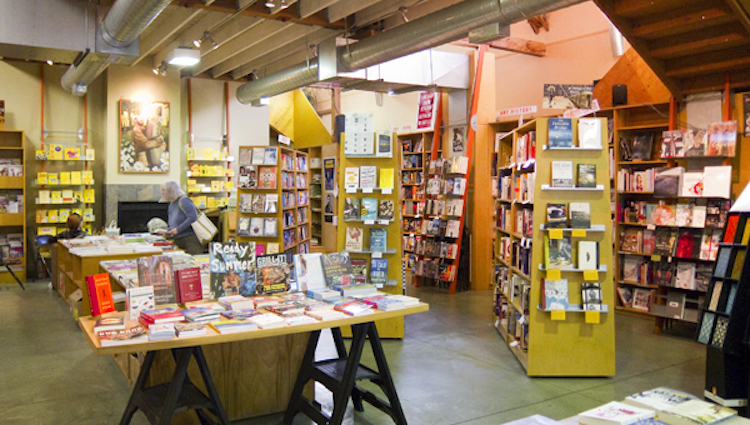 When a Bookseller Tries to Buy a Bookstore

Five Questions for Brad Johnson, Who Might Just Live the Dream...

Brad Johnson, a bookseller at Oakland’s Diesel Bookstore, is poised to take over ownership of the store, to be renamed East Bay Booksellers. There are just a few days remaining on the Indiegogo campaign to help with the transition, so we thought now would be a good time to ask Johnson a few questions about moving from bookseller to store-owner.

The crazier thing for me would be not to do it. I kind of like the fact that while there isn’t much money in this business for its employees, neither is there for the employer! This should, when it works, lend itself it to everybody looking out for one another. Independent bookstores are one of the few places remaining where the scale is such that it can be an example of a marketplace not built on the sort of soulless capitalism now considered sane. It helps that what we’re selling are as much ideas—about love, fear, hope, and all those other things at once more specific and general than the circumstances attached to them—as they are the paper-and-glue physical objects. All this is to say, maybe I am a little crazy after all.

Who are your bookstore-owner idols and/or role models?

There are so many. First and foremost, the people who hired me at Diesel Bookstore here in Oakland, Alison Reid and John Evans. I’ve never worked with people whose very leftist political ideals informed their business practices. I wasn’t sure it was actually possible! And yet I’ve seen especially their commitment to their employees. Whether in terms of days off and scheduling, the pursuit of passion projects in the store, or in mental health during the holiday rush, the folks on the front line always seemed the most crucial thing.

Stephen Sparks (formerly the manager and buyer at Green Apple Books in San Francisco, now co-owner of Point Reyes Books) has become a very good friend of mine, but I’ll risk embarrassing him, too. The guy is a rock star bookseller, and has an impeccable eye for the off-beat book that can sell if simply given the chance. We agree, and talk often, about how bookstores need to keep challenging themselves to be more bold about what they buy and display.

And, of course, Paul Yamazaki (buyer at City Lights Books). He’s clearly amazing at his job, but maybe less known is how supportive he is of young booksellers. There have been times I’ve been at a bar with him talking about something like returns, and it’ll hit me: THE Paul Yamazaki, who barely knows me, actually asked me my opinion about something.

What would you do if you weren’t doing this?

Honestly, I’ve no clue. Something would come up, I’m sure. Bills have to be paid, after all. Likely running a bar somewhere.

I think it’d be a lot of fun to add a couple bowling lanes to the store. There used to be a bowling alley here after all. How great would that be? The crash of pins and gutterballs as you flip through Proust? Unfortunately, bowling seems to be one of those things that most people really only like in theory.

Maybe a bit less wild, and in the Bay Area it would take more than a million, but I’d love to buy the entire building and turn its rabbit-warren of offices upstairs into a little inn. Traveling authors could stay and read in the store, as well as wandering readers.

I want to have a Library of Resistance. To some extent, that’s the entire store, as most of us are all trying to figure out ways to survive in this current political (and environmental) climate. But I like the idea of a rotating section explicitly aimed at not simply informing but also equipping. It won’t be just heady political science stuff either or radical manifestos. A collection of poetry has the ability to do this. Sometimes an art history book. Even a noir mystery. The section will ideally change each month, which could make for some adventures in shelving and inventory.

A History of My Violence to the Ones I Love 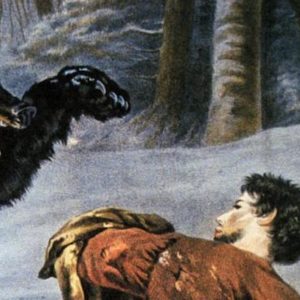 It was the cocktail hour of my wedding. I had escaped and was waiting for a port-a-john out by the woodpile. The bear was about...
© LitHub
Back to top