Whatever Happened to Interracial Love? 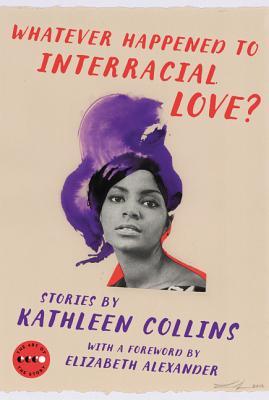 The following is from Kathleen Collins's story collection, Whatever Happened to Interracial Love? Collins, who died in 1988 at age forty-six, was an African-American playwright, writer, filmmaker, director, and educator from Jersey City. She was the first black woman to produce a feature length film.

“Okay, it’s a sixth-floor walk-up, three rooms in the front, bathtub in the kitchen, roaches on the walls, a cubbyhole of a john with a stained-glass window. The light? They’ve got light up the butt! It’s the tallest building on the block, facing nothin’ but rooftops and sun. Okay, let’s light it for night. I want a spot on that big double bed that takes up most of the room. And a little one on that burlap night table. Okay, now light that worktable with all those notebooks and papers and stuff. Good. And put a spot on those pillows made up to look like a couch. Good. Now let’s have a nice soft gel on the young man composing his poems or reading at his worktable. And another soft one for the young woman standing by the stove killing roaches. Okay, now backlight the two of them asleep in the big double bed with that blue-and-white comforter over them. Nice touch.

“Okay, now while they’re asleep put a spot on the young woman smiling in that photograph taken on the roof of the building and on the young man smoking a pipe in that photograph taken in the black rocking chair, and be sure to light the two of them hugging each other in that photograph taken in the park around the corner. Good. Now backlight the young woman as she lifts that enamel counter covering the bathtub and put a little light on him undressing her and a nice soft arc on the two of them nude in the doorway. Nice touch. Now dim the light. He’s picking at her and teasing her. No, take it way down. She looks too anxious and sad. Keep it down. He looks too restless and angry. Down some more. She’s just trying to please him. It can stay down. She’s just waiting at the window. No, on second thought, kill it, he won’t come in before morning. Okay. Now find a nice low level while  they’re lying without speaking. No, kill it, there’s too much silence and pain. Now fog it slightly when he comes back in the evening and keep it dim while they sit on the bed. Now, how about a nice blue gel when he tells her it’s over.  Good. Now go for a little fog while she tries not to cry. Good. Now take it up on him a little while he watches her coldly, then up on her when she asks him to stay. Nice. Now down a bit while it settles between them and keep it down while he watches her, just watches her, then fade him to black and leave her in the shadow while she looks for the feelings that lit up the room.”

From the book WHATEVER HAPPENED TO INTERRACIAL LOVE? By Kathleen Collins. Copyright © 2016 by The Estate of Kathleen Conwell Prettyman. Reprinted by permission of Ecco, an imprint of HarperCollins Publishers.

10 Great Novels on Freedom of Expression That Aren't 1984 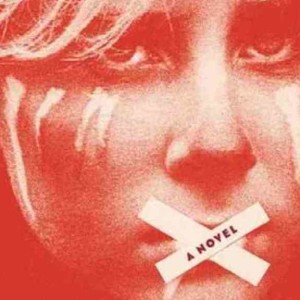 10 Great Novels on Freedom of Expression That Aren't 1984 Recently I spent a while looking through a lot of novels in a New York bookstore. Two words that caught my eye among all the descriptions...
© LitHub
Back to top