On Ideological Purity and a Pragmatism of Hope

Anger leads us to justify the unjust. It’s a phenomenon I’ve given a lot of thought to recently. Maybe the election still has me in shock, and psychoanalyzing the outcome is my version of self-care. But what I’ve been searching for is something—anything—to explain the primal scream that we as a nation collectively made at the polls. An angry populace rejected reason for emotion. In our post-truth world, this is perhaps the one fact we can all agree on. But why did it happen?

There is no shortage of theories: Hillary was a flawed candidate and should never have run. The “bubble” and the “echo chamber” skewed our perspective. Reactionaries behaved childishly, abrogated their civic duty out of petulance and plunged us into a cataclysm. This last one is particularly appealing for obvious reasons. I’m certainly not going to defend a Trump vote, but placing all the blame on the right prevents us from seeing our own culpability. In particular, I’m talking about the role played by ideology and a politics of purity. On the left, we’re quick to boycott businesses and withdraw support from politicians who don’t reflect our values in perfect lockstep. The Bernie-or-Bust movement is a notable example of that kind of purity politics. At times like these, I think it benefits us to examine that impulse. We need to ask ourselves tough questions about our resistance to pragmatic politics while still understanding the inherent power disparity that undercuts an oppressed subject’s position in any negotiation. We must find ways to thrive in an unjust world even as we decry injustice.

Inhabiting that contradiction is something we actually do pretty well on an individual basis. As a novelist, it’s my job to study people. I look for the moments that betray a dissonance between a person’s stated values and their actions. For lack of a better term, we can call these moments hypocrisies. I try not to stigmatize that word because part of what makes a character compelling in fiction is the tension between inner nature and outward expression. We all have a disconnect between what we think and what we say and do. How those variances are reconciled dictates, to a large extent, the manner in which we interface with society. What I’ve learned from watching people over the years is that ideology can be corrosive. A little is healthy. It allows us to navigate our world and enriches daily life. Too much, however, can burn a hole in the fabric of civil society. Picture a beautiful tapestry; pure ideology is the cigarette hole. If nothing else, this election has shown us how ideology (on the left and the right) can not only blind us to lived experiences that differ from our own but also engender a deep animosity toward the other. We break into factions when we should be coming together. The populist upwelling we’re witnessing across the globe is a fundamental rejection of our common humanity in favor of cliques, but so is the nesting doll of identity politics on the left.

I don’t expect equanimity. For many of us, it’s far too early to be magnanimous with our vanquished rivals or to forgive our oppressors—the wounds are still too raw, the pain so many of us feel too urgent—but we can begin to reflect on the advantages of a more fluid environment in which to address our disagreements. I’m neither a politician nor a social worker. I can’t suggest policy changes that will heal our divides or provide coping strategies for weathering the coming difficulties. Yet, as a novelist, I know well the value of asking people to acknowledge their own hypocrisies. No matter how pure we like to think we are, we all bear some level of culpability for the current state of affairs. (You can be anti-child labor and pro-iPhone, to use an easy example.)

Our capacity for change as a society is directly tied to our willingness as individuals to acknowledge the contributions each of us make to the things that we don’t like about the world. My hope as a writer is that literature can exploit those hypocrisies to build a bridge of understanding between our conflicting ideologies. Our stories, in all their idiosyncrasies, model the undisciplined landscapes lurking within each of us. By sharing those stories, we can engender compassion and empathy. The only way we all move forward is by caring about each other. Literature is perhaps our most powerful tool for that job.

Now, I’m not naive enough to believe that literature saves lives. Maybe some will disagree. That’s okay. I hope I’m wrong. At my core, I’m a pessimist and a pragmatist; my reflex is to resist Utopian concepts like faith in humanity and the inherent morality of my fellow man. Instead, I believe people tend towards amorality and that they have to be coaxed to do anything that doesn’t directly benefit them. Literature may be the best tool we have for helping us think about the lives of others, but it’s still just a tool to encourage better behavior. We keep reaching for it because when it works it’s magic. A piece of writing touches someone and spurs them to action.

The story goes that Upton Sinclair’s The Jungle convinced Teddy Roosevelt to regulate the food industry. President Obama has claimed that novels taught him how to be a citizen. I certainly know that literature inspires me to be more understanding. Anybody who knows me well will confirm that I’m quick to anger and slow to forgive, that I have trouble respecting other’s perspectives. Despite my faults, though, I believe in the necessity of compromise and in the efficacy of incremental change. This, more than anything else, is perhaps why I write. So that I can work out my own contradictions and better understand myself. It’s also why I read. A book isn’t going to get offended if I scream at it or savage its ideas. It remains dispassionate. And when my tempest passes, it remains there, waiting for me to reevaluate its content with fresh eyes. I can then cross the bridge left by some other writer so that I may find my way to their truth.

I started this essay by saying that anger justifies the unjustifiable. I return to this point now because I think it’s important to examine another facet of literature’s power through the lens of vengeance. My debut novel prominently features a serial killer. He’s someone who has embraced his anger and values it above all. He has allowed it to warp him with a perverse ideology that insists that everyone not explicitly with him is against him and, therefore, a target. I like my serial killer. He’s probably my favorite character in the whole book. Violence begets violence and is untenable as a sustainable political tactic in the real world, but the beauty of literature is that it doesn’t have to play by the same rules as civil society. A novel is free to be as violent as it wants to be. Because there are no real world consequences to the actions undertaken by fictional characters, literature can give voice to anger in ways that would be unconscionable in the real world.

When I started the book, LGBT rights were imperiled. It seemed that we would never be able to curry enough favor with the heterosexual world to achieve basic equality. These were the dark days of denied hospital visitation rights, of contested survivor benefits for committed partners, of adoption nightmares for same-sex parents throughout the country (and in particular, in Florida where the novel takes place). It’s a world that we’d hoped was buried. After this election, however, it threatens to be exhumed. Viet Thanh Nguyen suggests in Nothing Ever Dies, his book about the Vietnam War, that our humanity is defined by our inhumanity, not the other way around. The inhumanity came first. And it insists on being felt. As an individual, my capacity to resist regression is limited. There are only so many causes I can donate to and so many times I can call my representatives, who are all liberals like me anyway. But as a novelist, I can amplify anger to make a statement. I can turn to my serial killer and instruct him to do his worst. If we can’t have equality then we no longer have any reason to play by society’s rules. We will have anarchy instead. I can draw on the power of inhumanity to illuminate the necessity of humanity. I can justify the unjust as a rallying cry for important causes. Having done that, I can then step back from the edge of nihilism and get down to the work of making incremental progress in the real world.

My serial killer represents the seductive path of anger and inhumanity that leads to political inflexibility. He’s not a pragmatist; he’s an ideologue who insists on purity. At one point in the novel, he reasons that provisional acceptance is unacceptable. Maybe anger and ideology are the inevitable legacy of our inhumanity and pragmatism is the harder, less efficient work of our humanity, but if we’re to bear the weight of the former we might as well find a way to turn it to our advantage with the latter. So as we settle into the fresh horror that will be America in 2017, let’s find ways to draw on our anger in productive ways. Let’s take a lesson from literature and indulge our inner monster. Then, let’s bend that anger to positive ends. Let us recommit ourselves to open-mindedness and idealism, but let’s not neglect to hold ourselves accountable and to acknowledge that living in a pluralistic society requires compromise.

We can’t afford to turn a blind eye to suffering simply because it’s happening to our adversary because the pain we feel and the destructive impulse that it engenders is happening over there, too. The challenge before us now is to find healthy ways to inhabit the contradiction that while provisional acceptance is unacceptable, it is also inevitable. This is how we recover our humanity from our baser inhumanity, how we find common ground with our adversaries, how we become citizens worthy of our ideal society.

Dan Lopez's work has appeared in The Millions, Storychord, Time Out New York, and Lambda Literary, among others. The Show House is his first novel. He lives in Los Angeles. 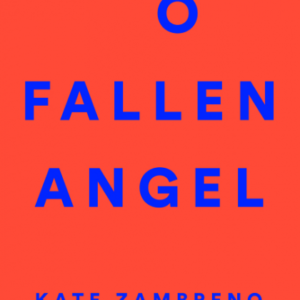