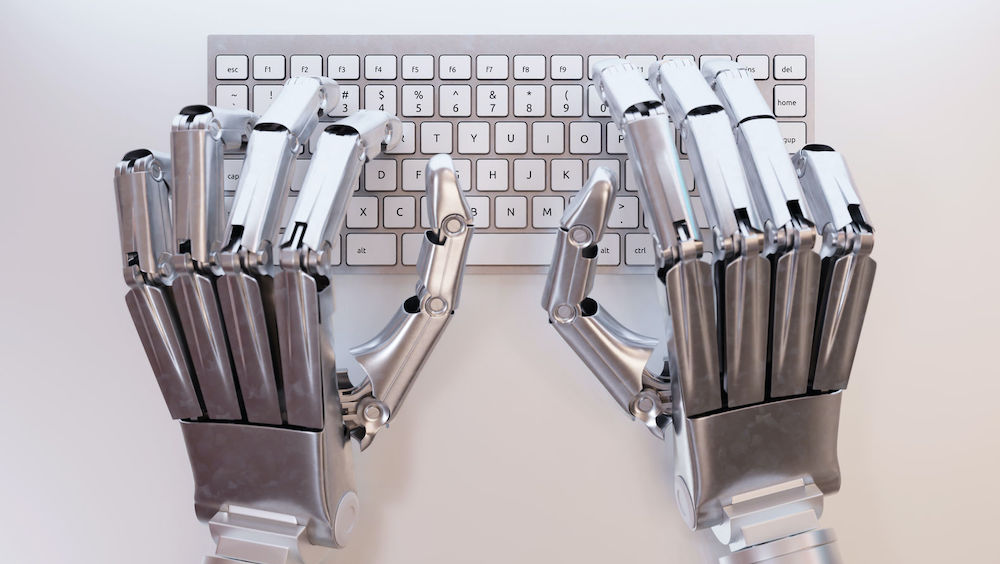 What would an AI text generator do with the first lines of literature’s greatest novels?

Neural networks are getting fancier and AI is getting scarier. And now we have a neural network that can do a pretty credible job writing copy (based on its inputs, of course, and a prompt). So look, I’m fine with using AI-generated replies in email correspondence (I don’t use them, but whatever), but what about fiction? The novels of Tao Lin aside, could a neural network ever really get at that ineffable human quality that animates so much of our cherished narrative art?

I plugged in some of literature’s most iconic first lines (in bold, below) to Adam King’s Talk to Transformer text generator to see what would happen. In some cases, the results are bizarre and bad, but there are definitely a few that would keep me reading. Scroll on for a glimpse of what’s to come (MFA 2040!). (Obviously, I graded the robot.)

Stately, plump Buck Mulligan came from the stairhead, bearing a bowl of lather on which a mirror and a razor lay crossed. There was no light, and the old man looked about him with an uncertain expression. He was an old man; the white hairs on his head stood out like a tuft of hair upon a man, and he had an old face, which was not old in the sense of being wrinkled.

“This is a most fortunate thing, Buck,” said Mr. Micawber, “for you are the only person who might help us.”

C’mon, this is just lazy crossover fanfiction! Dickens in Dublin. No thank you Mr. AI.

There was no possibility of taking a walk that day. It was too dangerous to venture out on the roads.

Hollie, who is a trained nurse, said: “I know how to make up an ambulance when I need to. But not this time. They had no choice. They were stuck. But I was so scared. I didn’t want to get in the ambulance. I couldn’t have done it.”

“They took me to a hotel and said, ‘There is someone at your hospital who wants to see you.’”

“Trained nurse” is a little redundant, but there is an element of suspense building through these lines.

You don’t know about me, without you have read a book by the name of The Adventures of Tom Sawyer, but that ain’t no matter. That book was made by a Mr Mark Twain, and he told the truth, mainly. And you know, there’s a lot in there, which is true, and that’s what I tell my little ones, that that book is a great book.

Now, some people might call that, you know, propaganda. And, that’s, that’s not the book, that’s what I tell them. And, I got one little daughter who’s almost three years old. So I give her, you know, “Tom Sawyer” book, and, and she read it, she liked it. I mean, it made sense to her. I mean, she’s three.

I mean, the source material is tricky, so credit here for getting some of that extemporizing syntax.

It was a queer, sultry summer, the summer they electrocuted the Rosenbergs, and I didn’t know what I was doing in New York.

I’m not the kind of kid that’s going to stay in an apartment. But I wasn’t like most kids.

It was like a whole other world. I had no idea.

It was like a whole other world. I had no idea.

This is fucked up and weird and I kind of like it.

It is a truth universally acknowledged, that a single man in possession of a good fortune, must be in want of a wife. He who has no wife, must be the most miserable of men.

The great, in particular, who are in love with a woman, and want to marry her, are usually the most desirous of being married themselves. There is an equality in this matter, and I shall not endeavour to enlarge it; but I must remark, that this equality, being an evil, makes it much easier for me, who have more to say for my situation, to persuade the less virtuous; or to induce the most virtuous men, to take some steps in their own favour, than to induce the most virtuous women.

What even are you talking about you dumb-ass computer. Canceled.

The snow in the mountains was melting and Bunny had been dead for several weeks before we came to understand the gravity of our situation. I am convinced that I would have been dead a very long time ago, if it hadn’t been for Bunny’s quick thinking and his selfless act of sacrifice for the survival of his family and the entire community.

The other day, I was walking in the woods, in the dead of winter when I heard something moving along the ground. I was scared. I had no idea what it could be. I turned around to see a bear. I had never seen one before. It was about ten feet tall, had dark brown fur and brown eyes. It was staring at me. “It’s coming,” I said to my son, who was playing nearby. “You have to run.”

The rhythm could be improved by varying sentence length a bit more, but I’ve read much much worse (more often than I’d like) from many human writers. I also want to find out what happens.

Many years later, as he faced the firing squad, Colonel Aureliano Buendía was to remember that distant afternoon when his father took him to discover ice.

His father had been at an airshow in the US. A US fighter pilot, Colonel Buendía had taken off and was returning with his two sons. But something went wrong. His plane crashed. He managed to eject.

At the crash site, his father took him to an abandoned church in a nearby town. They were not there long when a small creature materialized at their feet. The creature began to follow the young men.

Well that took a turn—a weird turn… Would read more.

Call me Ishmael. I’m going to go ahead and take a shot of your whiskey and see what happens. Is it ready? I bet you’re wondering where you’re going, aren’t you? Well, I’m going to let you go, but if you don’t leave your booze here I’ll shoot you right through the head, and then you won’t be able to tell anyone about my visit. Are you ready to get down to business, now?

Yes! Let’s get down to the business! Call me ready.

All happy families are alike; each unhappy family is unhappy in its own way.

“What’s wrong with you?”

I think you said what’s wrong with me.

I told you it’s you.

“You have no right to be this way.”

I don’t believe you.

Alt lit is over, man.

“You better not never tell nobody but God. And don’t tell nobody ‘cause then they’d know I was a fucking liar and I’d get arrested.” He was, of course, telling a lie. But he was also saying something that I was hearing all the time from the guys. “We got our fucking things.” It made me wonder how people were really supposed to live, and what they were actually supposed to be doing with their lives. And I wondered how I would feel if I didn’t do these things and I was just trying to keep my money and my house. But they all told me they were doing things and they had families, and they were trying to live the life that they were meant to be living.