Last weekend, I went to Sakura Matsuri, the cherry blossom festival at the Brooklyn Botanic Garden. It was . . . packed! I heard some music and saw some pretty blossoms and said “excuse me” many, many times. The highlight was when I got to have my picture taken as a daikon radish, forcing all the appropriately-aged children to wait their goddamn turn. (They were, I think, pleased when I came out from behind the board and loudly proclaimed how cool and grown-up it was to get one’s picture taken as a daikon radish.) Also this week, I inhaled Tara Isabella Burton’s Social Creature—which is like if Gossip Girl did a whole season in the mode of The Talented Mr. Ripley—and started in on Sigrid Nunez’s The Friend, which is wonderful so far. 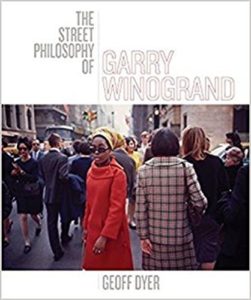 I was in Berkeley for the Bay Area Book Festival this past weekend, and brought along the enormous and beautiful new book Geoff Dyer has published of Gary Winogrand photographs. I love the way Dyer writes about photography: as if it’s both a happening, and a piece of art. Only someone who has observed themselves living a little can do this and free photography from its art school cool. Winogrand never forgot there was something happening in front of the camera. Partly because so much of his work captures life in public. Lives of lovers and sunbathers and the shopkeepers are frozen in mid collision in his enormous body of work, as if by accident in time. That’s what the best of these photographs feel like, interesting accidents. Dyer’s hawk-eyed observational skills never try to bully the photographs into being more than they are, let alone tell them what they mean. He allows Winogrand’s graceful and improvisational art its mystery and deep chaotic sadness. The sudden rarity of a night out, and joy. 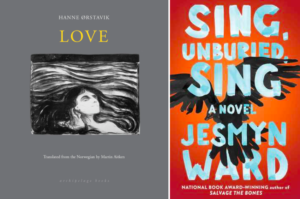 Last weekend, I had a friend visiting from Portland, so I spent most of the time traipsing around the city and stuffing my face. Food highlights included soup dumplings at Kings County Imperial and goat-cheese-stuffed pierogies at Veselka. As for reading, I’ve been on a bit of a “bad mothers” kick . . . I read Hanne Ørstavik’s Love and followed it up with Jesmyn Ward’s Sing, Unburied, Sing (finally!). Both books begin with a young son’s forgotten birthday, and tension builds around mothers who are wrapped up in their own worlds. But comparing them further seems trite. In Love, the young boy Jon has hope that his mother will deliver. She’s out of the house on his birthday, and he hopes she’s just shopping for a missing ingredient for his birthday cake. In reality, she’s fallen for a carnival worker and desperately seeking ways to extend their night out. However, in Sing, Unburied, Sing there’s little hope for the mother, Leonie, as she drags (and neglects) her children on their trip to the prison where their father is being released. Even when Leonie attempts to help her sick daughter with a natural remedy, things only get worse. Both stories, and the mothers, are heartbreaking in entirely different ways. Perhaps as a corrective, I spent last night talking to my lovely, caring mother on the phone. 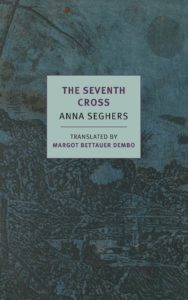 This week I’ve been enjoying The Seventh Cross by Anna Seghers, a classic antifascist work that also crosses over into the genre of the “manhunt thriller,” wherein characters escape a prison (or in the case of The Seventh Cross, a concentration camp) and must outwit and elude their pursuers. The Shawshank Redemption, The Great Escape (in the second half), and The Grand Illusion would all be cinematic examples of the genre. In The Seventh Cross, several inmates of a Nazi concentration camp for political prisoners escape from their horrendous circumstances only to find an outside world that has fully resigned itself to Nazism (with a few individuals spurred by human kindness as the exception). Originally published in 1946, yet set in 1934, this book captures the sense of horror from the Nazis’ early rise, while preserving a sense of dramatic irony – the reader understands that, no matter how bad things get in the book, things are about to get far, far worse. I keep waiting for someone to talk to me about it while I’m reading it on the subway, but no one has, so open invite to Anna Seghers fans – if you see me reading The Seventh Cross on the subway (or any other book that you know and love) I’m always on the lookout for more impromptu discussions about antifascist literature.

There was a wealth of great critical writing published this week, which may have been bad for my work ethic but felt good for my brain. I loved Zadie Smith on the quietly regal photographs of Deana Lawson (whose work I was first introduced to via the cover of Blood Orange’s excellent 2016 album Freetown Sound), Atossa Araxia Abrahamian’s study of the former Greek finance minister Yanis Varoufakis, and Lauren Oyler’s energizing review of Sheila Heti’s Motherhood, which is “is not about . . . motherhood—having and raising a child. Does it have to be? It’s about so many other things.” But perhaps my favorite was Patricia Lockwood’s essay on Rachel Cusk’s Outline trilogy, her third contribution to the London Review of Books following equally excellent pieces on Joan Didion and Carson McCullers. Lockwood’s criticism contains all of the sparkling oddity, surprising references, and absurd digressions that characterize her poetry and memoir; that she is able to so effectively mobilize these tools in the act of close reading is something of a miracle. In describing the dissociation of traveling as an author that Cusk captures so well, she ultimately produces a kind of poem of her own: “Your seeing of things is somewhat raw: where is my next cup of coffee coming from, does the moon travel backwards here, what a grotesque thing a rose is, the sponginess of hotel apples. The slipping and the solid hours. How strange, how improbable church spires seem in other towns.” 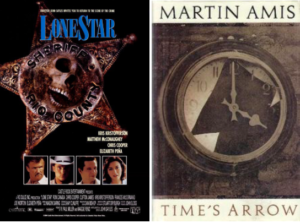 On one of the evenings this week, I can’t remember which, I sat down to watch Lone Star (1996)—a film I haven’t seen in over a decade—and was reminded of why I loved it so much the first time. John Sayles’ sad, sweet, contemplative neo-western mystery is set in a small Texas border whose citizens are in agreement on one issue: that recently deceased former sheriff Buddy Deeds (perhaps the great Matthew McConaughey cameo role, and I don’t say that lightly) was a fair and just man to black, white, and Mexican communities alike. When his son Sam (Chris Cooper)—recently returned to town to be anointed sheriff but struggling with his both his anger toward his father and his still-burning love for high school sweetheart Pilar (Elizabeth Peña)—discovers the skeleton of Buddy’s corrupt, murderous predecessor Charlie Wade (Kris Kristofferson), he sets out to uncover the truth about what happened all those years ago. It’s a beautifully shot and scored film, paced to perfection and full of wonderfully understated performances. I also started Time’s Arrow, Martin Amis’ experimental novel (told in reverse chronology) about the death and life of Holocaust doctor, because I’ve never read Amis’ fiction before and it sounded weird and cool. I’m 30 pages in and the jury’s still out.

This week I’ve been going back to a recent favorite, Patrick Hoffman’s Every Man a Menace, an uncanny crime story about an ex-con and the ecstasy trade in San Francisco. It’s the new book club selection for a favorite podcast, The Watch, and I’m a sucker for shared pop culture experiences. The book is even better than I remembered: livelier and more disorienting, with a cast of characters that never quite seem to be speaking the same language. Whenever I’m not reading Hoffman, I’m watching Celtics-Sixers and generally biting my nails.

Khaled Hosseini on How Art Makes Us Feel Less Alone 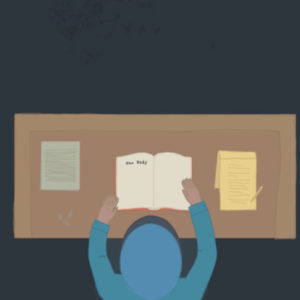 Khaled Hosseini on How Art Makes Us Feel Less Alone