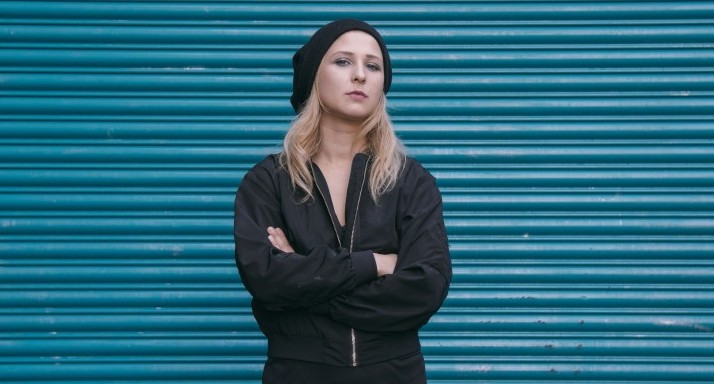 Maria Alyokhina on Her Memories of the Snow Revolution

Thee summer was over. Darkness fell early. Putin announced he would run for a third presidential term.

Thee magical winter of 2011. The Snow Revolution. What will they write about it in the history books? Will they mention it at all? What will become of it—will it be the beginning of a bigger revolution that lies ahead? We were led by a belief in the possibility of change—a naive and childish belief that can awaken suddenly in adults, and is usually accompanied by feelings of shame and the need to justify oneself. We went out into the streets. We wrote and, letter by letter, we became a revolutionary statement. We wore white ribbons.

That winter, the little grey KGB agent Putin and a puffed-up, toy-like Medvedev decided to trade places: prime minister for president. Or maybe one of them decided—who cares? They called it “castling,” two pieces moving on the chessboard at the same time. They falsified the results of the elections to the Duma.

We believed that, if we pricked his ass with a pin, Putin would jump out of his presidential seat. He would leap up, and run to hell. His fleshy, Botoxed cheeks would head for the hills and roll off into the dustbin of history.

anyone can be pussy riot

I began to stay at the Bass Player’s place, and joked about academia. “It’s rotten and mildewed,” I said. The Bass Player lived on the outskirts of town in a tall building. In her apartment, there was a portrait of Beethoven and a faux-leopardskin blanket on the sofa. We talked until five in the morning and watched Pasolini movies a lot.

We loved only heroes. The 1968 student revolt in France, the Russian avant-garde in the early decades of the 20th century. At the same time, we were reading Alexander Vvedensky, a poet who was murdered by Stalin on a convoy somewhere between Kharkov and Kazan on its way to a penal colony. One weekend, I locked myself in the room where the Bass Player burned CDs. I was going to make a stencil for a T-shirt. I decided I had to make a revolutionary T-shirt. I didn’t even notice when it got dark.

When I went back out into the kitchen, it was full of girls. The Bass Player’s floor was tiled in black and white squares, like a chessboard. The girls were wearing brightly colored dresses. They were arguing so loudly it must have been audible two floors down.

“Check out the T-shirt I made,” I said. I was very proud of the first T-shirt I’d created myself.

“Céder un peu, c’est capituler beaucoup!” was stencilled on the T-shirt in black permanent marker. I had spent about five hours on it. The T-shirt was green. The girls were furiously cutting holes in colorful knitted balaclavas.

On the night of December 4, there was a march along Chistye Prudy, past the FSB buildings, where prisoners are kept. Red fires from the flares. Temperature: 39 F. Wind: 5 mph. Relative humidity: 88 percent. Haze. Arrests.

The prisoners are hanging out a banner written with markers. Markers are banned in prison. They hang it up outside the bars, stretching their hands through the gaps. It reads: “Judge Moskalenko—burn in HELL.”

The judge didn’t burn in hell. She lives in it. She still works in the Russian court. The beginnings of the revolution’s first large-scale street protest were underway. A really massive street protest, right by the Kremlin wall.

The riot police were in position. We entered Revolution Square, December 10, 2011.

you can’t even imagine we exist

In January, we, Pussy Riot, started rehearsing in an old factory. After a while, the security guards were no longer surprised to see us. Oh, those girls are here again. Wearing strange-colored tights, some weird headgear. Russia’s a strange place, anyway. Katya said, “It’s odd that they never ask us any questions.” She thought there was something shy about the way they let us come and go. But the security guards were just doing their job, drinking beer and watching TV.

“This is one of their whims. They send nine people to one place, twenty to another; in some countries, they don’t think it’s necessary to send any at all. If they want to teach something, they should teach their wives to make cabbage soup!”

You need at least one month of rehearsal to put an action together. When you go live, you only get one take.

You walk through a large hall in an old factory, put up a ladder, climb up on to the windowsill one by one. Shout out a song. 30, 40 times in a row.

With a large, heavy backpack, after every rehearsal, I took the last, nearly empty bus to the metro and jumped over the turnstile just in time to catch the train. I never had enough money to pay for the ride.

The Kremlin is alarmed. The TV denies anything unusual is going on. Condoms—the word Putin used to describe the opposition’s white ribbons. He meant that those who did not agree with him were just protection for a limp dick. Yeah, right.

The little towers of the Kremlin were dark; the snow was white. They used to execute people on Lobnoye Mesto.

On Lobnoye Mesto, there’s a round stone platform that looks like an executioner’s block. It’s surrounded by stone walls that are maybe six feet high. It’s like a large barrel cut in half. Inside, it can hold about thirty people.

In Red Square, directly facing the Kremlin. The tsar read out decrees—ukases—here. And declared wars.

In 1968, eight dissidents climbed on to Lobnoye Mesto to protest the invasion of Czechoslovakia.

for freedom – yours and mine

It was an unprecedented protest in Soviet Russia. The authorities responded with prison sentences and forced psychiatric treatment.

In the 1990s, Alexander Brener, an artist who had been incarcerated in a Dutch prison for drawing a dollar sign on a painting by Kazimir Malevich, hopped around Lobnoye Mesto in his underwear and boxing gloves. He shouted at the Kremlin, “Come out, Yeltsin!”

Brener was called a “hooligan” in the news. In 2000, Yeltsin resigned and made Putin president. Putin said, “We need stability.” Stability was what he called himself.

When Pussy Riot performed on Lobnoye Mesto, we unfurled a violet flag: the Venus mirror symbol, a clenched fist in the centre. There were eight of us, like the eight dissidents in 1968.

As we were preparing for our Red Square action, Caravaggio’s paintings were brought to Moscow. But it’s not easy to carry a ladder into a museum. I didn’t go to see the Caravaggio exhibition.

What a strange thing to be doing during the days of Russian Christmas, I thought, walking home through the woods after rehearsal.

At the rehearsal, smoke started billowing from the guitar amp. Katya rushed over and managed to fix it. She’s an expert in nuclear submarines. And some of us couldn’t even install a couple of editing apps on the computer.

“There’s no smoke without fire!” “Let’s bring a poster and burn it!”

So, as well as singing “Putin Peed His Pants,” we decided to set fire to a poster of Putin kissing Qaddafi. We rehearsed the burning part for a long time: it was going to be cold, we’d have to douse the poster with kerosene. We gathered at the old factory in the evenings and practiced burning the poster, day after day: unfold, douse, set alight, almost simultaneously.

learn how to burn it

A rebel column is marching on the Kremlin.
Windows of the FSB rooms are blowing out.
Bitches are shitting themselves behind red walls.
Riot announces, Abort the System!

Attack at dawn? I won’t object.
For our freedom and yours I punish them with my lash.
The glorious Madonna will teach you how to fight.
The feminist Magdalene went to a protest march

Go out to the streets,
Live on the Red,
Show the freedom
Of civic anger.

Go out to the streets,
Live on the Red,
Show the freedom
Of civic anger.

The cops got us afterwards for trespassing. We told them we were drama students. We said that we were staging a play and had decided to rehearse at Lobnoye Mesto. We gave them fake names. Actually, they were real names, just not our own: we’d taken them from the registry of traffic offenders, found people who matched our ages, used them as our own. False names. Done. It worked for everyone. Except me.

“Do you know you have an outstanding conviction?” “Huh?”

“Masha.” I had to come clean. That’s how the police got hold of a copy of my passport. With my real address.

I had never been in trouble with the police before. It had just never happened. I wasn’t a revolutionary.

They hadn’t heard “Putin Peed His Pants.” The poster we’d failed to set alight came with us to the police station as evidence.

“If this is a play, what’s Qaddafi got to do with it?” a policeman asked.

“Well, we just thought it was funny, so we printed it out.”

we printed out qaddafi

The cops bought that, too. We drank coffee from the machine, warmed ourselves, and laughed. The main thing was not to let them take the guitar—we didn’t have money for a new one.

“Silly girls, you must be frozen,” the sergeant had said, while we were climbing down the stone walls of Lobnoye Mesto, which was covered with ice, in a torrent of snow. –12F, relative humidity 85%.

You stand on the stone walls and it seems you’ll fall any second. They are about ten feet high; but it isn’t really about the height. You can’t let yourself fall, because there won’t be a second time.

We, Pussy Riot, went out to the square because we dreamed of a different history. Because the one in which the president turned into an emperor was not the one we desired. We were sick of lies. Of the unchanging, dismal lies broadcast on TV, the endless, groundless promises of a happy life.

a long and happy life

Riot is always a thing of beauty. That is how I got interested. At school, I had this dream of becoming a graffiti artist, and I practiced graffiti in my school notepad. If you start your school work on the first page and do your sketches in the back, sooner or later the two will meet in the middle.

And, next to your history notes, graffiti appears. Which turns history into a different story. 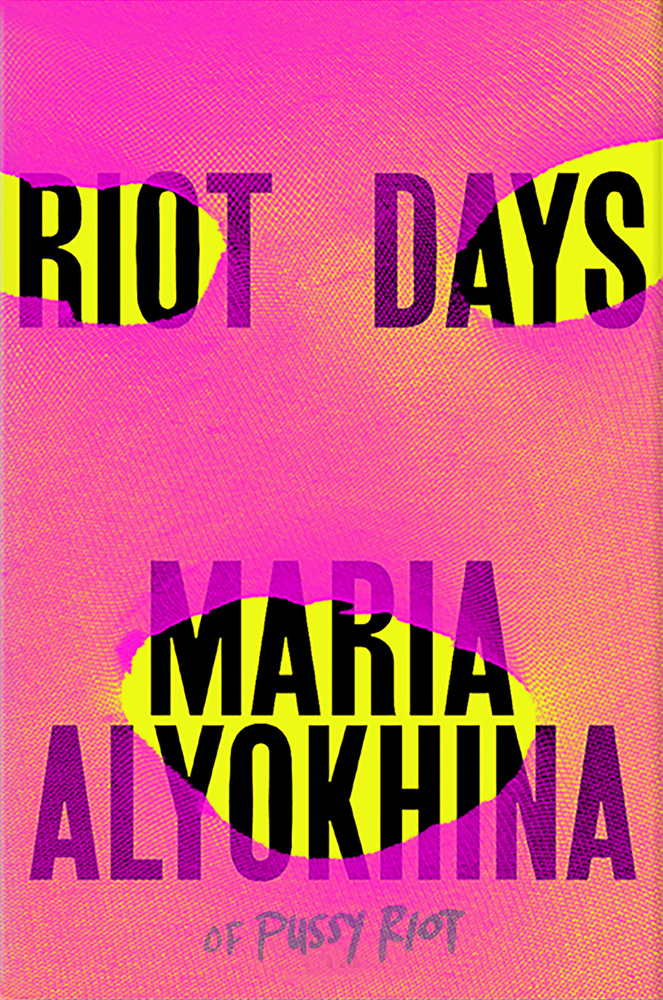 Maria (Masha) Alyokhina is a founding member of Pussy Riot and a political activist. At the age of 24, she was sentenced to two years’ imprisonment following an anti-Putin performance at the Moscow Cathedral of Christ the Savior. She was released in December 2013. In March 2014, Alyokhina and fellow Pussy Riot member Nadya Tolokonnikova founded Zona Prava, an organization that defends prisoners’ rights. Alyokhina is a recipient of the Lennon Ono Grant for Peace and has also been awarded the Hannah Arendt Prize for Political Thought.

What We Can Learn from "Ordinary" Nazis 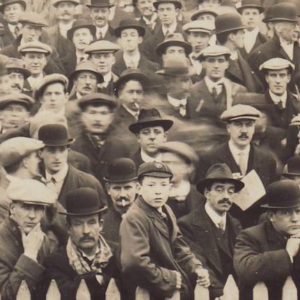 When I was 16, in the summer of 1984, I made a vow that I would never read another novel as long as I lived. I was completely...
© LitHub
Back to top
Loading Comments...