Lucinda Rosenfeld Looks Back at a Genre That Deserved Better

A few weeks ago, in the New York Times Book Review, a writer began her review of my new novel, Class—a satire about race, class, public school, parenting, and liberal hypocrisy—by calling me a “lit chick.” It was a phrase I had not seen in print before, but the meaning was clear enough: All you had to do was flip the two words.

Whatever I’d accomplished in my 20-year career and over five books, the reviewer seemed to imply, I was still apparently a writer of “chick lit,” that amorphous if much denigrated sub-genre of “women’s fiction” that sprang to life in the mid 90s with Helen Fielding’s Bridget Jones’s Diary and Sophie Kinsella’s Diary of a Shopaholic and which tended to concern itself with plucky and sometimes hapless under-40 urban white female heroines in search of love.

Never mind the bizarreness of being called a “chick” at the age of 47. In the current political climate—and while a man for whom women seem to be, above all, decorative objects, sits in the White House, surrounded by a nearly all-male cabinet—I admit that being accused of writing in a category best associated with fluffy escapism, having just completed my most ambitious book to date, did not fill me with joy.

And yet, in truth, I didn’t always have such negative feelings about the nomenclature.

By the early aughts, the tag “chick lit” came to encompass such an enormous range of books—for a time, pretty much any novel written about a woman, by a woman—that to dismiss it would have been to reject Jane Austen and even George Eliot.

What’s more, having one’s own work affiliated with the genre on any level—even if my books were always darker than what was traditional thought of as chick lit and rarely mentioned shopping—seemed like a reliable means of selling copies. And what self-supporting writer doesn’t long to do exactly that?

From a political standpoint, assailing the genre also struck me as unnecessarily snobbish and not unlike an Ivy League student looking down on someone who went to community college. It also struck me as vaguely self-loathing insofar as a) the audience for the genre was entirely female; b) the heroines of the books were always female too; and c) the topics they concerned themselves were traditionally female ones, as well. Was war any more valid a topic for fictional inquiry than dating or marriage—or, for that matter, consumerism? To denigrate chick lit seemed like a way of conceding that the male critics who, throughout the 20th

century, unthinkingly understood the Great America Novel to be, by definition, a male project, had been right all along.

In 2006, a writer named Elizabeth Merrick published an anthology called, This Is Not Chick Lit. I remember seeing a copy in a bookstore. There were some wonderful novelists listed on the back—Jennifer Egan, Francine Prose, Chimamanda Adichie, Curtis Sittenfeld. Yet the very thrust of the project seemed both overly defensive and ultimately aggressive. Did women writers of this caliber need to knock down other women writers in order to assert their own merit? One didn’t see Jonathan Franzen or Jeffrey Eugenides, both of whom frequently wade into the so-called “domestic sphere,” contributing to anthologies called This is Not Crime Fiction, or I Don’t Write Thrillers About the International Espionage. As if the very existence of David Baldacci or Michael Connelly put their own careers at risk.

And yet, as I grew older and more cognizant of my own place in the universe (along with my fictional heroines), the very idea of chick lit grew enervating to me, as well. In its hyper-focus on the lives of a particular subset of young women (mostly white, mostly middle class and above), it seemed unforgivably myopic to larger currents afloat in the outside world. The very phrase, in its cutesy offhandedness, also filled me with a particular type of shame that I suspect only women know intimately—and frequently internalize. I speak of a shame built on the idea that women care, above all, about “unserious” topics, like gossip and dating and how we look—and that we somehow belong more to the body than we do to the mind. (As if it’s impossible to simultaneously be interested in both fashion and politics.)

Moreover, while I avoided having my own books blighted with bright pink covers decorated with martini glasses, lipstick prints, and shopping bags, the headless female models, photographed from the back, that graced my and so many other women novelist’s covers over the past decade seemed scarcely preferable in their single-minded appeal to female readers. Was it too much to expect that I might write novels that men might want to read as well as women—and that my covers might reflect this type of universal appeal?

Over that same decade, chick lit lost its popularity in the marketplace as well. I only wonder what sort of books its former fans are buying now. Given that so many women writers and readers currently feel that, once again, we are fighting for our basic liberties, might a new category of women’s fiction, more overtly feminist than its predecessor, be on its way? Instead of women searching for sex and love with the opposite sex, perhaps the genre might revolve around women simply trying to survive the opposite sex. Settings in a dystopian near future would be optional. Though the patron saints of the genre would, of course, be Suzanne Collins (see The Hunger Games) and Margaret Atwood (see The Handmaid’s Tale). If the movement takes off, count me in.

Lucinda Rosenfeld is the author of 5 novels, including WHAT SHE SAW . . . and—most recently—CLASS, which was named a Best Book of 2017 by the Philadelphia Inquirer. Her fiction and essays have appeared in N+1, Harper's, the New Yorker, and the New York Times Book Review. 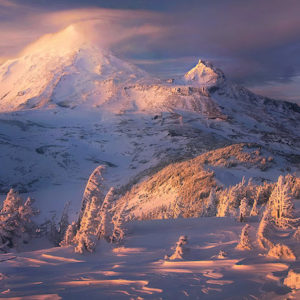