On Questioning the Reasons You Have for Loving a Sports Franchise

Let me just get this out of the way up front: I’m a New England Patriots fan. That used to be a relatively simple statement, but lately it’s grown more complicated.

There is, around nearly every sports team, a cultural conversation. Watching the games and sorting out winners and losers based on the score isn’t good enough, or maybe for the casual fan it is, but for those of us who commit to reading three to four articles per day, plus a podcast on the commute home, plus untold minutes of quiet meditation perhaps better spent on almost any other project, stronger stuff is needed. We need to convince ourselves that these teams represent something more than mere chance combined with jersey color and the reach of broadcast TV signals.

It’s ordinarily a pleasant enough pastime, this sort of conversation. Your powers of imagination and association are put to the test, and then there’s the narrative thrill of tying together a lot of loose ends. Here is a brief sample of traits, characteristics and other phenomena I have related to my hometown team, the Patriots, over the years: underdog status; martyr status; Emerson’s thoughts on self reliance; the value of defensive versatility; trade unionism; Matt Patricia’s aeronautics education; a quarterback drafted 199th

overall; fungible running backs; the Kennedy family; a coach in possession of one of the great private collections of football books; New England public schools; near universal health care coverage; undersized receivers who run impeccable routes; John Cheever; and the rules and customs of shellfishing.

While watching games, I regularly mention these things to my wife and to a few foreign-born or otherwise unaffiliated friends whom I’m attempting to recruit to our side. The idea is to imbue the team and their style of football with a certain cachet.

Despite the cheating scandals that have (unfairly, I’ll die proclaiming) sullied the team’s reputation and its unprecedented win streak, not to mention the concussion scandal that has compromised the entire league and the future of the sport, my sustained effort to portray the Patriots as representative of everything good and decent in New England has been, I think, more or less successful. That is, until this past year came around: 2016. That’s when talking about the Patriots lost its charm.

In fact the trouble began back in 2010, or at least that’s the earliest evidence I can find. That’s when Trump started showing up on the Patriots sideline, shaking hands, sauntering around like a minority owner, which perhaps he was angling to become.

It didn’t seem to mean anything. He was a reality show host, a failed businessman and a recognizable buffoon. 2015 was when things escalated, of course. By then, Trump was a presidential candidate with a campaign built on fear, lies, ultra-nationalist rhetoric and racist conspiracy theories. On the shelf of Tom Brady’s locker was a red “Make America Great Again” hat. Brady told the press Trump was “a good friend,” an old golfing buddy who could also be counted on for “different types of motivational speeches.” I remember wincing, then promptly deciding to un-see the news and explain to anyone who asked that, you see, Tom Brady is a genius of body control, poise and intuited physics, but otherwise not particularly bright. Anyway we don’t know how he votes. He didn’t mean it. It was figurative, or a riddle.

In 2016 things got worse. For everyone, but also for left-leaning Patriots fans. There were photos of Trump and Bob Kraft, the Patriots owner, looking chummy. The team’s coach, Bill Belichick showed up on Instagram having dinner at Mar-a-Lago.

On the eve of the election, Trump stood on a stage in New Hampshire and announced that Brady had called to offer support and Belichick had written a letter. The letter, fawning and purple—“you have dealt with an unbelievable, slanted and negative media and have come out beautifully”—was mocked by many as an obvious Trump concoction. But for those who have followed Belichick and his eccentricities closely, it had the ring of authenticity from the start. The next day, the unthinkable happened. New England didn’t go for Trump, of course, but he got there all the same.

Among the early bootlickers visiting Trump Tower was Bob Kraft (a longtime supporter of Democrats and liberal causes, I’m assured). He attended the inauguration festivities, too. At a donor dinner held in Union Station, Trump gave Kraft and the team a shout-out from the stage: “He’s got a great quarterback named Tom Brady, and a great coach named Belichick. Bob Kraft. So good luck, Bob. Your friend Tom just called, he feels good. Good luck. You’re going to do great things.”

As a Patriots fan, it’s been a lot to take in.

In the US we’re unaccustomed to ascribing political views to our professional sports teams or their fan bases. As a fan, the presumption is come hell or high water you will root for the teams of the place where you were raised, or possibly where your parents were raised, or in certain exceptional circumstances where you went to school. A good number of Americans support the Yankees and Cowboys, but I’ve never known what, exactly, to make of that. Occasionally, racial politics will come into play. The Brooklyn Dodgers. The Raiders in the 1990s. The Celtics-Lakers rivalry, to an extent. At times, pulling for Duke, Michigan, or Georgetown in college basketball made a statement. (Maybe college sports are more susceptible because the NCAA system is so obviously corrupt and exploitative?) But by and large we’re unused to the questions that fans in other parts of the world have had to ask themselves, about what it means, for example, when General Franco sees his dreams reflected in Real Madrid’s home whites, or what to do when Mussolini and his blackshirts show up at the Stadio Olimpico cheering for Lazio.

A fascist’s admiration can’t help but change the conversation around a team.

The first question, naturally, is why my team? That’s what I wanted to know about Trump and the Patriots. Maybe it’s just narcissism, I thought. He saw a winning franchise—worth $3.4 billion, led by a powerful owner, a winning coach and a handsome quarterback—and decided to flatter himself by identifying with the team’s success. Narcissists and businessmen are always jumping on bandwagons.

But what if it’s the vaunted “Patriot Way” he likes so much? Is there an ideological sympathy? After all, Trump’s admiration isn’t one-sided. The Patriots smiled back.

Lately I’ve been reconsidering some of the things I hold dear about my team:

Brady’s near-robotic demeanor and his unswerving dedication to winning football, no matter the cost; Belichick’s famous “do your job” mantra, which has come to sound, to me anyway, less a blue-collar war cry and more like a demand from management. The conversation is getting twisted. Or else it’s just the scales falling.

This last week has been especially challenging, given that it’s the Atlanta Falcons advancing from the NFC to take on the Patriots in the Super Bowl. The conversation around that team has been, if not diametrically opposed, a whole lot more fun than the one mucking up my Patriots fandom. The Falcons are trying to win their first Super Bowl trophy and the city’s first championship since the ‘94 Braves clinched a World Series. They are the team with Rep. John Lewis, civil rights icon and American hero, urging them on Twitter to “RiseUp.” Atlanta is the city inspiring Donald Glover. “Bad and Boujee” is the top song in the country. Future, Big Boi, Ludacris and Usher were in the stands last Sunday at the Georgia Dome. The owner, Arthur Blank, is paying for all two-hundred-some-odd franchise employees to travel to Houston for the game. If Matt Ryan, the Falcons’ quarterback, has any strong political views, provocative hats or misogynist golfing buddies, he’s kept awful mum about them.

Right now, Atlanta is a story to revel in, a conversation you can enjoy.

No team is a monolith, ideological or otherwise. I’ve tried to remind myself of this. All across the sports world, players are disagreeing, just like the rest of us. There was a game back in September, the first of the year, when the Patriots’ co-captain, Devin McCourty, and the new tight end, Martellus Bennett, listened respectfully as the national anthem played, then each raised a single clenched fist. That’s an image I would prefer to hang onto, not Trump on the sidelines or Bob Kraft inside the tower.

But if we’re being honest, the Patriots are about as close to a monolith as you’ll find in professional team sports. And for the last 16 years, every conversation about football in New England has begun and ended with Brady and Belichick. That’s why it’s different when a fool like Rex Ryan campaigns for Trump, or when the Jets’ owner, Woody Johnson, accepts an appointment as the US ambassador to Britain.

Coaches, players and even owners come and go. Occasionally they cover themselves in glory or disgrace, but we rarely let them take over the conversation around a team, at least not entirely. We’re too busy talking ourselves, unspooling our own idiosyncratic version of the “Patriot Way,” jamming in all the little things we love about our hometowns or states or regions and ascribing them to this year’s squad.

But with Brady and Belichick we took a chance and handed over the reins. It’s too late, I expect, to get them back. Many of my best memories (should I lie and limit that to sports?) are thanks to them. The dorm room where I watched the Snow Bowl. February 2004, when I needed a win. Deflategate. Yes, especially Deflategate. Non-New Englanders will never understand how deeply we’ve enjoyed that story.

One way to think about Brady and Belichick is this: they’re family now, good or bad.

That feels like a copout, though. I chose to identify with them. I’m choosing to still. My wife is done. She came to the US from a country ravaged by a demagogue, and Trump would just as soon send her back, don’t let the wall hit you on the way out.

I tell her about Martellus Bennett, shellfishing and Bobby Kennedy, but it’s no good.

Come Sunday I’ll be watching. New England was mine before Brady and Belichick showed up on the sideline, never mind Trump. If they win, I’ll be ecstatic for a little while. Maybe someone like Malcolm Butler will steal the spotlight. Or my disdain for the NFL’s commissioner, Roger Goodell, that tobacco spokesman, will be a fun distraction.

Whatever the outcome, I know the conversation afterwards won’t be the same. It used to be fun talking about the most hated team in American sports. Not any more. 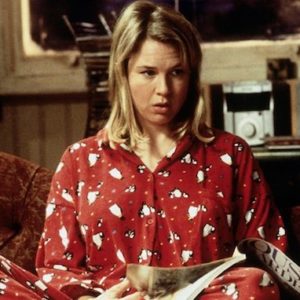 A few weeks ago, in the New York Times Book Review, a writer began her review of my new novel, Class—a satire about race,...
© LitHub
Back to top