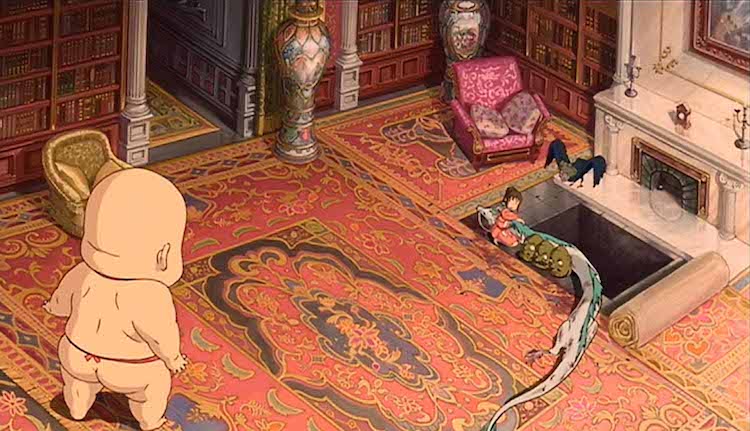 I didn’t anticipate getting through much of my “to read” pile while I was on maternity leave, but I was surprised at the ways and times I was able to squeeze in pages: during a morning nap, in the time it took for a bottle to warm, between turns with my husband rocking our son to sleep. In fact, those early weeks turned out to be a great time for reading. As always, it was an escape, an inspiration, and a profound source of reflection and reassurance. In general, since time is at a premium, I recommend reading whatever you feel like reading, but these are the books that sustained me in one way or another during those first chaotic weeks.

Lots of people recommend reading short stories in the early days of parenthood, because the time you have to yourself is short and your sleep-deprived attention span is likely shorter. I cannot imagine any better example than the charming and witty stories of P.G. Wodehouse, particularly those about the polymathic butler Jeeves and his hapless employer Bertie Wooster. Any collection will do—they are all pure fun—but Carry On, Jeeves contains the origin story, so to speak: “Jeeves Takes Charge,” in which Jeeves first arrives on Bertie’s doorstep.

The Thrilling Adventures of Lovelace and Babbage, Sydney Padua

A graphic novel is also a great choice because zippy panel progressions and full-page spreads will let you turn the pages faster than with a traditional book. Even this relatively dense comic, the tale of the theoretical invention of the computer by a pair of eccentric 19th-

century thinkers, let me feel like I was making progress. Ada Lovelace (daughter of Lord Byron) and Charles Babbage are two of the most fascinating figures in the history of computing, and Sydney Padua uses the graphic novel form, along with intricately nested endnotes, to add a little whimsy to their already improbable story, while letting the reader decide how deep they want to get into the technical details.

In a summer when there would be no beach vacation, I read Maine primarily to visit my favorite part of the Maine coast vicariously through Sullivan’s characters. As it turned out, the Kelleher family beach house was just a backdrop to the juicy drama among four female members of the family. As in any family, they had secrets and alliances, but their tightly drawn relationships were much more engrossing than the events. Not exactly a beach vacation of a book, but it was still nice to live with real characters in a place that felt familiar.

Wherever You Go There You Are, Jon Kabat-Zinn

Kabat-Zinn’s classic book on mindfulness meditation is comprised of short reflections and unstructured exercises. Dipping into one is a reminder to relish these fleeting moments without allowing the world to disappear from view in the haze of dirty diapers and sleepless nights. Even Kabat-Zinn’s simple reminder that “This is it… what is happening is happening” helped me remember to enjoy a quiet cuddle or an early smile without worrying about what would come next that day or that month.

When it comes to maternity leave, this recommendation comes with a warning. Station Eleven begins with the rapid spread of a pandemic flu that wipes out most of the world’s population. If you can get past the terror of what would happen to you and your new family in a similar circumstance, the rest of the book is a beautiful page-turning argument for the eternal power of art and community. I did read it with a knot of dread in my stomach, and there were terrifying, heartwrenching moments, but I was reassured that there’s still hope in having a new family, even with the evening news full of threats of terrible things to come.

It’s a cliché that new parents will try to elevate themselves for the benefit of their babies. We play them Mozart, read them classic children’s books, and vow to feed them only organic foods. Let’s Talk About Love, music critic Carl Wilson’s exploration of why he and so many of his peers hate Céline Dion while others love her, is a welcome antidote. His conclusion that “bad taste” is not an objective reality exemplifies what I hope for my son as he begins to explore the cultural world: that he will approach it critically, but that in the end he will, without judgment, embrace his own taste and let other people have theirs.

Between the World and Me, Ta-Nehisi Coates

Ta-Nehisi Coates’s extended essay on race in America is written as a letter to his son. It’s a timely examination of the history that has lead us to Ferguson, Baltimore, Staten Island, and so many other instances of racial violence appearing in the news. It’s also a very personal description of what it is to have a black body in America today. Reading it with my own son napping in my lap highlighted what a beautiful example it is of how to communicate that history, national and personal, to the next generation, and educate them to see, truly see, and respect the people they will encounter in their lives.

The Happiest Baby on the Block, Harvey Karp / Mayo Clinic Guide to Your Baby’s First Year

Of course it’s important to have some actual baby books in the mix. Happiest Baby on the Block offers some great tips for calming a fussy baby (it’s ostensibly about managing colic, but the suggestions are really quite general). And the Mayo Clinic guide is just a solid reference book. Both of these books migrated between my bedside table and my coffee table so they were easily at hand whenever I needed them.

Feature image is a still from Spirited Away, in which our heroine is trapped in the library by a giant baby.

Rachel Cass is the head buyer at Harvard Book Store. 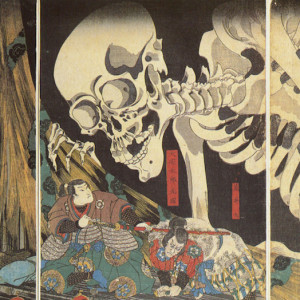 The following appears in the debut issue of  Freeman's, which is out now. In 1996, I was living alone on the ground floor...
© LitHub
Back to top
Loading Comments...