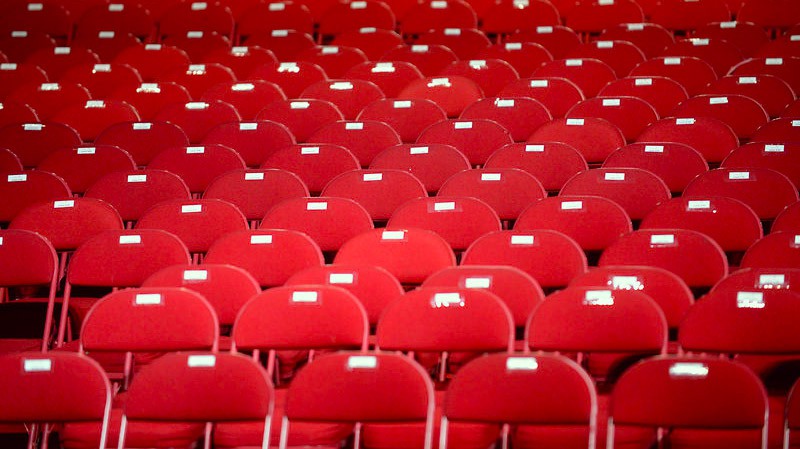 What to Do When No One Shows Up To Your Reading

Matthew Norman on the embarrassment of confronting an empty room

A few days after my first novel Domestic Violets was published, I was scheduled to do a reading at the Barnes & Noble at Johns Hopkins University near my house in Baltimore. It’s difficult to describe how happy I was. I was officially a published novelist, which, at the time, represented the accomplishment of a lifelong dream, and I was about to do my first reading at an esteemed university. Things were good.

I charted my route to the bookstore on my phone, which was just plain silly. It was four miles from my house and had driven by it no less than 15 times in my life. To prepare, I selected a passage and read it aloud over and over, to no one. I spent an embarrassing amount of time picking out my outfit. I wanted to look like a writer, because, of course, I was a writer, but I didn’t want to look like I was trying to look like a writer. Slightly disheveled literary indifference was the goal, so I ultimately chose jeans, one of about 20 nearly identical blue-ish button-up shirts that I own, and a brown corduroy blazer. Sneakers would have been too carefree—too boyish. Instead, I opted for some brown, reasonably casual boots. I didn’t shave.

I got there absurdly early. My phone told me the trip would take about 12 minutes, but I allotted 45 just in case some sort of catastrophe struck along the way. I sat in my car for a while watching people come and go. Whenever someone entered the store, I wondered if he or she was there to see me read.

I can say with 100 percent certainly that I wasn’t nervous at all—not even a little bit. Instead, I was excited. The book was out. I’d seen it in bookstores and I’d taken pictures of it on shelves. The reviews, thus far, were very good. No one had called me a talentless clown yet. Somehow, it all felt like the start of something big—something wonderful.

An easel stood just inside the big glass doorway when I entered the store. On it leaned my author photo, the one from the back cover of Domestic Violets, and it was fucking enormous. It was the size of a photo you’d expect to see if Bono had been appearing at Barnes & Noble, Bill Clinton maybe, or perhaps the Reverend Desmund Tutu. For a full 30 seconds I stood there and looked at the gigantic, painstakingly airbrushed picture of myself. An elderly couple walked in and did a double take when they saw a stunned-looking me looking at me. “It’s too big,” I told them.

And then I took a deep breath and went in.

I don’t know exactly what I was expecting to find inside that bookstore. I’m not an idiot. I knew that I wasn’t The Beatles getting off that plane in San Francisco. No one was going to be throwing underwear at me or bursting into tears. But, surely someone was going to be there, right? Book people? A Hopkins creative writing class? My coworkers? My friends? But then it dawned on me that my book had only been out for about 72 hours and no one had any reason to have any idea who in the hell I was. And then something else dawned on me—something far worse. I hadn’t really told anyone about the reading. I’d posted something about it on Facebook, but that was about the equivalent of shouting the date and time of my reading out my open car window on I-95 in a rainstorm. A lone microphone stood in the café. Lined up there before it were five rows of startlingly empty chairs. My literary career had started.

I was horrified. Short of a meteor hitting Baltimore and killing all of us instantly, it was a worst-case-scenario kind of situation.

At the information desk, I found a guy about my age with a cool mustache.

“Hi, I’m Matthew Norman,” I said. I wasn’t used to Matthew. No one calls me that. It felt weird. It still does.

He touched his mustache. His expression didn’t change. I pointed at the small pile of Domestic Violets that had been arranged there next to his computer. “Oh, right,” he said. “Hey there. How’s it going?”

He looked over at the café and nodded, unsurprised. “There are a few people there,” he said.

Technically, he was right. There were some people—students, it seemed—sporadically hunched over laptops drinking coffee at some tables. “I don’t think they’re here to see me,” I said.

He sighed. In retrospect, I suspect this is a conversation he’d had before with writers like me who’d found themselves suddenly thrust into literary obscurity. “Well, there’s really no way to know,” he said. “Maybe give it a few minutes. Wait and see. Maybe some more folks will roll in.”

I went to the Fiction & Literature section and worked through some options in my head. I could go into the bathroom and try to drown myself in one of the toilets. I could fake an illness. I did that once when I was an altar boy in junior high. I could email my publicist and say… well, I have no idea. “Hey, Matthew Norman here, I need you to make a room full of people suddenly materialize in Baltimore and be interested in me or I’m going to have a nervous breakdown right here in front of the Danielle Steele section.”

Instead of doing any of those things, I called my wife. We’d opted for her to stay home for this particular reading. It made sense at the time—it was a weeknight, she was very pregnant, and our daughter Caroline was still just a baby.  “Is it over already?” she asked. Her voice was sweet but concerned. “How’d it go?”

She didn’t know what I should do either, but she was pretty sure I should leave. My mother would have told me to be tough. My editor probably would have told me that I had an obligation. Burgess Meredith from Rockys 1 through 3 would have told me to keep my head up and fight through it for Christ’s sake. But she was my wife and she knew me well enough to know that I was on the verge of panicking. It was too late to leave though. It was 7:01 pm, and the guy with the mustache was waving at me. I told my wife I’d call her back when it was over.

I went back up to the information desk and the guy with the mustache told me I was on.

This scene played out briefly in my head and it was terrible. A guy who didn’t know me or my book talking awkwardly about me to some chairs.

At the microphone, I set my book on the podium. I touched the microphone and cleared my throat. I hoped that this pretty obvious body language would cue the people who were perhaps there to see me but were hiding to come out of hiding, but no luck. A few people looked up from textbooks. Who’s this jerkoff? their expressions said—shouted, really.

To date, it’s the most humiliating words that have ever come out of my mouth. And, believe me, that’s really saying something. I wasn’t an adult. I wasn’t accomplished. I sure as hell wasn’t a novelist. I was 11, skinny and afraid, standing in front of my sixth grade class, asking if anyone liked me. Anyone?  Anyone at all?

Much to my surprise—and to the surprise of the entire Barnes & Noble staff who were cringing their way through this awful scene—the answer was yes. Two separate girls on either side of the café raised their hands. They somehow seemed more embarrassed than I did, like this was somehow their fault.

The first chapter of Domestic Violets features a scene in which my main character suffers a bout of erectile dysfunction. As symbolically appropriate as this would have been for that particular evening, I’d thankfully chosen a different section to read. Talking off the cuff in front of strangers has always been dicey for me, but reading is pretty easy. The words were right there in my hands—words that I’d spent a great deal of time with—so I read them clearly and with authority. With each passing sentence I felt a little better about myself.

I heard someone’s phone about four pages in. It wasn’t a ring so much as a short chime, the kind you get when you have a text message. I looked up between paragraphs, playing it off as a pause, and I noticed one of the girl’s who’d come to see me. She was walking away with her phone. Surprisingly, I was undeterred. I had my audience. The guy from the information desk had settled in the front row, a few randoms were even looking up from their computers and lattes.

When I was finished reading, I felt like I’d just run a 10K up hill, and exactly two people clapped. The Information Desk guy told me I did a good job, and one of the original hand-raisers, that poor remaining girl, actually allowed me to sign her book. She told me her name was Merrijoy, which sounded too unusual to be made up. I asked her to spell it out for me, and I inscribed a nice note and thanked her for coming.

Later that night, after I’d put my daughter to bed and given my wife the evening’s blow by blow, I noticed I had a new Twitter follower. I clicked the little icon at the top of the screen and there she was, Merrijoy Vicente @Fatty_Magoo.

I recommend going on Twitter and dropping her a line. She’s very funny. And, if you do, please tell her how grateful I am that she showed up.

Finding Poems in My Own Labyrinth 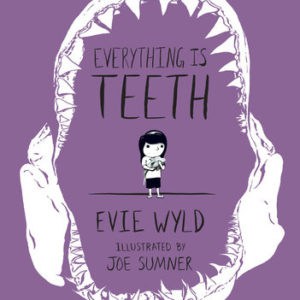 From EVERYTHING IS TEETH. Used with permission of Pantheon. Text copyright © 2016 by Evie Wyld. Illustration...
© LitHub
Back to top