Thomas Swick on the Uncertain Future of a Durable Genre

Those first anthologies were thick hardcovers that eventually devolved into thin paperbacks. The 2001 edition, guest edited by Paul Theroux, had 418 pages; this year’s, with Padma Lakshmi in the guest editor’s chair, had 265. Admittedly, 2020 was not a good year for travel writing, but the very existence of The Best American Travel Writing 2021 is a testament to the resilience and adaptability of the genre.

The genre is more durable than the series, which the publisher, now part of HarperCollins, has decided to discontinue after this year. The move is based not on a drop in travel writing’s quality, or even quantity, but rather its increasing inability to attract a large audience (which explains the marquee guest editor this year). Series editor Jason Wilson, in an interview with Jeremy Bassetti on the podcast Travel Writing World, said that recent editions didn’t sell nearly as well as early editions had. This includes The Best American Travel Writing 2020, which came out in the middle of a pandemic (with stories written before it)—the perfect moment, one would think, for armchair travel.

Travel writing is not the only series to fall victim to indifference—The Best American Sports Writing was discontinued after last year’s edition (prompting Triumph Books to come out this fall with The Year’s Best Sports Writing)—but this blow is particularly disheartening for a genre that has gradually and, for those of us who love it, mystifyingly lost its allure.

Granted, it has suffered its share of attacks in recent years. Critics have flagged it with the taint of neo-colonialism and accused it of cultural appropriation, but they have mostly been academics, who don’t exert great influence on the reading public. And they have been answered eloquently by people like Colin Thubron, who, in an interview in the Financial Times, noted that, far from wishing to “impose” themselves, most travel writers try to understand, and learn from, the countries they visit. “If you regard every relationship as a power relationship,” he cautioned, “you descend into paranoia.”

The genre has even received criticism from within its own ranks, as some travel writers have questioned the time-honored goal of “traveling like a local,” finding it self-delusional and, if taken literally, counterproductive—the argument being that most people, even those residing in stellar locales, lead lives of boring repetition, what the French have summarized as “métro, boulot, dodo.” Never mind that a detailed account of subway commuting, Parisian office politics (think Call My Agent!), and, well, not sleep, but French home life would paint a more accurate and amusing portrait of the capital than a story on museums and Michelin-starred restaurants.

A greater contributor to travel writing’s drop in popularity is of course the Internet, that infinite, ever-expanding archive of everything. Google your destination and it appears on your screen, in words and pictures. Who needs travel writers, one might ask, when hundreds of bloggers are typing their findings, thousands of tourists are posting their videos, millions of vacationers are sending their tweets?

Yet most people go to the Internet for information, not insight, or what John Cheever called “a page of good prose”—both of which fine travel writers provide. They too can be found online—it’s where I read the Thubron interview—but they’re not prominent residents there. The Internet, at least the non-pictorial part, is more about utility than it is about pleasure.

What’s especially frustrating about the decline in popularity of travel writing is that it has never been better, thanks in part to technology, one of the forces that seems to work against it.

One of the main reasons readers of travel writing have faded away—in this country, anyway—is  the decades-long trend of America turning inward. The genre still does well in the UK, where one publisher, Eland Books, specializes in reprints of travel classics. But the United Kingdom is a small island (with a long travel writing tradition) at the edge of a large and influential continent; the United States is a behemoth unto itself.

That travel writing ever had a golden age here may seem a bit strange, but publishers in the 1980s—excited by the successes of Paul Theroux’s The Great Railway Bazaar and Bruce Chatwin’s In Patagonia—competed with each other over travel books; a few started imprints devoted entirely to them. Jan Morris wrote penetrating portraits of places for Rolling Stone and Banana Republic came out with a short-lived travel magazine, Trips, that was sold in its stores’ slightly longer-lived travel bookshops. For writers starting out in the ’80s, travel writing appeared as a promising career.

But soon the travel book was eclipsed by the memoir. Its reign produced its own instant classics—Tobias Wolff’s This Boy’s Life, Mary Karr’s The Liars’ Club—and suggested a growing fascination with the personal and the familial. This preoccupation grew even stronger after 9/11, an event that, instead of motivating us to become more globally aware, somehow made us even more introspective. The new century brought a slew of memoirs about common human experiences: illness, grief, dysfunction, abuse, addiction. Joan Didion, who in the ’80s wrote Salvador and Miami (focusing on the city’s Cuban exile community), published books about the deaths of her husband and daughter. It was a natural turn for an aging author, but it felt like an official confirmation of our retreat from the world into the self.

Immigrant memoirs have appeared—like Dina Nayeri’s The Ungrateful Refugee and Phuc Tran’s Sigh, Gone—giving us outsiders’ views of our home (enough about us, what do you think about us?), but there has been no corresponding wave of books about Americans abroad. This has at least kept at a minimum vapid accounts of idylls in Tuscany and Provence. And the number of published books that are works of translation has stayed at a dismal three percent. The general feeling among publishers is that most people would rather identify with what they read than learn about something outside their own experience. And in a country where less than half of the population owns a passport, this means concentrating on the personal and the parochial.

Yet our self-absorbed republic is producing more world travelers than ever; back in travel writing’s heyday, less than 10 percent of Americans had passports. So despite our solipsistic tendencies—or actually owing to them—travel writing theoretically should be enjoying a boom, especially when you consider that travelers and readers are often one in the same.

But like the Internet, travel’s growth has created the impression that travel writer is a superannuated profession—the Age of Overtourism’s blacksmith. Together, the two modern developments have created a world in which everything is accessible and almost nothing seems foreign. Why should people depend on some stranger’s impressions of a country when they can go out and gather their own? Unfortunately, few of them bring to their journeys the preparation and research, the knowledge and experience, the perceptive eye and the analytical mind and the inquisitive spirit of a gifted travel writer.

What’s especially frustrating about the decline in popularity of travel writing is that it has never been better, thanks in part to technology, one of the forces that seems to work against it. Seeing the increase in the number of travelers, and their easy access to the Internet, travel writers realized that it was no longer enough just to describe a place, or meet its inhabitants; they had to excavate its meanings. As a result, the work they produced became richer, deeper, and infinitely more expansive. And, in many cases, it borrowed elements from the memoir.

This approach was not new; V.S. Naipaul brought history, analysis, and introspection (three words not usually associated with blogging) to his first travel book, The Middle Passage, in 1962. Jonathan Raban used the same tools for Old Glory and Hunting Mister Heartbreak, two books that, because they’re about the U.S., show us better than most the educational and entertainment value of the canny observer. More recently, writers as diverse as Pico Iyer, Sara Wheeler, Tom Bissell, and Robert Macfarlane have quietly stretched the boundaries of the genre. The Long Field, by the American writer Pamela Petro, is a beautiful examination of her love affair with Wales that brilliantly explores the ideas of home, loss, language, sexuality, and of course love.

It’s labeled a memoir, and published in Britain.

“What Should We Watch Tonight?” On the Concept of Choice Architecture 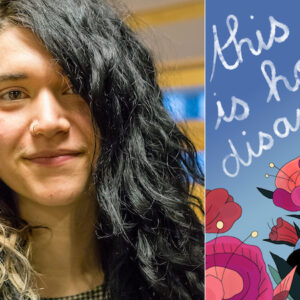 “What Should We Watch Tonight?” On the Concept of Choice Architecture It is an illusion, really, that we alone determine what we choose. You walk into a restaurant and order a sandwich. Your...
© LitHub
Back to top