“Talty depicts the relationship between David and Paige perfectly—the siblings clearly care for each other; it’s evident beneath the bickering and the long periods when they don’t see each other … The story ends with both mother and son experiencing terrifying medical emergencies; it’s almost excruciating to read, but it’s undeniably powerful, and, in its own way, beautiful … Talty’s prose is flawless throughout; he writes with a straightforward leanness that will likely appeal to admirers of Thom Jones or Denis Johnson. But his style is all his own, as is his immense sense of compassion. Night of the Living Rez is a stunning look at a family navigating their lives through crisis—it’s a shockingly strong debut, sure, but it’s also a masterwork by a major talent.”

“… enthralling, masterfully written … The aftermath of this explosion feels both wholly believable and complexly imagined, true to both women’s characters and the demands of the entire world Dark has so deftly created … One of the novel’s deepest pleasures lies in the ways in which Dark intertwines the social and personal concerns of the main characters with the historical and political … The novel’s resolution—unexpected and yet, once we get there, satisfying and inevitable—is handled with such skill in its temporal layering, I had to tip my writerly hat over and over to Dark. What first appears to be the story of two old ladies in Maine turns out to be a sophisticated inquiry into the course of female lives, with time as an instrument of revelation, folding in on itself, opening out, revealing the multilayered histories of both Polly and Agnes as a means of showing a kind of existential truth … a novel rich with social and psychological insights, both earnest and sly, big ideas grounded in individual emotions, a portrait of a tightly knit community made up of artfully drawn, individual souls.”

“It’s impossible to predict how, exactly, you’ll fall in love with Gabrielle Zevin’s novel Tomorrow, and Tomorrow, and Tomorrow, but it’s an eventuality you can’t escape … spellbinding and layered with details. Her artistic, inclusive world is filled with characters so genuine and endearing that you may start caring for them as if they were real. Above all, her development of Sam and Sadie’s relationship is pure wizardry; it’s deep and complex, transcending anything we might call a love story … Whether you care about video games or not is beside the point. Tomorrow, and Tomorrow, and Tomorrow is the novel you’ve been waiting to read.”

“Shelton’s new memoir, The Church of Baseball, does for filmmaking what Bull Durham did for the national pastime: it demystifies the craft, pillories the business, and celebrates the calling with wit and passion … Shelton’s prose is as natural as his dialogue, and he conjures characters with casual mastery … In The Church of Baseball, as in Bull Durham, Shelton riffs on life in the American grain, and scales the heights of the homegrown surreal. Like Mark Twain, he reveals an unsentimental education that reads like a robust and impudent yarn.”

“With its quirky, irregular shape and enjoyably offbeat style, France: An Adventure History never pretends to offer a linear trip into the nation’s past…Still, it furnishes a meticulous chronology and 16 thought-provoking maps…Indeed, you could read the book as a bid to redraw the conventional map of France through time to depict the eccentricity of actual experience, rather than ‘a simplified wall chart of regional produce’… Enhanced only by the heft of his learning, the keenness of his eye and the muscle of his prose, Mr. Robb’s own collaborations with the land have yielded another champion performance…Long may his wheels turn.”

3. Growing Up Getty: The Story of America’s Most Unconventional Dynasty by James Reginato
(Gallery Press)

“Reginato’s meticulous research and personal interviews create a sweeping portrait of arguably the United States’ greatest industrial dynasty and extracts the untold stories behind the sensational headlines about billionaire oil baron J. Paul Getty … A rapturous biography for casual readers. This in-depth analysis of one of the United States’ richest families reveals a behind-the-scenes legacy of love and generosity.”

Visions of Jane Eyre: On Mothers, Labor, and the Places Children Hide 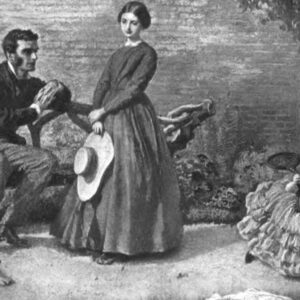 Visions of Jane Eyre: On Mothers, Labor, and the Places Children Hide

“Crying does not indicate that you are weak. Since birth, it has always been a sign that you are alive.” –Charlotte...
© LitHub
Back to top
Loading Comments...