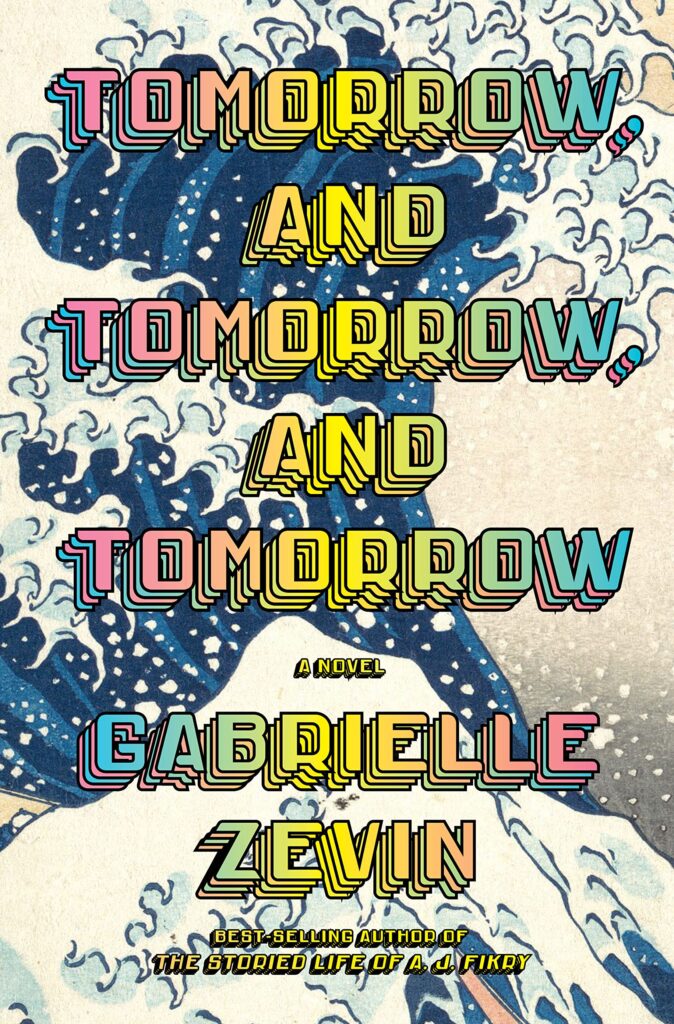 The following is from Gabrielle Zevin's Tomorrow and Tomorrow and Tomorrow. Zevin is the New York Times and internationally best-selling author of several critically acclaimed novels, including The Storied Life of A.J. Fikry, and Young Jane Young,. Her novels have been translated into thirty-nine languages. She has also written books for young readers, including the award-winning Elsewhere. She lives in Los Angeles.

On a late December afternoon, in the waning twentieth century, Sam exited a subway car and found the artery to the escalator clogged by an inert mass of people, who were gaping at a station advertisement. Sam was late. He had a meeting with his academic adviser that he had been postponing for over a month, but that everyone agreed absolutely needed to happen before winter break. Sam didn’t care for crowds—being in them, or whatever foolishness they tended to enjoy en masse. But this crowd would not be avoided. He would have to force his way through it if he were to be delivered to the aboveground world.

Sam wore an elephantine navy wool peacoat that he had inherited from his roommate, Marx, who had bought it freshman year from the Army Navy Surplus Store in town. Marx had left it moldering in its plastic shopping bag just short of an entire semester before Sam asked if he might borrow it. That winter had been unrelenting, and it was an April nor’easter (April! What madness, these Massachusetts winters!) that finally wore Sam’s pride down enough to ask Marx for the forgotten coat. Sam pretended that he liked the style of it, and Marx said that Sam might as well take it, which is what Sam knew he would say.

Like most things purchased from the Army Navy Surplus Store, the coat emanated mold, dust, and the perspiration of dead boys, and Sam tried not to speculate why the garment had been surplussed. But the coat was far warmer than the windbreaker he had brought from California his freshman year. He also believed that the large coat worked to conceal his size. The coat, its ridiculous scale, only made him look smaller and more childlike.

That is to say, Sam Masur at age twenty-one did not have a build for pushing and shoving and so, as much as possible, he weaved through the crowd, feeling somewhat like the doomed amphibian from the video game Frogger. He found himself uttering a series of “excuse mes” that he did not mean. A truly magnificent thing about the way the brain was coded, Sam thought, was that it could say “Excuse me” while meaning “Screw you.” Unless they were unreliable or clearly established as lunatics or scoundrels, characters in novels, movies, and games were meant to be taken at face value—the totality of what they did or what they said. But people—the ordinary, the decent and basically honest—couldn’t get through the day without that one indispensable bit of programming that allowed you to say one thing and mean, feel, even do, another.

“Can’t you go around?” a man in a black and green macramé hat yelled at Sam.

“Dammit, I almost had it,” a woman with a baby in a sling muttered as Sam passed in front of her.

Occasionally, someone would hastily leave, creating gaps in the crowd. The gaps should have been opportunities of escape for Sam, but somehow, they immediately filled with new humans, hungry for diversion.

He was nearly to the subway’s escalator when he turned back to see what the crowd had been looking at. Sam could imagine reporting the congestion in the train station, and Marx saying, “Weren’t you even curious what it was? There’s a world of people and things, if you can manage to stop being a misanthrope for a second.” Sam didn’t like Marx thinking of him as a misanthrope, even if he was one, and so, he turned. That was when he espied his old comrade, Sadie Green.

It wasn’t as if he hadn’t seen her at all in the intervening years.

They had been habitués of science fairs, the Academic Games league, and numerous other competitions (oratory, robotics, creative writing, programming). Because whether you went to a mediocre public high school in the east (Sam), or a fancy private school in the west (Sadie), the Los Angeles smart-kid circuit was the same.They would exchange glances across a room of nerds—sometimes, she’d even smile at him, as if to corroborate their détente—and then she would be swept up in the vulturine circle of attractive, smart kids that always surrounded her. Boys and girls like himself, but wealthier, whiter, and with better glasses and teeth. And he did not want to be one more ugly, nerdy person hovering around Sadie Green. Sometimes, he would make a villain of her and imagine ways that she had slighted him: that time she had turned away from him; that time she had avoided his eyes. But she hadn’t done those things—it would have been almost better if she had.

He had known that she had gone to MIT and had wondered if he might run into her when he got into Harvard. For two and a half years, he had done nothing to force such an occasion. Neither had she.

But there she was: Sadie Green, in the flesh. And to see her almost made him want to cry. It was as if she were a mathematical proof that had eluded him for many years, but all at once, with fresh, well-rested eyes, the proof had a completely obvious solution. There’s Sadie, he thought. Yes.

He was about to call her name, but then he didn’t. He felt overwhelmed by how much time had passed since he and Sadie had last been alone together. How could a person still be as young as he objectively knew himself to be and have had so much time pass? And why was it suddenly so easy to forget that he despised her? Time, Sam thought, was a mystery. But with a second’s reflection, he thought better of such sentiment. Time was mathematically explicable; it was the heart—the part of the brain represented by the heart—that was the mystery.

Sadie finished staring at whatever the crowd was staring at, and now she was walking toward the inbound Red Line train.

Sam called her name, “SADIE!” In addition to the rumble of the incoming train, the station was roaring with the usual humanity. A teenage girl played Penguin Cafe Orchestra on a cello for tips. A man with a clipboard asked passersby if they could spare a moment for Muslim refugees in Srebrenica. Adjacent to Sadie was a stand selling six-dollar fruit shakes. The blender had begun to whir, diffusing the scent of citrus and strawberries through the musty, subterranean air, just as Sam had first called her name. “Sadie Green!” he called out again. Still she didn’t hear him. He quickened his pace, as much as he could. When he walked quickly, he counterintuitively felt like a person in a three-legged race.

“Sadie! SADIE!” He felt foolish. “SADIE MIRANDA GREEN! YOU HAVE DIED OF DYSENTERY!”

Finally, she turned. She scanned the crowd slowly and when she spotted Sam, the smile spread over her face like a time-lapse video he had once seen in a high school physics class of a rose in bloom. It was beautiful, Sam thought, and perhaps, he worried, a tad ersatz. She walked over to him, still smiling—one dimple on her right cheek, an almost imperceptibly wider gap between the two middle teeth on the top—and he thought that the crowd seemed to part for her, in a way that the world never moved for him.

“It’s my sister who died of dysentery, Sam Masur,” Sadie said. “I died of exhaustion, following a snakebite.”

“And of not wanting to shoot the bison,” Sam said.

Sadie threw her arms around him. “Sam Masur! I kept hoping I’d run into you.”

“Well, maybe I hoped it would be organic,” Sadie said. “And now it is.”

NIMBYism vs YIMBYism: How to Reinvent the City to Solve the Homelessness Pandemic

All the Tears in China by Sulari Gentill, Read by Rupert Degas 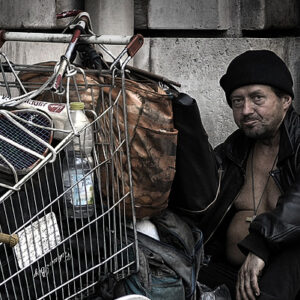 NIMBYism vs YIMBYism: How to Reinvent the City to Solve the Homelessness Pandemic Hosted by Andrew Keen, Keen On features conversations with some of the world’s leading thinkers and writers about the economic,...
© LitHub
Back to top